Jesuroga and Lopez to Headline Night of Conflict in Des Moines 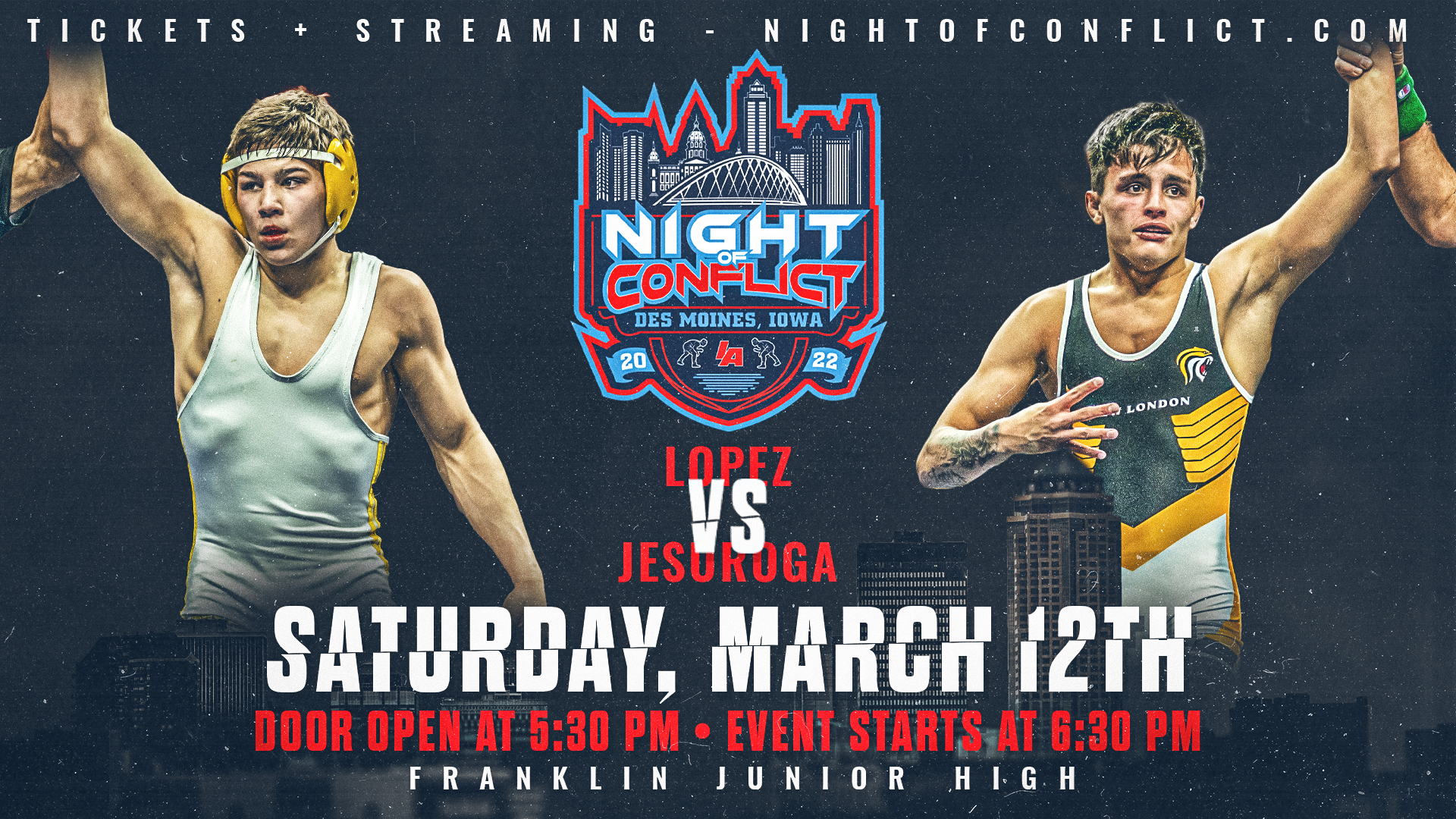 With a premier event, you need marquee talent and some would say it doesn’t get any bigger than a match between Nate Jesuroga of Southeast Polk and Marcel Lopez of New London. The duo have a combined six state titles and are among the best lightweights in Iowa, the country, and in Jesuroga’s case, the world.

Two weekends ago, Lopez put his name into the state’s history book by becoming the 30th wrestler to win four state titles at the Iowa high school tournament. He displayed a high level of dominance in particular over the last two years being named a finalist for the Dan Gable Mr. Wrestler of the Year Award in both 2021 and 2022. This past season he brought home the trophy for Class 1A over the likes of Gable Porter and Chet Buss. The three-time state champion has amassed over 200 career wins and will continue wrestling at Southern Illinois University-Edwardsville.

Jesuroga has also has is place in the state’s history after he won a bronze medal United World Wrestling’s Cadet World Championships. He’s also won two state titles in Class 3A, and was a third place medalist as a freshman. Like Lopez, Jesuroga has also been named a finalist for the Dan Gable Mr. Wrestler of the Year award in both 2021 and 2022. The No. 1 pound-for-pound wrestler in Iowa has committed to the University of Iowa.