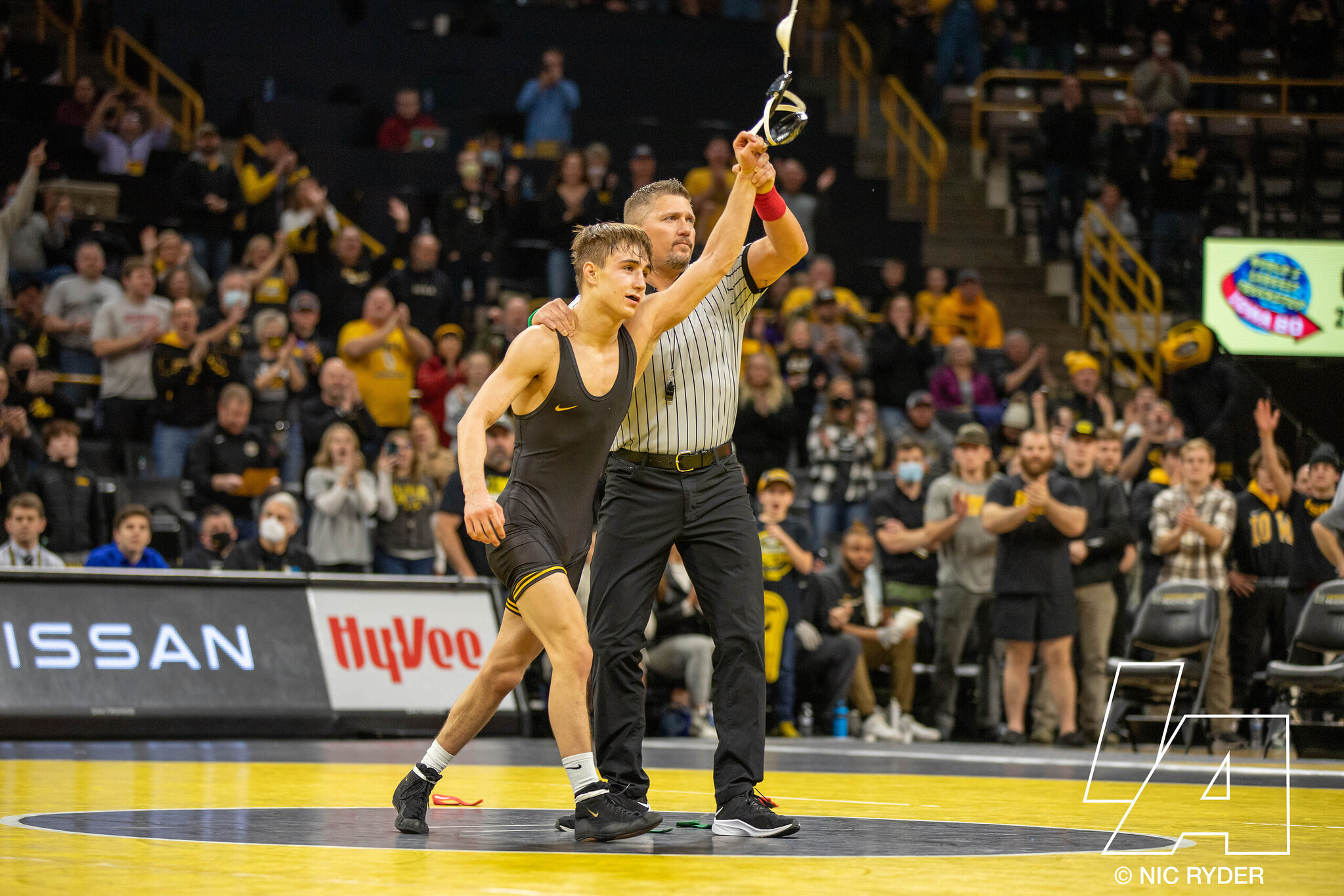 e’s no question that Drake Ayala has big shoes to fill, having his redshirt pulled and stepping into Iowa’s vacancy at 125 pounds after it was announced that three-time NCAA champion Spencer Lee would be sidelined for the 2021-22 season following ACL surgery.

In the realm of dominant collegiate wrestling – a slate of incredibly dominant Big Ten wrestling and a giant dual vs. Oklahoma State incoming – he’s already no stranger to tough opponents. In his first match ever at Carver-Hawkeye Arena on Friday, Ayala fell to No. 7 Patrick McKee in a tight 8-6 decision.

But, as the recent Hawkeye starting true freshmen know, the success at Carver comes quickly. On Sunday afternoon, it did. Rated No. 14, Ayala defeated Purdue’s No. 5 Devin Schroeder by a dominant and decisive 6-1 decision.

“I wouldn’t say I was really thrown in the fire….”