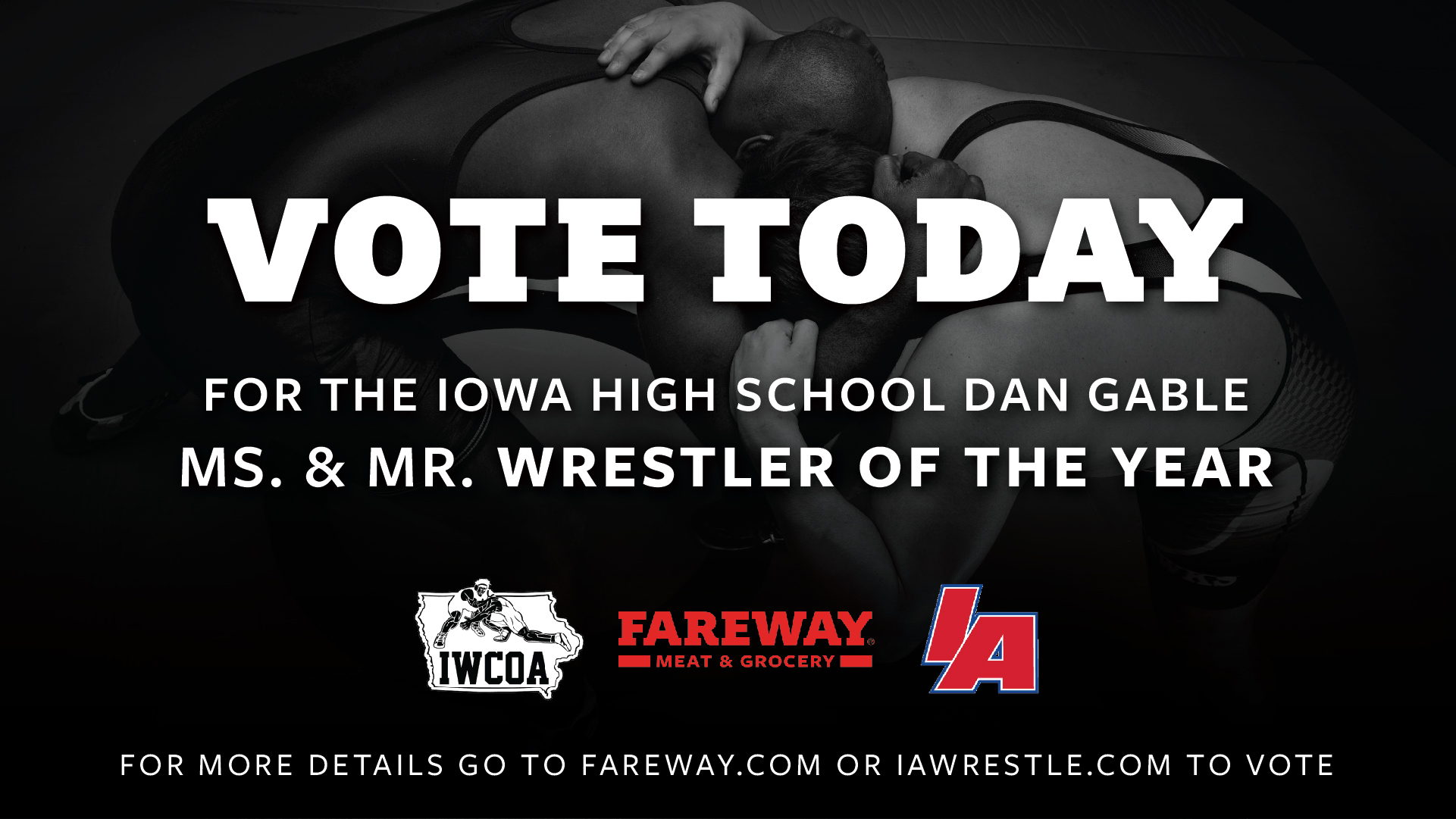 The IWCOA accepted nominations from high school coaches for student athletes in each of the three state wrestling classes for the men and combined all classes for the women’s award, regardless of their year in school and weight class. A committee selected by the IWCOA recently provided IAwrestle with a list of 15 finalist candidates for public input.

Fans have the ability to vote once per day for their top wrestler in each category until January 25th, where it will be narrowed down to the top 7. Another round of voting will take place from January 25th-February 8th to determine the three finalists which will be announced at the 2022 IHSAA State Wrestling Tournament.

Please note, the fan vote winners will count as ONE vote towards the IWCOA’s committee votes in EACH round. (For example: Wrestler A received enough fan votes to place second in the poll but that does not guarantee them to move on to the next round. IWCOA has selected 12 coaches and officials to serve on the committee. The fan vote, this poll, is the 13th vote to break up any ties.)

The awards banquet will take place at the in Boone, Iowa at the Fareway Headquarters.

MS. WRESTLER OF THE YEAR