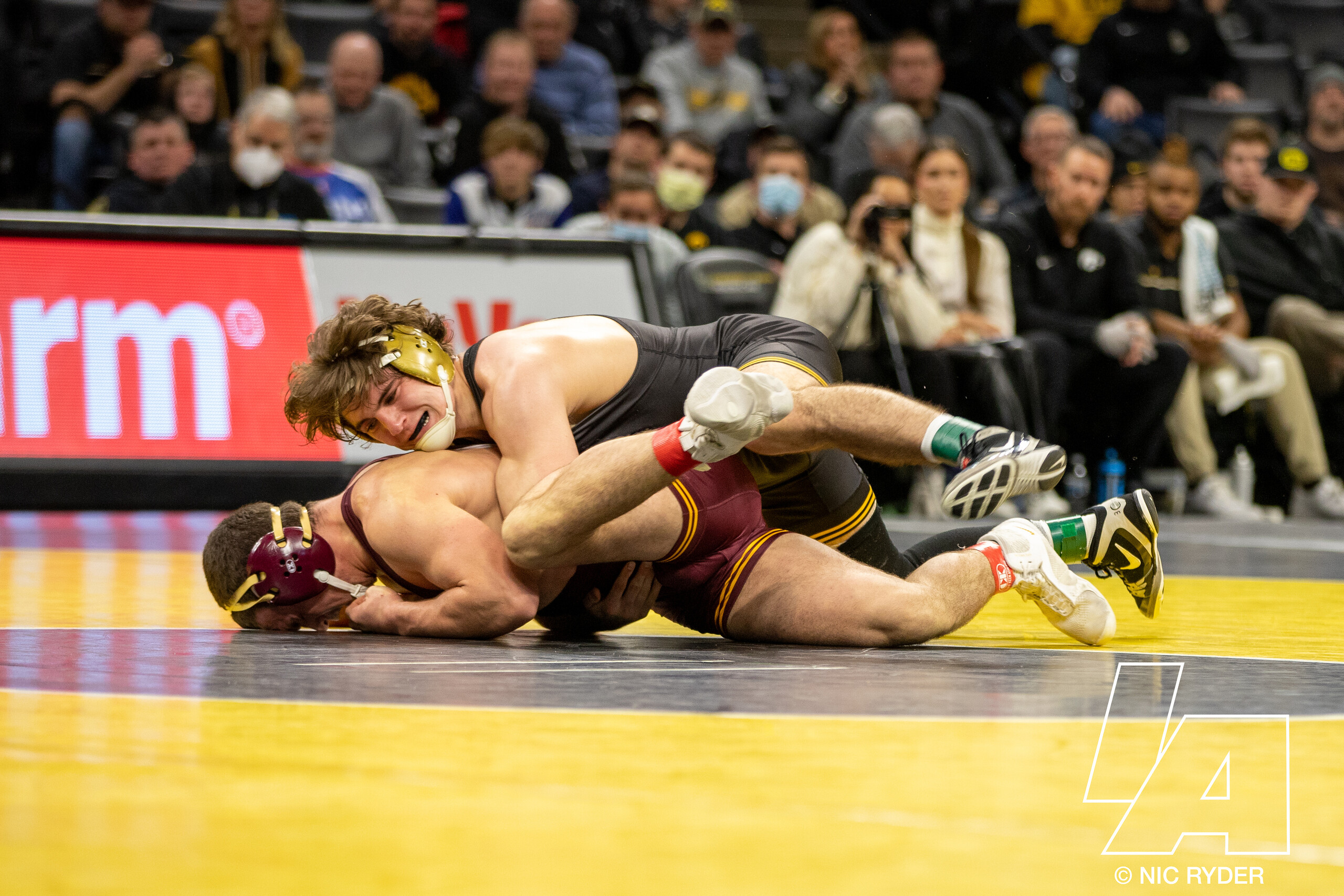 The Hawkeyes will follow up their double dual weekend with another, this time it will be on the road. Last weekend the Hawkeyes picked up a 22-10 victory over northern rival Minnesota and then added a 36-4 drubbing over Purdue on Sunday. This time the Hawkeyes’ schedule will take them to the state of Illinois where the will take on Northwestern on Friday night, and Illinois to round out the weekend.

In their probables, Iowa listed five different backup options alongside all of the ten normal starters. With Iowa in the middle of a tough stretch in their schedule, it wouldn’t be out of the question to see a rotation this weekend to keep the squad fresh and healthy for the duals to come.

After a debut weekend that featured wrestling a third place All-American and the returning Big Ten runner-up, things aren’t about to get any easier for Iowa’s 125-pound Drake Ayala. The true freshman split his matches on the weekend, but his victory on Sunday was over a top five opponent, and he made his debut in the rankings at #12. He will have a chance to improve that ranking this Friday when he faces #7 Michael DeAugustino, who made his season debut this past weekend for the Wildcats.

Ayala has been thrown right into the thick of it when it comes to competition, but so far he’s responded well to facing high level opponents.