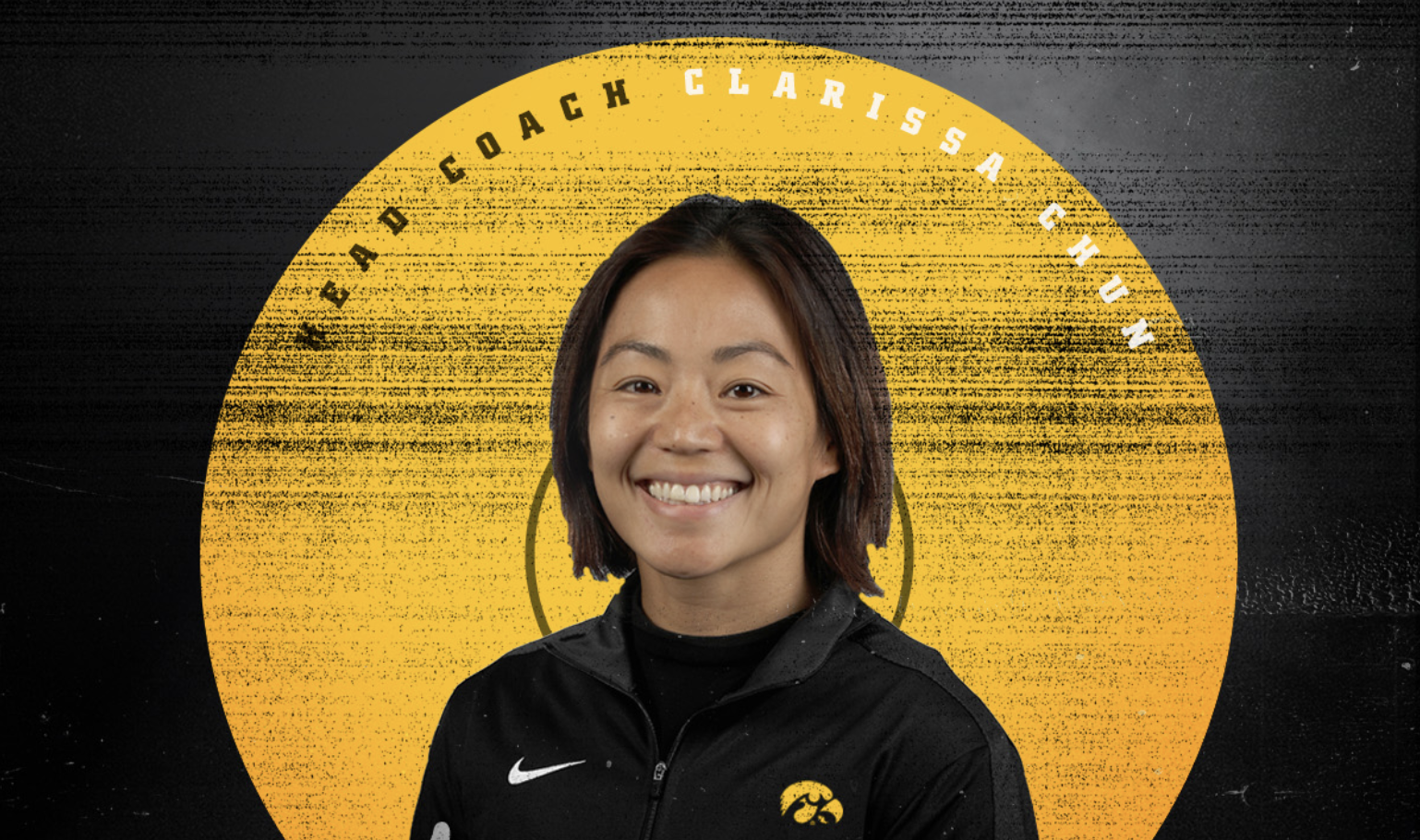 IOWA CITY, Iowa – Clarissa Chun has been named head coach of the University of Iowa women’s wrestling team. The announcement was made Thursday by Gary Barta, Henry B. and Patricia B. Tippie Director of Athletics Chair.

“Clarissa is the perfect fit to lead us in our journey to build a championship women’s wrestling program,” said Barta. “Her credentials speak for themselves, and her approach and philosophy match well with our Win. Graduate. Do it Right. values.”

Chun is the first head coach in the history of the program. Iowa announced on Sept. 23, 2021, that it was adding women’s wrestling as an intercollegiate program, becoming the first NCAA Division I, Power Five conference institution to offer the sport.

“It is an honor to be involved in a historic and exciting opportunity for young women across the country to compete as Hawkeyes in women’s wrestling,” said Chun. “I want to thank Gary Barta, Barbara Burke and Tom Brands for their initiative and leadership, which is going to make a positive and lasting impact on the wrestling world. This didn’t happen overnight; it took a lot of hard work and investment from community members and the University of Iowa’s administration, and I send a sincere thank-you to all who have worked to make this happen.

“It is a privilege to be a part of the Hawkeye brand. With that comes great responsibility and high expectations. I am ready to meet those challenges and I am excited to build a winning program in Iowa City, Wrestling Town USA.”

“Gary Barta and Barbara Burke said from the beginning that they would target the best person for the job and that’s exactly what they did,” said Iowa men’s wrestling head coach Tom Brands. “Clarissa Chun has charisma. She has credentials. She has championships. She commands respect and the wrestlers that come to school here are going to love her. This is a big deal for the University of Iowa.”

“I am grateful for Coach Terry Steiner’s leadership and mentorship and look forward to continuing our partnership and developing future national, world and Olympic champions for the United States of America. I cannot thank USA Wrestling enough for helping me grow as a person and coach,” said Chun.

In the United States’ most recent showing at the 2021 World Championships in Oslo, Norway, the women’s team won two gold, two silver and three bronze medals, a historic seven-medal performance that led Team USA to a second-place finish.

Prior to being hired at USA Wrestling, Chun was among the most accomplished athletes in international wrestling.

During her career, Chun won five U.S. Open titles. She was a 2011 Pan American Games silver medalist and won four gold medals at the Pan American Championships. She was a runner-up at four U.S. World Team Trials and three U.S. Opens, in a career which spanned 18 years competing at the Senior level.

Chun competed for Missouri Valley College, where she was a star on one of the pioneer women’s college wrestling team programs. She made the Senior Women’s National Team while still a student at Missouri Valley.

After leaving college, Chun became a U.S. Olympic Training Center resident athlete for many years, but has also trained at Regional Training Centers on college campuses.

Chun has coaching experience at both the international and college levels. She was a member of the men’s wrestling staff at West Virginia University, serving as the program’s Operations Assistant while also training at the Regional Training Center.