Behind the Club: Bonus Points 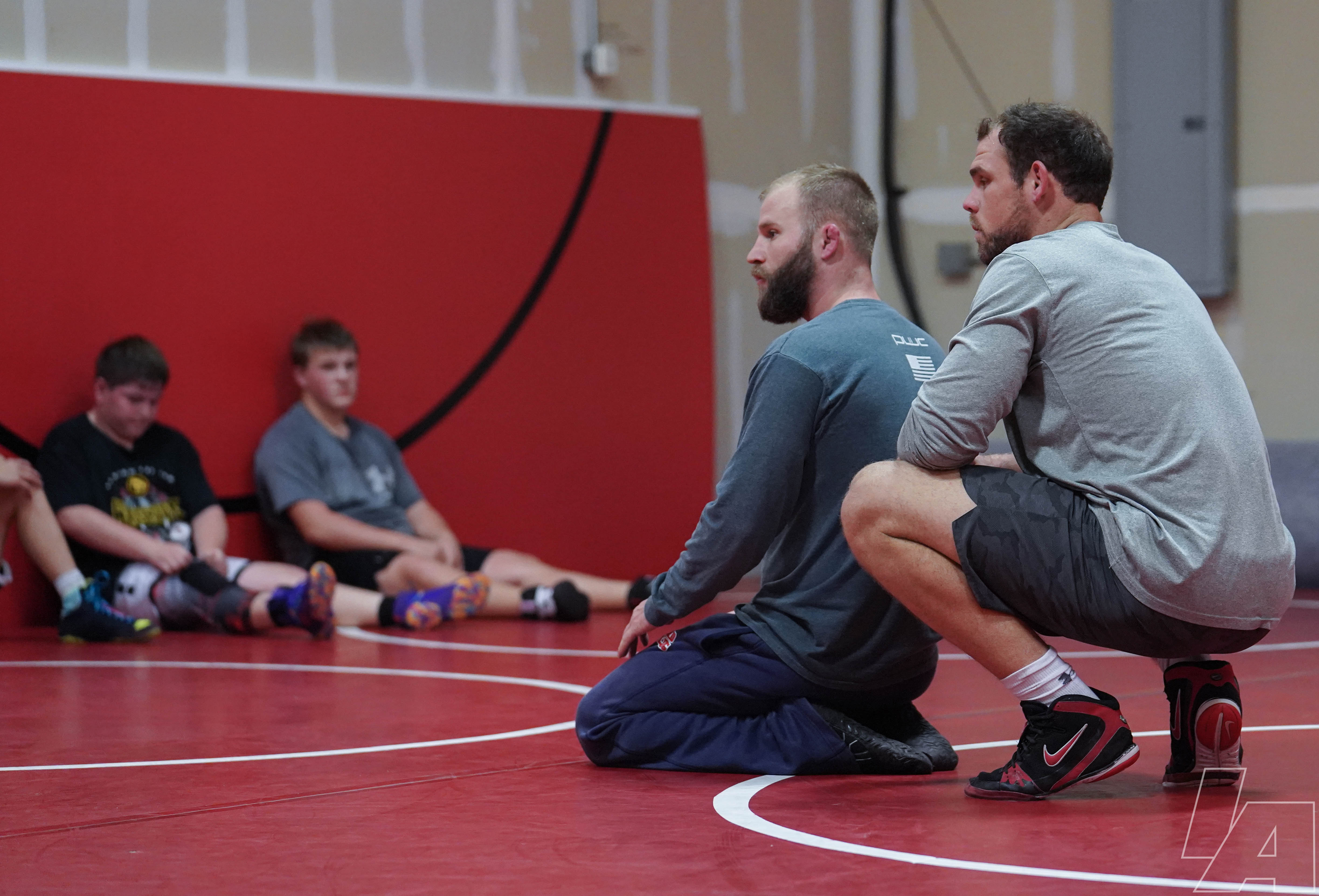 By Randi Yeager
(Behind the Club Photos | Video)

Recently I had the opportunity to go into the Bonus Points room to talk with coaches and see what practice is all about in Grimes, Iowa. Bonus Points wrestling club is a little different than most clubs. First, Tanner Hiatt started it out of Ballard about four years ago, Ross Larson joined him his second year and within the last two years Luke Reiland, owner of 80/35 Crossfit, jumped on board and gave them the opportunity to bring their club to a new location in Grimes. These guys seem to work really well together and have a well oiled machine built in just a couple of years. Luke takes more of the behind the scenes role and does a lot of the organization of the club, calling himself the assistant, which allows Ross and Tanner to really focus on coaching. Luke is in the room coaching and helping out as well and is no stranger to wrestling himself. It really seems like this is a perfect setup for all three of these guys and they jumped on a great opportunity when it appeared.

They are a smaller club and prefer it that way. They like to keep the one-on-one attention and are really focused on building young athletes into great people and wrestlers long term.  The way they run their room it is clear what their expectations are and the kids in the room know what to expect. They are focused and ready when dodgeball ends and practice begins.

Every kid that walked into the room was greeted by name and it was pretty obvious that the coaches had a relationship with each athlete. They talked about school work, school projects, wrestling, other sports, how their days had gone, practice the night before and the kids definitely felt accepted. They got their shoes on and dodgeball started. I have yet to enter a wrestling room where the coaches aren’t playing an intense game of dodgeball with the kids and this room was no different. Age did not matter in making it to the finals.

One thing that stuck out to me is that when dodgeball was done they got straight to work. Dodgeball was the warm up. They went straight into drilling and did so for a majority of the practice. Both Ross and Tanner were very picky on making sure they were drilling correctly and would stop to fix what needed to be fixed as a group. The live wrestling in the room was situational and going from positions they had drilled. In talking with the kids and seeing the interaction between them and the coaches, there is no mistaking the mutual respect they have for each other. There was very little, if any, redirection. Every kid was focused and working hard. I think that is a huge testament to the way Tanner, Ross and Luke run the room. The athletes trust their coaches 100% and I can see why. They are there to help grow them as people and as wrestlers and have dedicated their time to help them.

Ross, Tanner and Luke are very familiar with what it takes to be successful in this sport as they all have their own impressive athletic careers.

Tanner Hiatt was a USA and Fargo National Champion, and went on to qualify for Iowa High School State Championship 4x, and win a 2009 Title with a 188-8 record.  Tanner went on to wrestle at the University of Northern Iowa but suffered a career-ending injury and shifted his focus to coaching.

Luke Reiland was a 1998 AAU State Champion and went on to be a 3x Iowa State High School State Qualifier.  Wrestling for Eagle Grove High School, Luke was the 2000 Runner-Up at 103lbs, took 4th in 2001 at 125lbs, and in 2002 captured a State Championship at 140lbs.  Luke finished high school with a 129-21 record.  Luke went on to play baseball in college and compete as a high-level CrossFit athlete for the past 10 years. Luke was Assistant Coach at North West Middle School (Iowa City), and Volunteer Assistant for Iowa City West, 2008-2011, under Mark Reiland (Hall of Fame Coach).

You can find them in the practice room near 80/35 West in Grimes 3-4 nights a week grinding to get better.