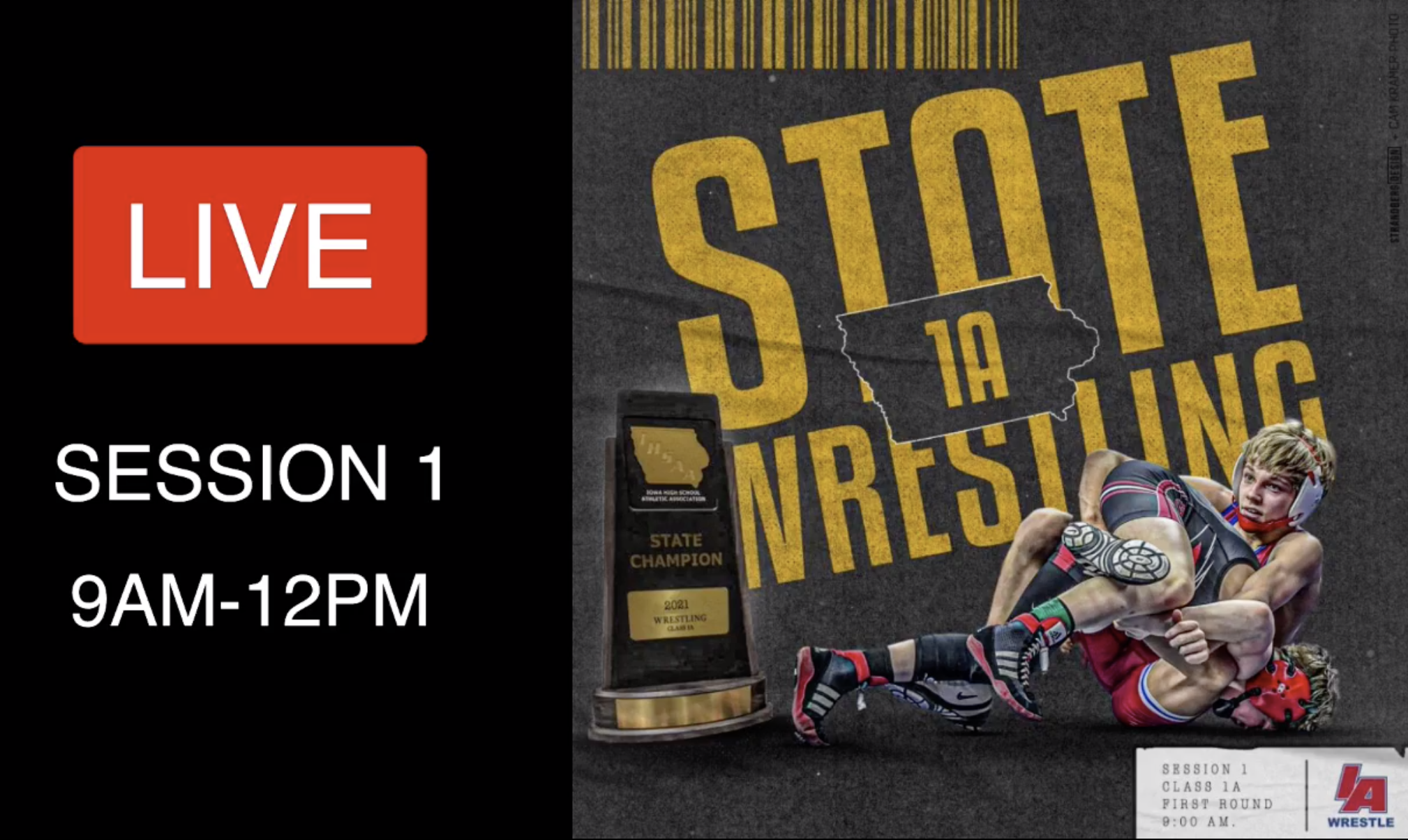 1A – Notable Upsets and Ranked Match-ups

CLASS 1A MATCHES TO WATCH

Most of the time, these matches to watch are ones that we haven’t seen yet, and are curious how the two match up. This one is not the case. This will be the 4th match up this year between these two and 3rd in 3 weeks. Kimball and Reed met for the first time this year at the Hudson Invite on January 16th (Kimball won 4-2). Then the two met in the sectional and district finals. Kimball won at sectionals by fall and then won at districts 6-3. Any match involving Bosco, Lisbon, or Logan-Magnolia will have team race implications, so that makes this one more interesting. Kimball is 3-0 against Reed this year, but all three have been back and forth matches.

With the new seeding format, not many of these first-round match ups feature two ranked wrestlers inside the top 8. This match will be one of the few. Clark was in Illinois his first two years of high school and managed to secure a state runner up finish there. Clark has 5 losses on the year, but 4 of them have come at the hands of #1 Beau Klingensmith by a total of 9 points. His other loss was out of state. West Sioux will be looking to sneak into trophy contention, and Clark finishing high will help that out greatly. Meyer placed as a freshman and sophomore at the state tournament 5th and 8th places respectively. Last year he was injured before the postseason.

The rebracketing at 132 took away the Ferguson/Nelson match that was originally in the 10 matches to watch. This one is the fill in. Happel and Nelson wrestled on January 9th and Happel came out on top 7-2. Happel got 2 takedowns, 2 nearfall, and an escape. Nelson’s points came off of escapes. Happel is the favorite and needs to have a good showing for Lisbon’s title chances. Neither wrestler has placed yet at the state tournament. Nelson is making his 2nd trip to state after losing out in the bloodround last season. Nelson has some solid wins over ranked opponents this year highlighted by a 6-4 win over 2A #2 ranked Averee Abben of Osage. The winner here gets Hagen Heistand of Logan-Magnolia in the quarters.

4 of Klostermann’s losses have come from #1 Avila and #3 Rahnavardi. Klostermann is making his first trip to state after not making it his freshman year. Klostermann is only a sophomore. Ehlen is a senior and making his 4th state tournament appearance. He went 0-2 and 1-2 his first two seasons before making it on the podium last year finishing 7th. Ehlen is no longer the underdog since he is the 4th seed, but this is a very deep weight. I could see the sophomore giving the senior all he can handle here.

Not necessarily a toss up match here. With the new seeding format though, this was one of the few #1 ranked wrestlers that matched up with a wrestler ranked inside the top 10. Entriken was 5th a year ago. 2 of his losses this year are to #2 Cael Frost at #1 at 152 Max Magayna. Golston qualified last year at 145lbs and made the quarterfinals before dropping two straight matches to lose out in the bloodround. Probably the match most likely to get out of hand in this top ten list, but there just aren’t as many landmines for #1 ranked wrestlers in the first round this year.

Anytime Lisbon or Bosco goes up against another ranked wrestler, it is a match to watch. 170 is a fairly wide open weight throughout the middle, so rankings will not hold a ton of weight. Kohl lost in sudden victory last year in the bloodround. Clausen did not qualify last year. Max Kohl beat Kolby Scott of MVAO last year in the first round who does have a win over Clausen this year. Kohl is definitely favored.

Another ranked match up for a team with a shot at the team title. Dennison put himself into serious podium contention with his win over then #2 Carson Lynott of West Sioux in the sectional finals. Lynott would go on to avenge that loss 13-0 at districts, but that sectional result still happened. These two actually met up on January 9th at the Tripoli Invite where Dennison defeated Moore 6-4 in sudden victory. A win here could be the difference between one of these guys making the awards stand and the other losing in the bloodround.

Going strictly off rankings here, this the 1st round match up in 1A featuring the two highest ranked wrestlers. Both of these guys are hungry to reach the podium after both losing in the bloodround last season. Francis just took his first loss of the season at districts to #1 ranked Tristan Mulder 7-3. Thompson has 4 losses on the year.

The only match to watch where one of the wrestlers isn’t ranked. This will be the 4th match up between these two this year. Thiry won the first two by a pin back in mid-December and then a 3-0 decision at districts. Morris was able to avenge those losses in the district finals when he beat Thiry 8-4. A lot of familiarity with each other here. This is actually the 2nd year in a row these two met up first round. Last year Thiry pinned Morris in the 2nd period. They also met earlier last year too and Thiry won that match also 12-0.

An intriguing match here with Kruse wrestling 195 most of the season. Now all of a sudden he has made the jump to wrestle guys almost 100lbs more. All of Kruse’s losses came to highly ranked wrestlers. Kruse made the jump to 285 because #1, #2, and #3 were all in his district at 195. This is Kauffman is 4 for 4 in qualifying for the state tournament. He is 1-6 at the state tournament so far though. This match will be another one where the loser likely doesn’t place. The winner will be sitting in a lot better place in the bracket.