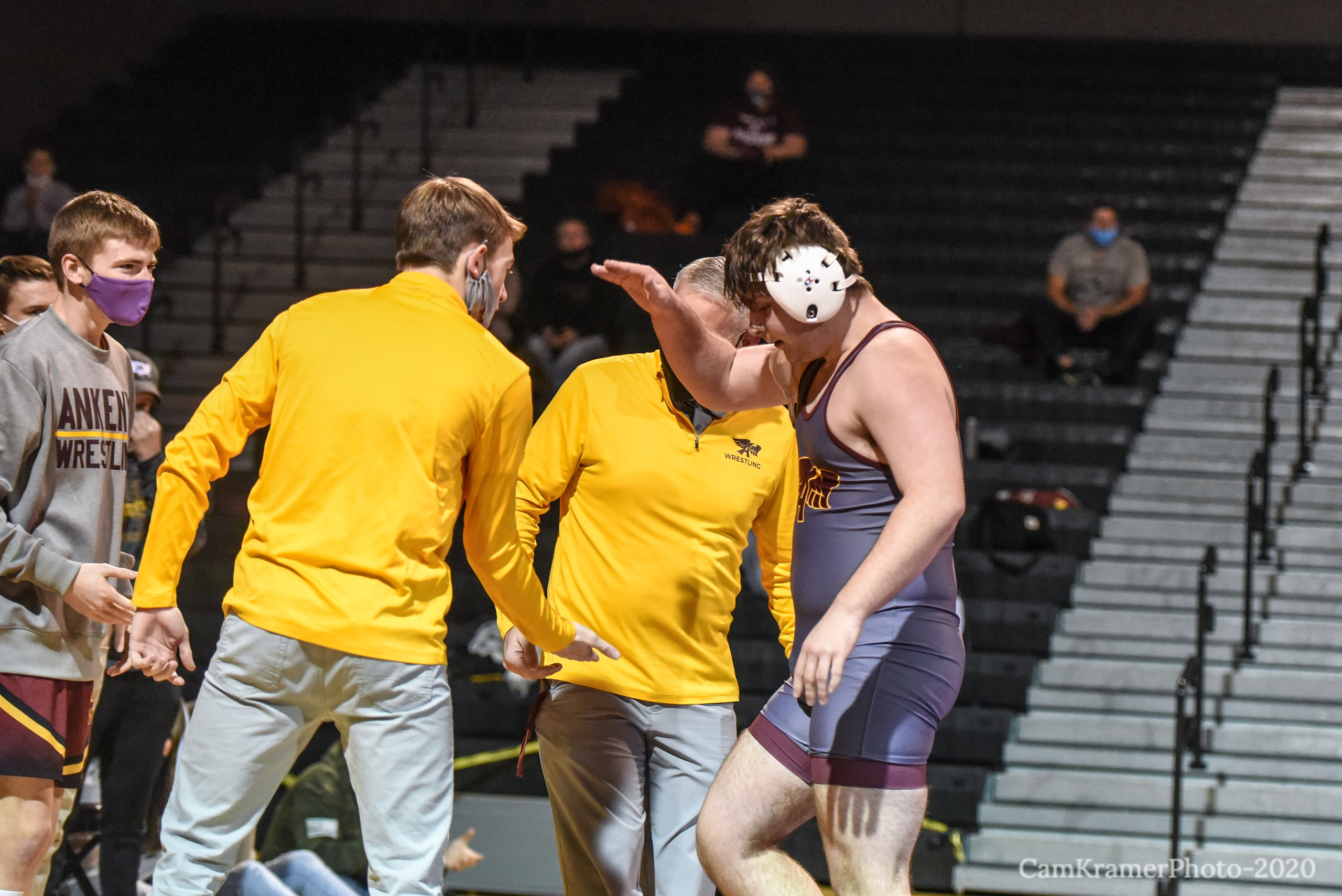 IAWrestle’s first-ever Dual Day Event last weekend was a success and there’s no reason to think this weekend’s Dual Day will be any different. This weekend will be headlined by Class 3A’s #1 Southeast Polk vs #2 Waverly-Shell Rock. Throw in #14 Dubuque Hempstead and #15 Ankeny and we have an action packed Saturday full of high level wrestling LIVE for our Rokfin subscribers.

Southeast Polk and Waverly-Shell Rock are always trophy contenders at the state tournament, but Ankeny and Dubuque Hempstead are no slouches either. All 4 teams regularly send kids to Wells Fargo and come home with hardware.

As far as duals go, these teams have all enjoyed a good amount of success, as they’ve all had double digit dual wins for the past three seasons.

Southeast Polk edges the field in winning percentage thanks to back to back undefeated seasons, but Waverly and Hempstead are neck and neck.

The key to their success has been scoring points in duals. Three of the four teams average above 42 points per dual, while Ankeny sits at 41.9. It’s hard to lose duals when you score half the maximum available points.

It’s one thing to score points, but these teams have done a pretty good job of not allowing them either. In 199 duals over the past three years, only 15 have come down to a single match.

The key to notching so many decisive victories is bonus points. That’s something these teams all do well. You know you’re doing well on bonus points when you’re averaging less than two decisions per dual.

Another key to those big victories is not getting pinned. More often than not, the team that pins the most, wins the most.

Waverly has the most duals under their belts this season, thus has the most wins. Southeast Polk and Dubuque Hempstead are both undefeated though.

Ankeny has faced a stiff schedule so far, so their .500 record is deceiving. All four teams have a positive margin when it comes to dual scores, but Dubuque is just a step above the rest of the teams.

Pinning opponents is only half the battle. Not getting pinned is the other key to keeping that victory margin high, and all four teams average more pins than they give up.

Waverly-Shell Rock has had more blowouts than the rest of the teams combined but I’m not sure how much help that experience will be for this weekend. These duals will likely be close and Southeast Polk has come up clutch in two huge duals back to back now.

Be sure to tune in Saturday, January 9 for pre-match coverage including coaches interviews and dual breakdowns at 11:30 am. The first whistle will blow at 1 pm.