SEP vs. WSR: A Rare, Regular-Season Rematch of State Duals 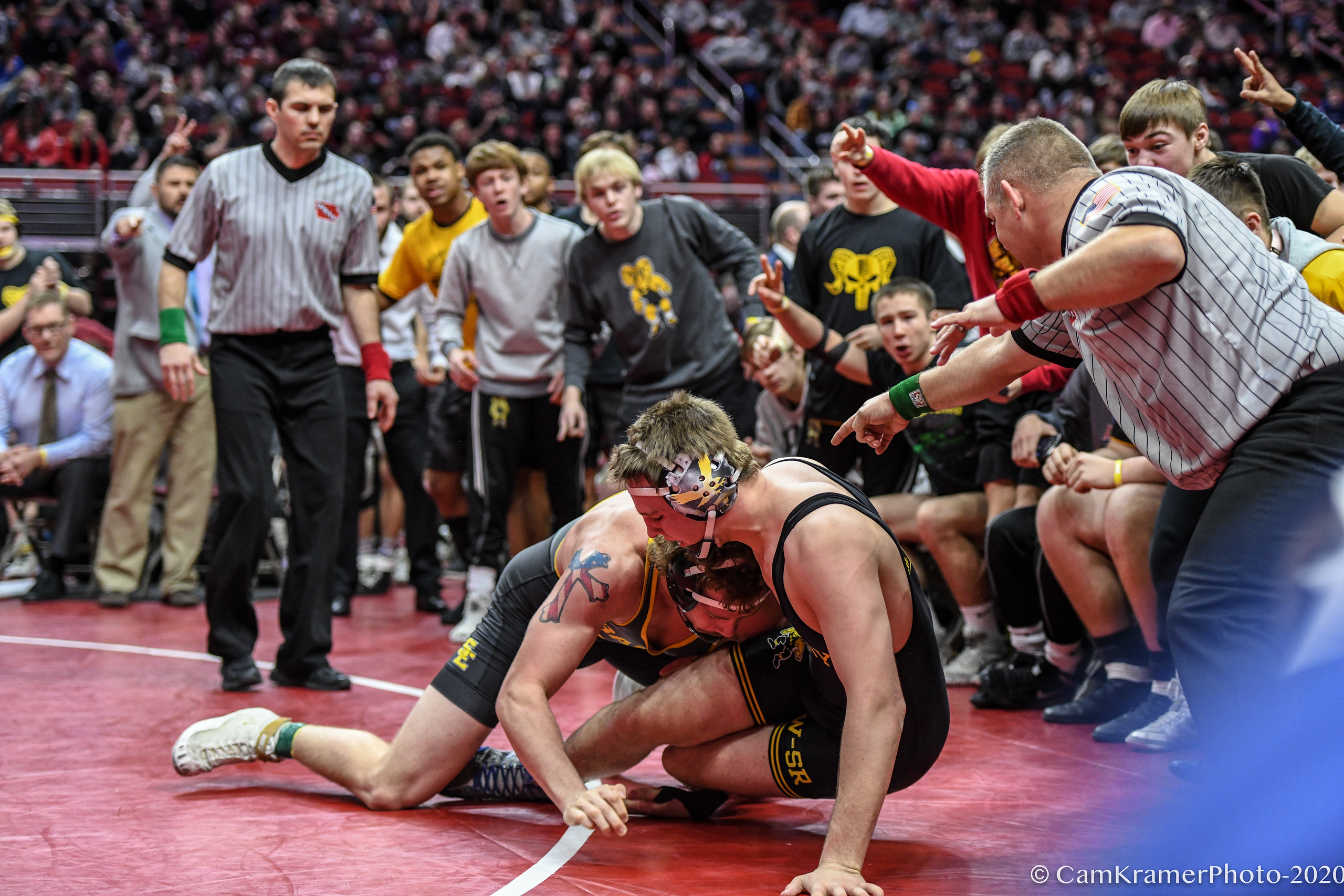 This weekend brings the next installment in what has been a battle for the top of the IAHSAA wrestling podium in Wells Fargo Arena for the past two years.

Southeast Polk and Waverly-Shell Rock face off in a rare regular season dual at Dubuque Hempstead on Saturday live on IAwrestle’s Rokfin., thanks in large part to the novel coronavirus pandemic that has shaken up each teams’ regular competition schedule.

“Polk was supposed to be at the Cheesehead, and we were supposed to be at the Clash and [Dubuque Hempstead coach] Brett [Haas] kind of noticed that and said, ‘Hey, let’s get together and wrestle.’” WSR head coach Eric Whitcome said. “It was something that the three of us really wanted to do anyway at some point, being able to bring our teams together, and so we’re fortunate for that.”

In large part, this weekend for all three teams serves as a measuring stick for where they are now and how far they have to go until they take the mats in Des Moines from February 18-20.

It provides WSR and SEP a unique advantage, too, to get a practice run at a possible dual team finals matchup when the season comes down to the wire.

“Getting tough competition is important because we want our guys to face come adversity and be put in some tough situations and tough spots before the state tournament,” SEP first-year head coach Jake Agnitsch said. “You don’t want their toughest match to be at the state tournament.

“We try to find losses and find tough situations for them, and then hopefully they step up and if they don’t step up at that time they will by the end of the year.”

The history between WSR and SEP is long, going back to Rick Caldwell’s head coaching days before Whitcome took over in 2011. The Go-Hawks won four state dual titles in six years from 2005-2010.

“In the last two years [state duals] has been the first time we’ve gotten to see each other,” Whitcome said. “I think they’ve been fortunate where… they were strong all the way through, and we maybe had some gabs to compete at the level for a dual team that we just fell a little short.

“At the same time, hats off to our guys, we’ve been in a bunch of competitive duals in the last couple of years to win a state title and been right there with them.”

Each program’s storied history and how they have each been able to rise with each athlete class is a testament to the coaching staffs. Jason Christenson, SEP’s former head coach, was able to raise SEP to the level WSR once was at. Now, Whitcome and his athletes are in the midst of doing the same.

Both Whitcome and Agnitsch attest to the importance of coaching staffs being in it for the right reasons. When they are, good things happen, and the fun really begins when you get two of the best teams in the state going round-by-round with each other.

“It’s more so just putting a good staff around the kids and investing in them year-round,” Agnitsch said. “I think over time if you do those things and if you’re in it for the right reasons, the kids will see that, and they’ll want to keep stepping up when it’s their turn.”