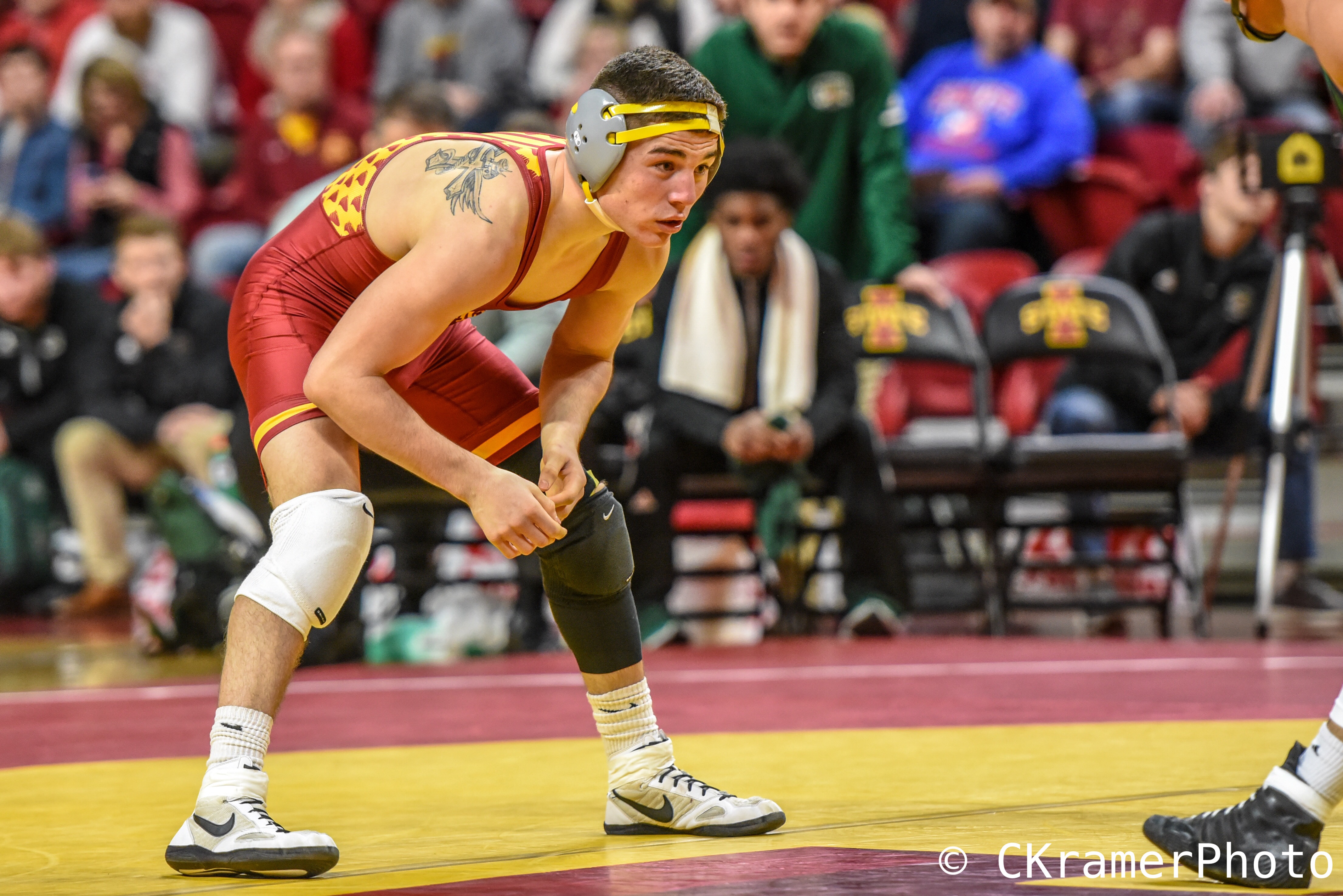 AMES, Iowa – After a series of injuries, and concern for his health, Iowa State wrestler Austin Gomez has decided to medically retire from the sport of wrestling.

“I had to sit down with myself, our athletic trainer, doctors, coaches, and my family to make this decision,” Gomez said. “Although I feel like I have so much more fight left in me, my health has to come first when dealing with this injury. I thought I’d wrestle until my body told me I couldn’t do it anymore, but God has a different plan for me than I did for myself. Wrestling has taken me so far in life and I can’t thank the Iowa State staff for everything they have done for me while being able to compete.”

“We want nothing but the best for Austin,” head coach Kevin Dresser said. “His health and well-being is first and foremost. Although we only saw him on the mat for a short period of time, he brought all of us a lot of excitement with his style of wrestling.  We look forward to his continued involvement in our program and the impact he will have on his teammates.”

Gomez goes out as an endeared Cyclone. His high pace and big-move mantra we’re crowd pleasers at Hilton Coliseum. In 2019, Gomez qualified for the NCAA Championships at 133, wrestling to the round of 12. He finished the season with a 24-7 record, while going 11-3 in dual competition. That year he tallied 11 bonus-point wins, including four major decisions, four technical falls and three pins.

His pin over Roman Bravo-Young at the 2019 Southern Scuffle was named one of the top-10 matches of the season by FloWrestling. The Carol Stream, Ill., native was also a force in freestyle, qualifying for the 2018 Junior World Team at 57kg.

“Wrestling has taught me so much in life when it comes to discipline, toughness, accountability, and so much more. It has made me into the man I am today. I can’t thank my dad enough for introducing me to this sport and teaching me what I love to do.”

“The next step is to teach what I learned about this sport to kids and other wrestlers around the country. My plan is to stick around the Iowa State Wrestling program for as long as I can and support my team and help them accomplish their goals. It was a good run, but I’m excited for the next chapter in my life.”

While he is done competitively, Gomez plans to stick around the sport.