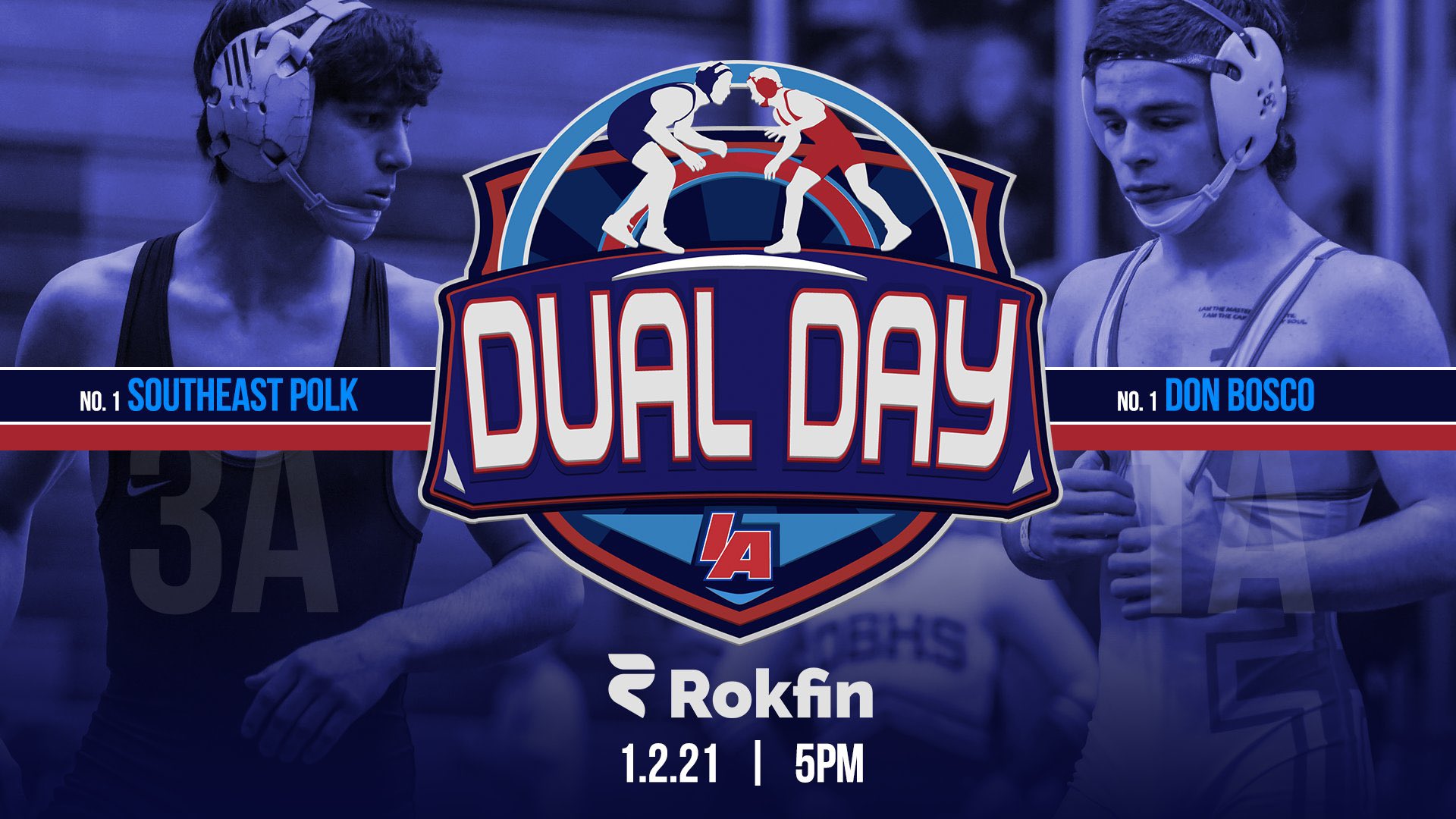 Data By Kolton Jensen
The inaugural DualDay Event for IAwrestle is this Saturday, January 2nd between two perennial title contenders in their respective classes. Class 1A’s Don Bosco and Class 3A’s Southeast Polk will go head to head in Gilbertville live on IAwrestle. Our live coverage is scheduled to begin at 4:30PM with previews, predictions, and coaches interviews followed by junior varsity matches at 5:30PM. The varsity dual could feature as many as 19 ranked wrestlers, including five wrestlers carrying a top ranking and three more who find themselves ranked second.

Both these teams are perennial contenders, and although Southeast Polk will only have one dual under their belt heading into the matchup, they’ve shown over the years that they’re an extremely tough team to beat. Don Bosco is 11-0 against 3A schools since 2017, including going 3-0 against Waverly-Shell Rock, the team that has arguably been Southeast Polk’s toughest opponent in recent years.

Here’s how both teams have fared in duals the last few years:

The Dons wrestle more duals mainly due to the fact that it’s more common to wrestle tri’s and quads in 1A and single duals are more common in 3A. That being said when you look at winning percentages, Southeast Polk narrowly edges Don Bosco thanks to back to back undefeated seasons.

Both of these teams are loaded from top to bottom almost every year. That’s obvious by the number of guys they send to state each year and the amount of hardware they bring home. Here’s what the last three years have looked like at Wells Fargo for both the individual and dual tournaments:

What really sets these teams apart from the field is their ability to score points at duals.

Neither team wrestles many close duals as each only have a pair of dual victories decided by a single match.

The obvious thing that sticks out is the amount of 50+ point victories for the Dons. They have that many for a couple of reasons. Being in Class 1A, the Dons regularly wrestle opponents that have five or more open weights. Don’t let that fool you though, because Don Bosco also wrestles one of the toughest 1A schedules in the state, so they earn those big victories quite often, too.

The key to such a large margin of victories is simple: Pin and don’t get pinned. This is something that both of these teams excel at as seen below:

Neither team gives up more than a pin per dual very often. That makes it very hard to beat the Rams and the Dons when they’re both averaging 6+ pins per dual. It’s not just pinning though. These teams are capable of scoring bonus points in every way. They both average just over a match and a half per dual without bonus points.

In conclusion, it’s obvious both of these teams are very good. On January 2, we’re gonna see the two of the best teams of the last three years finally go head to head in what’s sure to be an instant classic. Watch it all go down live on our Rokfin channel.