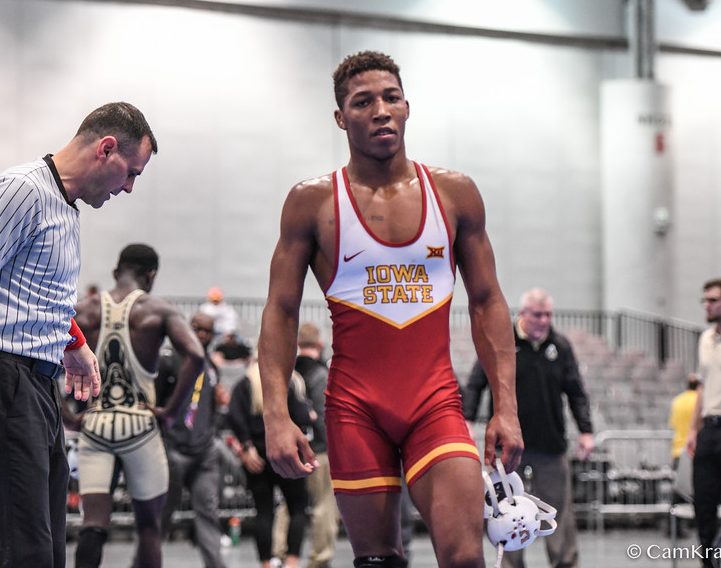 The consolation bracket has now concluded and with it, the Iowa Hawkeyes locked up team title number 24 thanks in part to a strong round on the backside. Seven Hawkeye wrestlers ended their tournament during today’s early session, and three more Hawks will battle for a national crown later this evening. Heading into the final session the Hawks lead Penn State 124 to 90, which will be a margin that will be too much for the Nittany Lions to overcome.

All said the Hawkeyes finished with a pair of wrestlers in the consolation finals, a pair in the fifth place bout, and a trio competing for seventh. Iowa went 3-4 in their final matches with Jacob Warner taking third, Alex Marinelli placing fifth, and Max Muring bringing home seventh. Other Hawkeye All-Americans include Austin DeSanto (4th), Tony Cassioppi (6th), Kaleb Young (8th), and Abe Assad (8th).

Finishing outside the top ten is Kevin Dresser’s Iowa State Cyclones who finished the year with two more All-Americans. Freshman standout David Carr capped off his inaugural season in the Cardinal and Gold with a third place performance it looked primed to be a big point scorer for the Cyclones moving forward.

Likewise, it was a breakthrough performance for junior Sammy Colbray who has descended a weight-class in each of his three seasons and finally found footing this year making the podium at 174 pounds. Colbray will bring home a sixth place medal to build on for his senior year.

Closing things out were the Panthers who also crowned two All-Americans. Two-time All-American Bryce Steiert rebounded from his semifinals loss to reach the consolation finals but will come away with a fourth place finish at 174 pounds. In his first podium appearance, Taylor Lujan will bring home a fifth place result from Minneapolis.