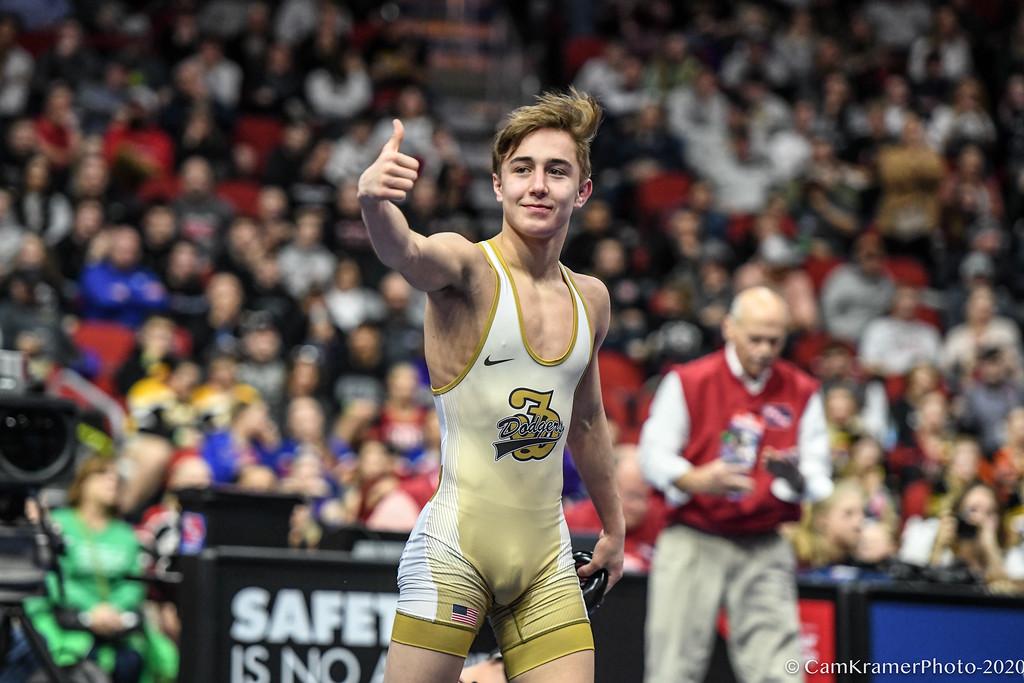 The long-awaited moment has finally arrived. The state’s top prep wrestler and national standout Drake Ayala has announced today that he has committed to the University of Iowa. As one of the most coveted lightweight preps in the country, Ayala had offers from numerous programs, but in the end the Fort Dodge native opted to stay in-state selecting one of the sport’s more storied programs.

Since entering this high school scene almost three years ago Ayala has always held the attention of many. Part of that was how he burst on to the scene by winning Fargo back in 2017. His national title would come roughly 18 months prior to his first high school state title.

Unsurprisingly to the many that know Ayala, he continued to rack up accolades adding a top-three performance at the Super 32 and Fargo the next year, and this past summer he added another national title to his resume, this time in the Junior division at Fargo. His performance led to many programs pursuing his talents, but in the end Ayala narrowed his list from many down to Iowa, Iowa State, and Ohio State.

“Everything really sold me (on Iowa). I think that is the place where I can grow the most and reach my goals.” Ayala told our own Tony Hager, “I’m looking forward to getting in the room and scrapping with all the guys.”

In picking Iowa Ayala looks to be the next in a potentially long line of lightweight standouts produced by Tom Brands and the Hawkeyes. The university has produced numerous All-Americans, NCAA champions, and World Team members at the lightest two weight classes over the past decade.

By securing Ayala’s commitment it also signals a big recruiting win for Brands and Company who were competing against rising programs like Iowa State and North Carolina.

This is the fourth commitment for the Hawkeyes 2021 class, with the first member being Missouri standout Wyatt Henson, who announced his verbal shortly after completing his official visit in mid-October, and the second was Colorado state champion Cam Lucero. The most recent recruit is his fellow instate commit Caleb Rathjen.

I’m excited to announce that I will be continuing my athletic and academic career at the University of Iowa. Thank you to everyone who has helped me get to this point. Go hawks!🐤 pic.twitter.com/BkZfP5r8r8

One thought on “Drake Ayala Announces Verbal to Hawkeyes”