Cyclones Take the Boomer Out of Sooners 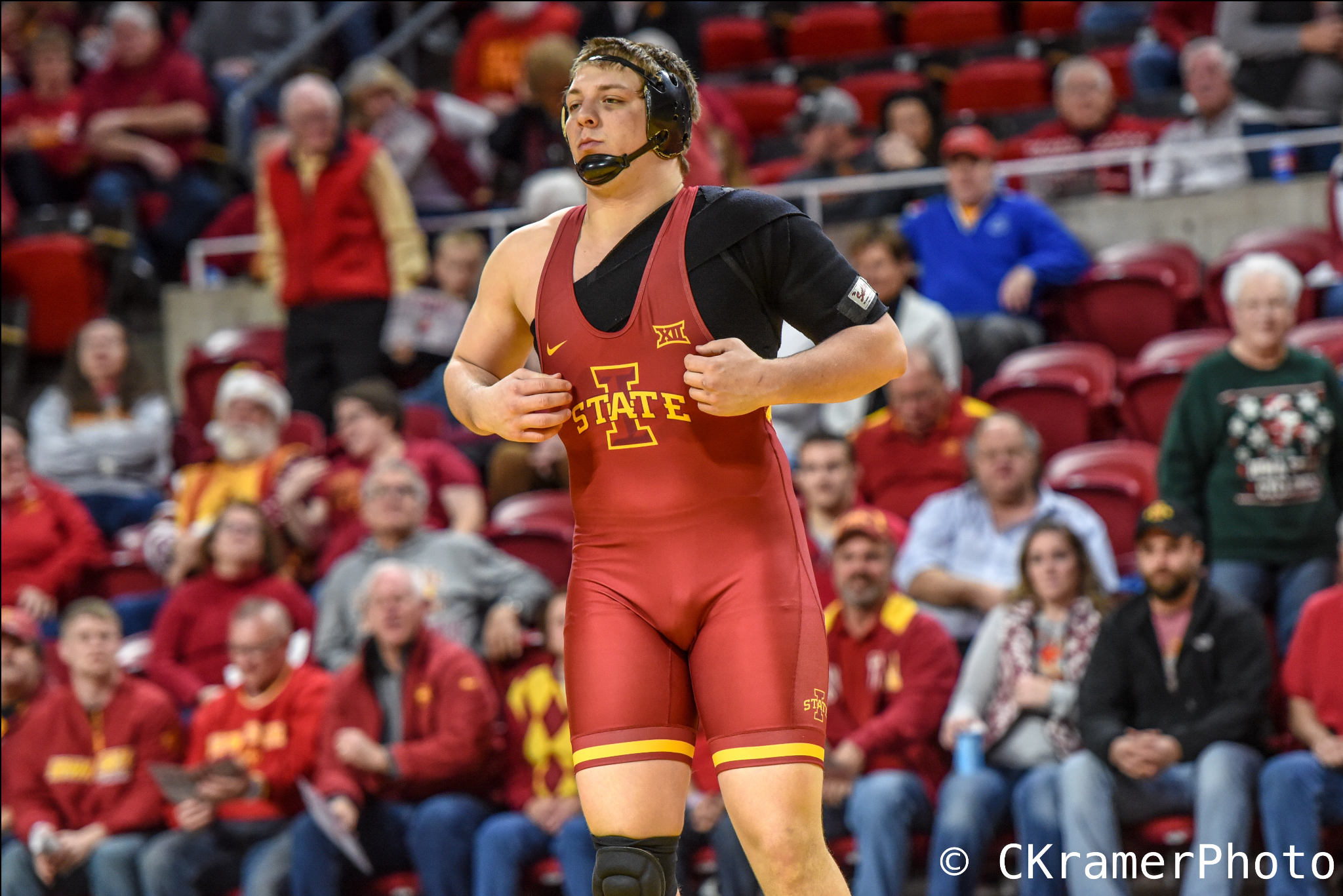 No. 16 Todd Small always keeps fans on the edge of their seats. He earned a reversal on the edge early in the third to tie it at 6. He cut him knowing No. 15 Madrigal had riding time locked. Small was in on a single as time ran out.

Not a lot of offense at 141 through the first two periods. Both wrestlers managed escapes to start the second and third periods. No. 6 Parker, however, took four to five shots to No. 5 Demas one in the third. Demas finally was warned for stalling after two more shots in sudden victory by Parker, who eventually fell with two seconds left. Parker dictated that match.

Jarrett Degen used three takedowns and tough riding to earn his second victory in a row since returning to the Cyclone lineup. Continuing to have him in the lineup to build towards March is a great thing.

No. 19 Justin Thomas proved to be much for the redshirt freshman, Grant Stotts. Thomas earned the fall in the second period.

Offensive explosion for, Chase Straw at 157 pounds. Straw pushed the pace earning three takedowns and two-point near fall. He was awarded a stall point in the third period and over four minutes of riding time.

Sam Colbray used three takedowns and some stingy defense to defeat No. 14, Anthony Mantanona. Mantanona jumped over Colbray with three seconds left from a neutral start to force sudden victory, but Sam was able to secure the takedown twenty seconds into sudden victory.

Marcus Coleman continued his point scoring ways in Norman. He notched five takedowns to go with a two-point tilt in the first. He looks to be settling into 184 pounds. He has scored 25 points in his last two matches.

No. 16, Jake Woodley pulled away from Shapiro with two takedowns in the third period. The score was 3-1 after the second.

No. 14 Gannon Gremmel racked up five takedowns and fourteen more points in his win this afternoon. He stacked a mountain of riding time in the first two periods before opening the flood gates in the third. His scoring has increased a ton in the last two weeks; thirty-five match points to be precise.