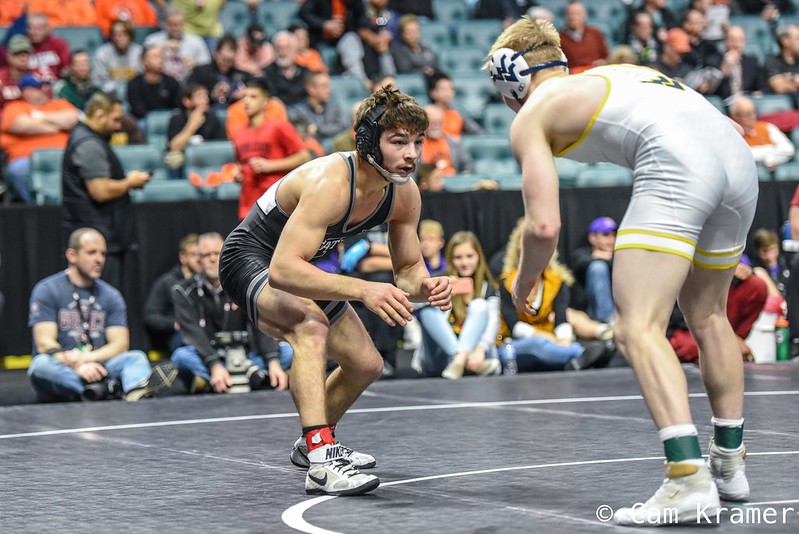 The Iowa State Cyclones are returning to their home mat for the first time in almost two weeks where they will welcome in a double dose of weekend wrestling. Up first will be a Big 12 battle against West Virginia on Saturday, followed by their annual in-state rivalry dual against UNI on Sunday.

Coming into this dual the Cyclones are riding a two dual rebound, first a 34-9 thrashing of Fresno State, followed by a solid 22-14 victory over Oklahoma. The Cyclones will be hoping to extend their positive momentum against West Virginia, and ride that three dual win streak into their big matchup with Northern Iowa.

The Mountaineers come into this matchup riding a four dual slide, with three of those being conference losses. In fact, West Virginia’s most recent win was their 22-9 victory over Edinboro, which is the program head coach Tim Flynn oversaw before heading to Morgantown. Of note, the Mountaineer staff features Cliff Moore a Dubuque, Iowa native who was an NCAA champion in the 2000s for the Iowa Hawkeyes.

For the most part this dual looks to be lopsided in the Cyclones’ favor. They are favored in nearly all of the matches, with at least six Iowa State wrestlers facing an unranked opponent. Head coach Kevin Dresser labeled star freshman David Carr as “50-50” for this dual, but if he were able to go that would increase that number to seven matches.

There are three duos with common history in the dual, and all of those matches lean heavily in Iowa State’s favor. Last January Mackall won by a score of 8-2 when the two teams met during the dual season. Junior Ian Parker is 2-0 against Caleb Rea including a 14-9 win in the dual and 9-0 major decision at the Big 12 Championships in 2019. The final wrestlers with history are Gannon Gremmel and Brandon Ngati, with the Cyclone wrestler owning two 2-0 wins over his Mountaineer opponent occurring in the dual and at the Big 12 Championships.

The one match where Iowa State will be an underdog is at 197 pounds where West Virginia features the nation’s #2 ranked Noah Adams. For the most part, the Cyclones have utilized Joel Shaprio at this weight, though Francis Duggan has received a few starts.

As mentioned above Iowa State will also host UNI this weekend. Look for that preview from Nic Ryder later this week.