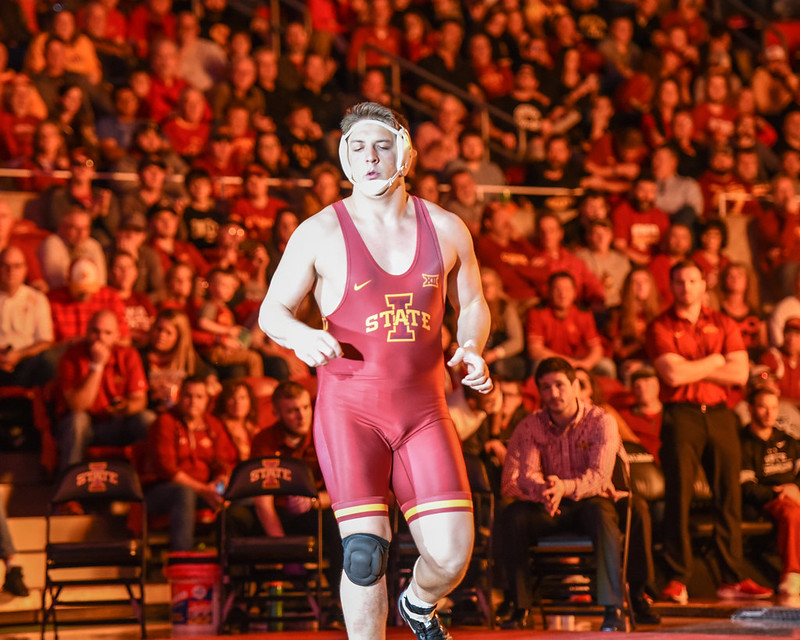 The Iowa State Cyclones are scheduled to return to the mat on Sunday to take on a tough Oklahoma State squad in a Big 12 meeting. Last weekend was supposed to be double duty against the Dakota teams, and the Cyclones did manage a 22-17 victory over South Dakota State that came down to the last match on Friday night, but their Sunday afternoon showing against North Dakota State was postponed due to weather.

Coming into this dual it looks as though the teams will be an even split in terms of favored matches, which will open the door for the Cyclones first win over Oklahoma State since the 2010 season, which would obviously make it the first win in the Dresser led Cyclone era.

A lot of how this dual will shape up will be dependent upon the health of several wrestlers. It sounds as though All-American Jarrett Degen has returned to training and while he won’t be favored in his match at 149 pounds, he would certainly give the team a stronger opportunity to come away with an upset aginat #3 Boo Lewallen.

The same goes for the Cowboys at 174 pounds where Andrew Shomers has been wrestling in place of #12 ranked Joe Smith. Similar to Iowa State’s situation at 149, even though Sammy Colbray comes in ranked higher than Smth the Cowboys chances of an upset at that weight increase with Smith in the lineup versus Shomers.

The bout at 125 offers an opportunity tor Alex Mackall to significantly increase his podium chances when he faces All-American Nick Piccininni. Last year when the two met Piccininni won by major decision, but Mackall has developed and improved quite a bit over the past 12 months. It will be interesting to see if Mackall can close the gap from their previous meeting as these two are likely to be among the top seeds at Big 12’s in March.

Fans should keep an eye on the 141-pound meeting between Ian Parker and Kaden Gfeller, despite the fact that the Cyclone wrestler holds a rankings advantage by five spots. A year ago Gfeller was a wrestler in the conversation for the top ten at 149 pounds, and he made the decision to drop down to 141 where he was a Southern Scuffle champion as a true freshman.