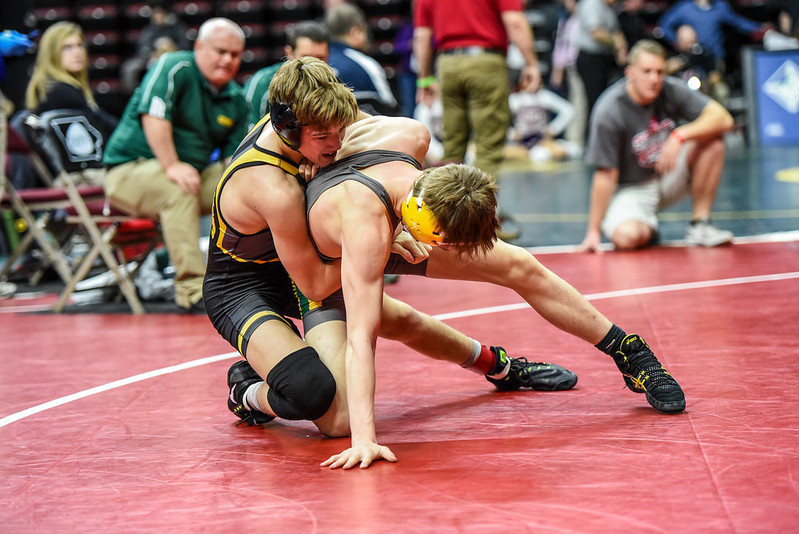 Another domino in the class of 2020 has fallen as Bettendorf standout Aiden Evans is headed to Dubuque to join the Loras Duhawk program. The three-time state qualifier had his highest showing in Des Moines in 2019, and is currently ranked as one of the top wrestlers at his weight in 2020.

“From the first time I visited there it felt like home and I really got to know the guys on the team,” Evans told IAwrestle, “That helped a lot, but also it was just the right fit academically and wrestling-wise. Coach Trevor Kittelson and TJ Miller have a really good thing going so I couldn’t wait to be a part of it.”

Evans still has one more year of high school competition, but he has already put together an impressive resume and will only look to add to it over the next several months. As a freshman Evans was a state qualifier at 106 pounds, and later that summer he went on to win the Greco-Roman state title in the Cadet division.

As a sophomore he reached the podium for the first time placing sixth, and in 2019 he finished third – with his only loss coming to the eventual state champion Carson Taylor of Fort Dodge in the quarterfinals. Last summer Evans returned to the top of the podium at the Greco-Roman state tournament, this time winning a title in the Junior division.

Heading into the 2020 postseason Evans is currently ranked behind the aforementioned Taylor and Mason City standout Cullan Schriever. He joins a Duhawk class that has already landed the commitment former state finalist Daniel Meeker of Wapello. Evans projects at 125 pounds, with room to eventually grow into a 133 in the future.

“Right now the only thing on my ind is a state title and I’m just taking it one day at a time and doing what I need to achieve that goal.” Evans said of his goals for this season.

The Duhawks are coming off a resurgent season where they were the team runner-ups in Division III in 2019, and they look to be in the hunt for another team trophy in 2020. They currently sit third in the latest rankings behind Wartburg College and Augsburg University.