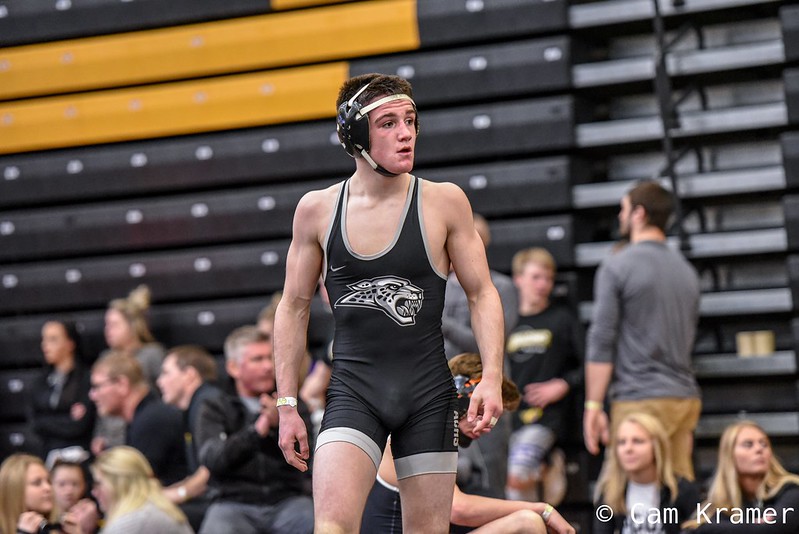 The 2019-20 is shaping up to be a special season for a number of wrestlers chasing history. Last week we outlined the wrestlers that are currently in contention to win a fourth state title this February, but several other wrestlers chase a different milestone that also revolves around Saturday night in Wells Fargo Arena.

This year there is an opportunity for four different wrestlers to compete in a state finals. In addition to the two wrestlers who are looking to become the state’s 28th and 29th four-time state champion, two other wrestlers will look to write their name into the history books with their fourth appearance in the finals.

The two wrestlers vying for a fourth state title are Adam Allard of West Sioux and Cael Happel of Lisbon, both in Class 1A. In Class 2A we will see Woodward-Granger’s Cody Fisher attempt to make his fourth finals appearance, while Ben Monroe of Ankeny Centennial will look to do the same in 3A.

For Happel and Allard their story is already well documented on this site. One is looking to add to a storied program’s growing history in addition to his family’s legacy at the tournament (Happel), while the other is mapping out new territory for his school (Allard).

The remaining two wrestlers have their own, unique path to attempting to make their fourth state finals appearance.

Prior to that Fisher was a two-time runner-up with both of his finals losses handed to him by West Liberty’s Bryce Esmoil. As a freshman Fisher was one of the biggest Cinderella stories in the tournament, coming from unranked to the state finals. As a sophomore Fisher was no longer overlooked, though he wasn’t able to overcome Esmoil in his second attempt which left him as a two-time runner-up.

Last year Fisher defeated Kaden Sutton of ADM to claim his first of potentially two state titles. Fisher won that title by a score of 12-7 and this year he enters as the #1 ranked wrestler at his weight.

The Class of 2020’s other potential four-time state finalist is Monroe, who is seeking his first state title this season.

As a freshman Monroe was defeated by his fellow classmate Cullan Schriever of Mason City in the 106-pound finals. This season Schriever will attempt to win his third state title at 126 pounds after an injury derailed his chances at winning four. Monroe made it back to the finals in 2018 where he faced Waukee standout Kyle Biscoglia, who defeated Monroe to win his third state title that year.

In 2019 Monroe entered the postseason with the top ranking for the first time in his career, but he would eventually fall to Dubuque Hempstead’s Joe Pins in the finals.

This year Monroe once again looks like the man to beat though 2019 state finalist Colby Schriever looks to be among the main contenders in Monroe’s way.

Just like there are a few wrestlers on track to winning four state titles, there are also several more wrestlers who could become four-time finalists.

At the midway point are Centerville’s Matthew Lewis and Nathaniel Genobana. As we mentioned last week Lewis is seeking to be the 30th member of the four-time state champion group. Genobana on the other hand is seeking his first title. As a freshman Genobana was defeated by ADM’s Andrew Flora (now at Iowa State) and last year he was dropped his final with Drake Doolittle of Webster City (and now at Duke).

The other two juniors that are still on pace to wrestle in four state titles are considered two of the best in the country. Fort Dodge’s Drake Ayala and Ankeny’s Caleb Rathjen are both top 20 prospects nationally in the Class of 2021 – and Rathjen has already committed to wrestle for the University of Iowa. That makes Ayala without question the most sought after prospect in the state.

Both of these wrestlers competed in the state finals as freshman and came out on the losing end of their first time wrestling on Saturday night. For Ayala it was the aforementioned Cullan Schriever, who won 9-3 in 2018 to claim what was his second title. Ayala came back as a man possessed in 2019 winning all of his state tournament matches by either fall or technical fall on the way to winning his first title.

Rathjen’s story is a bit more unique. Injuries slowed the Ankeny prep as a freshman which caused him to miss a majority of the regular season, though he still entered as one of the state’s top ranked wrestlers at the 2018 tournament. In the finals he lost a tough 10-8 decision to Valley, West Des Moines’ Nick Oldham.

In the following year Rathjen was near flawless as he ended his season 41-1. In his 2019 finals he had a rematch with Oldham where he managed to take a 3-2 win to claim his first state title.

The Class of 2022 is loaded with talent as evidence of the group producing five state champions, but on top of that they put another seven wrestlers into the state finals. If you are keeping track that is a total of 13 wrestlers reaching this finals as a freshman.

And while five freshmen wound up on top of the podium in 2019, seven more finished one win shy of their goal last February. Of the remaining freshmen finalists three of those wrestlers were denied by a fellow freshman – Jace Rhodes (Mason City), Blaine Frazier (Notre Dame), and Stevie Barnes (Underwood).

Of that trio, two find themselves ranked #2 in our preseason release: Frazier’s team moved up from Class 2A to Class 3A and now sits behind Anderson at 113 pounds. Barnes is currently ranked second behind fellow sophomore Hagen Heistand of Logan-Magnolia at 120 pounds in Class 1A.

The other wrestler downed by a fellow freshman in 2019 is Mason City’s Rhodes, who looks to be in a tough weight at 113 he sits fourth behind Anderson, Frazier, and Bailey Roybal (Waverly Shell-Rock) at 3A 113.

Four other freshman reached the finals in 2019. In Class 3A we saw Iowa City West’s Hunter Garvin compete against Fort Dodge’s Carson Taylor at 120 pounds in 2019. Fast-forward to this season and Garvin is currently sitting #1 overall at 132-pounds in Class 3A.

In Class 2A we see Isaiah Weber (Independence) who was defeated by now two-time state champion Matthew Lewis. Currently IAwrestle has Weber ranked #2 behind the aforementioned Genobana.

Remaining are a pair of Class 1A freshman who ran into upperclassmen opponents in their first trip to the state finals. At 138 pounds Nick Hamilton – the second of two Underwood freshmen in this group – fell to Cobe Siebrecht in his first finals appearance, but is currently ranked #1 at 145 pounds in our preseason rankings.

One of the breakout freshmen in 2019 was Don Bosco’s Carson Tenold, who was the state runner-up at 160 pounds last season. Tenold fell in the finals to Akron-Westfield’s John Henrichs, who ended his career a three-time state champion. Like Hamilton, Carson also finds himself ranked #1 in our preseason rankings at 170 pounds.

One thought on “Four for Four: Senior Quad Looking for Fourth Finals Appearance in 2020”