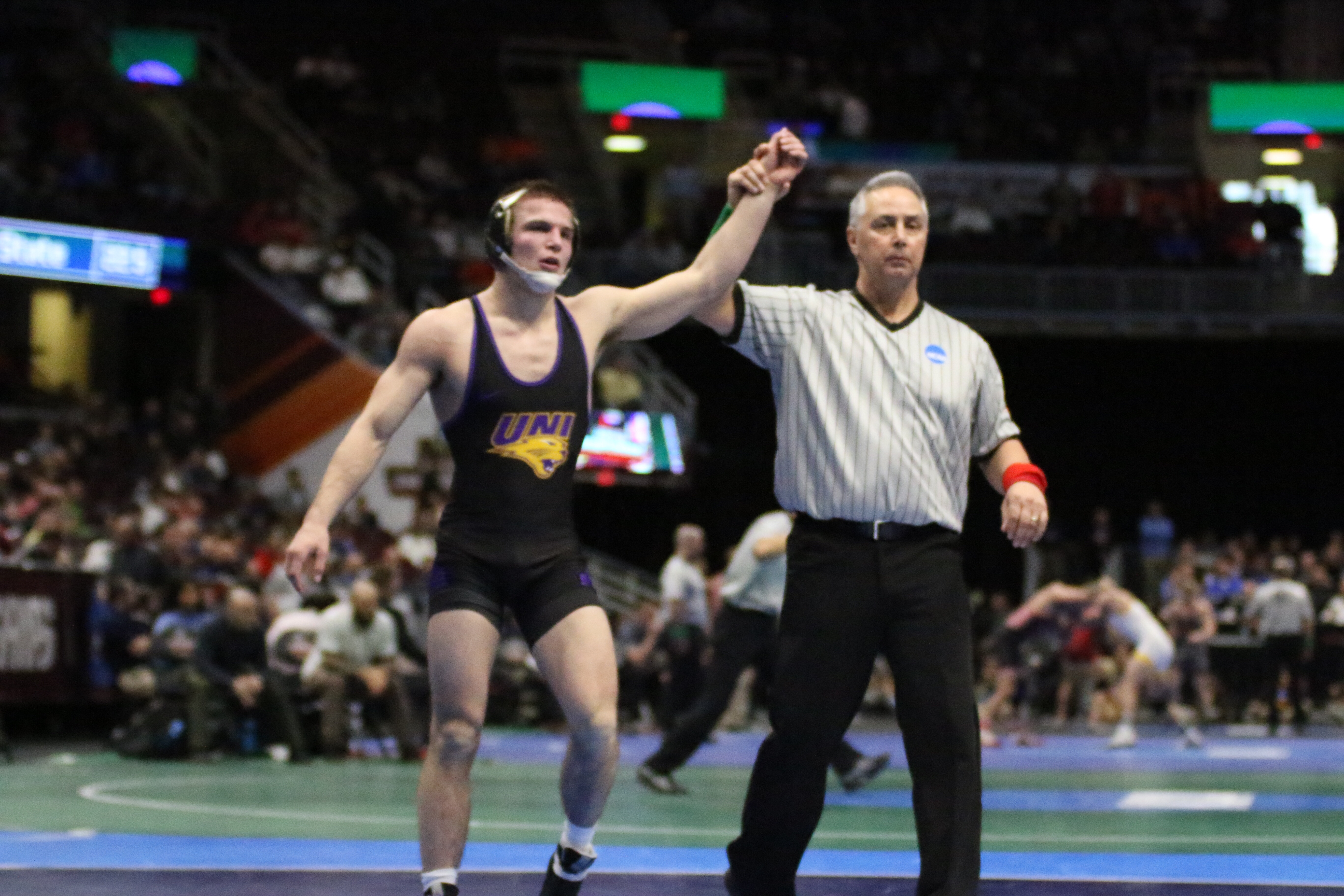 The UNI Panthers travel to Las Vegas for the biggest in-season tournament this season, the Cliff Keen Las Vegas Invitational. For the second time in a row the biggest question going into the competition was who will take the mat for UNI at 157, 165 and 197 pounds.

And for the second time in a row it will be Keaton Geerts, Austin Yant, and Noah Glaser, respectively. Returning All-American Jacob Holschlag, ranked fourth in the country by The Open Mat, is still recovering from an injury he suffered at Northwestern, while head coach Doug Schwab has settled on Geerts and Yant, both of whom wrestled against Nebraska, at the middle two weights.

If the pre-seeds hold Friday morning after weigh-ins, UNI can expect to have two number one seeded wrestlers in Max Thomsen and Bryce Steiert, plus Taylor Lujan as a second seed. Jay Schwarm and Carter Isley would also be seeded fifth and ninth, respectively.

But that’s it for the Panthers. Michael Blockhus could make some waves, but he might not either (how’s that for #analysis?) Jack Skudlarczyk has also looked good at times this season, and he definitely improved every competition last season, but we haven’t seen a big leap by him to indicate that he’s ready to be ranked at 133 pounds yet.

The more interesting race to me is whether or not UNI can hold up to their fifth-in-the-nation-tournament ranking. The only other squad in Vegas with a higher ranking coming in is Ohio State at number three, but the Buckeyes, along with Iowa State, Virginia Tech, Purdue, NC State, Arizona State, and Nebraska all have more pre-seeded wrestlers than the Panthers. Bonus points are going to be the name of the game from their top-seeded wrestlers and a surprise or two from their non-seeded guys would help along the way.

The rankers (of any publication) rarely get everything right, and with Holschlag out UNI will be granted some leeway, but this will be a real test to see how they could stack up with some of the best squads in the country come March.

Oh and a fun fact that Schwab pointed out at his press conference this week: UNI has never had a CKLV Champion. So it would be great if they got that turned around this weekend.

As far as draws go we won’t know anything until the tournament starts, if history of this tournament is any indication. Last year brackets dropped about 10 minutes before the first whistle, and four years ago brackets weren’t posted before wrestling started. However, when they are up you’ll be able to find them on Flo, the link is above.