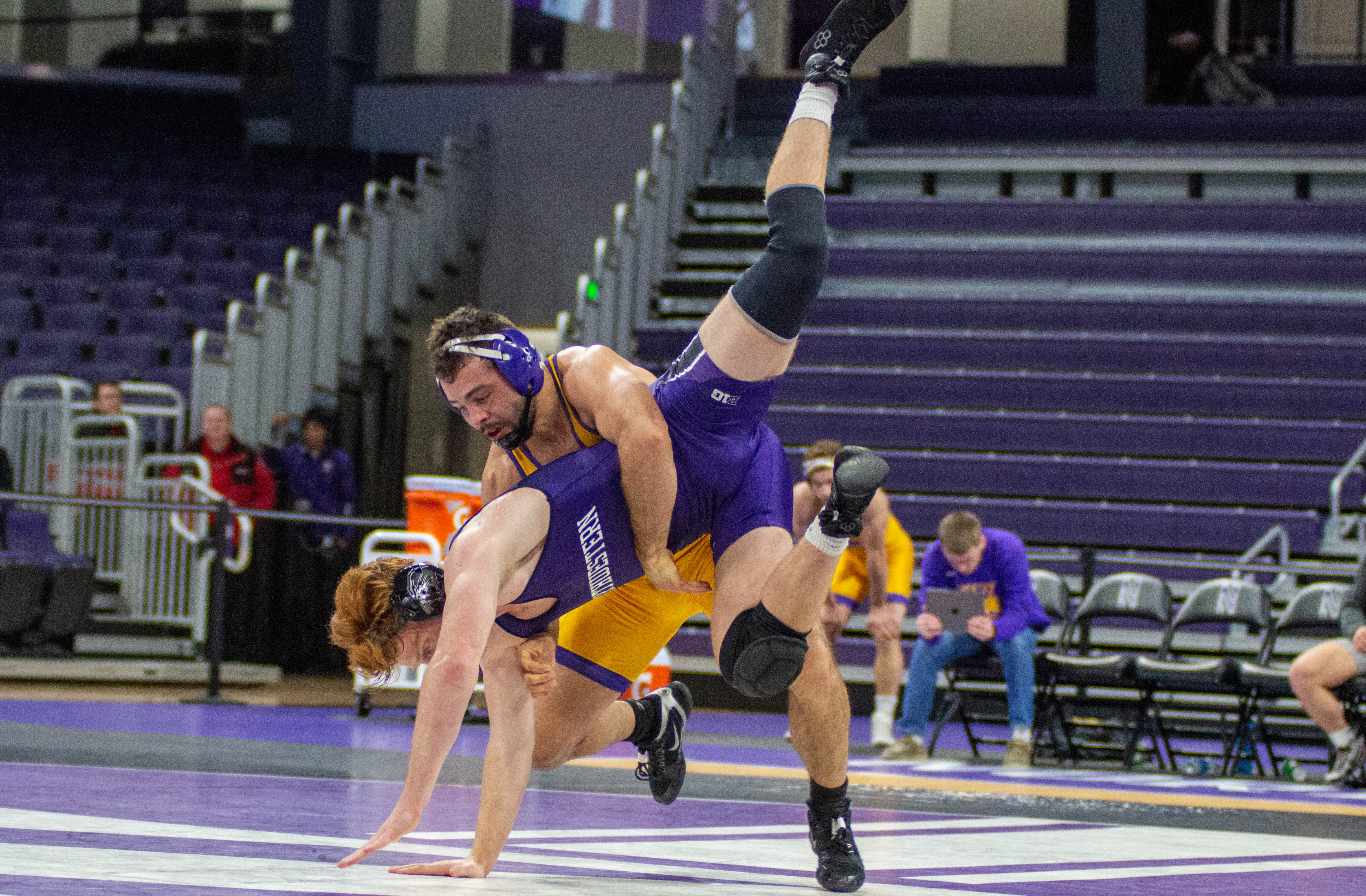 The University of Northern Iowa Panthers lost a dual today to the Northwestern Wildcats, 24-21, in Evanston, Illinois.

And along with that, returning All-American Jacob Holschlag went down with an apparent right knee injury in the first period of his first match of the season. In real-time it seemed like a move that is done 1,000 times in practice, as Northwestern wrestler Lucas Davison elevated Holschlag’s leg as he worked for an escape, Holschlag went down to the mat and cried out in pain.

Holschalag missed the entire 2018-19 season after tearing his ACL in the prior to that season.

“You saw him walking out there, he’s walking out there with a smile on his face because he gets to go compete again. I’m sure the first thing he thinks about, ‘hey man, I tore my knee again.'”

There’s no other official word yet from UNI, but it’s tough to see Holschlag in the lineup when Nebraska visits Cedar Falls next Sunday.

UNI trailed 18-17 going into 197 pounds and probably feeling fairly good about their chances of pulling out a dual win. The injury closed the door on that in a hurry. With only one match left the dual was out of reach.

The Panthers gave up the first two matches, Schwarm getting upset by Michael DeAugustion 5-1 and Jack Skudlarczyk losing to Sebastian Rivera 13-4. Rivera is the third ranked wrestler at 125 pounds.

Michael Blockhus got UNI back on track in the first dual of his college career, looking solid as he earned a 13-4 victory over Northwestern’s Alec McKenna.

Another returning All-American, Max Thomsen, got the biggest win of the night as he took down #16 Yahya Thomas 4-3. Thomsen used a no-reaction-time-takedown in the third and then rode Thomas out for the win.

Keaton Geerts gave up a fall to # 3 Ryan Deakin just before intermission, while Pat Schoenfelder lost 15-0 to Erich Byelick coming out of intermission.

174 through 197 pounds looked to get things back on track for UNI, as Bryce Steiert came out with a couple of turns on Tyler Morland and won a major decision. Taylor Lujan looked very strong in his win by fall over Jack Jessen, putting him on his back twice before securing the fall.

Then the 197 pound match happened, and quieted the UNI bench.

Carter Isley wrapped things up for the night with a strong 6-0 win over Jack Heyob. The heavyweight looked good on top, smothering Heyob and getting to attacks on his feet.

Schwab and his squad are not happy with the team’s showing today, and Schwab addressed it in his comments.

“Sometimes you’re going to get beat but putting your head down or rolling over in certain situations, that’s unacceptable for our program. And for us, we’ve got to decide who we’re gonna put out there, then we’ve got to put a guy out there who’s going to fight.

“If no one is going to fight, maybe you just leave the weight open.”

Lets hope it doesn’t come to that.