#15 Panthers go on the road to #19 Northwestern 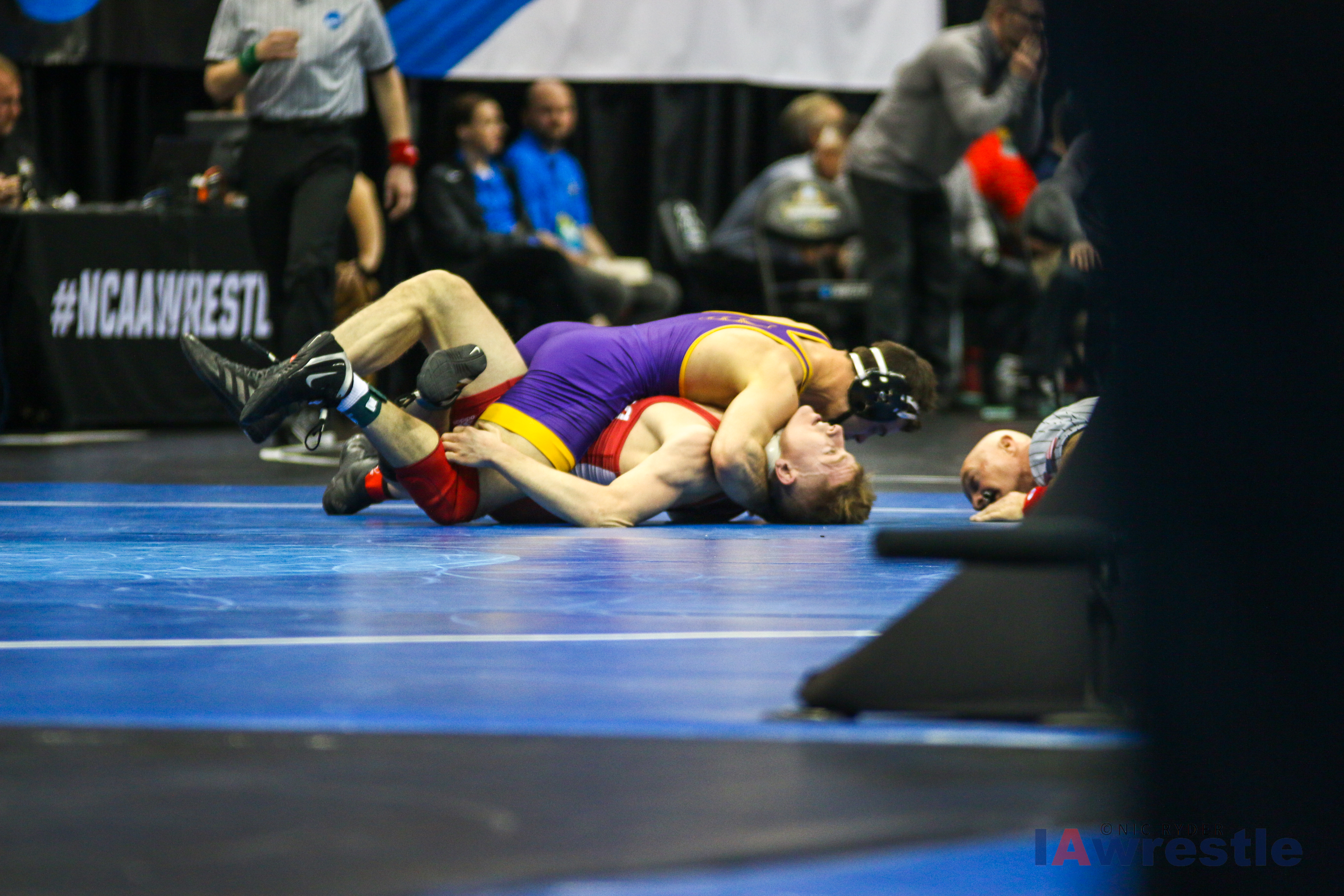 After a taste of the season starting last Sunday at the Harold Nichols Open, the dual season gets underway for the #15 UNI Panthers as they travel to Evanston, Illinois to take on the #19 Northwestern Wildcats. The two teams last faced off in 2012-13 season, a 21-13 UNI win. The Panthers also hold a 6-2 advantage against the Wildcats all-time, and this is the first of three total Big Ten schools UNI will wrestle this year. The other two are Nebraska and Wisconsin.

The dual this Sunday though may come down to bonus points and which team gets more of them. UNI’s ranked wrestlers take on unranked Northwestern wrestlers, while the Wildcats ranked men will wrestle UNI’s unranked wrestlers. The exception is at 149 pounds where #6 Max Thomsen will have #16 Yahya Thomas.

This also assumes that the defending Big Ten Champion Sebastian Rivera is up again at 133 pounds as he was for Northwestern’s dual loss against Virginia Tech last weekend.

The biggest match of the dual comes at 149 pounds, where #6 Max Thomsen will take on #16 Yahya Thomas. Similar to some upper-weight teammates, Thomsen won the Harold Nicolas tournament last weekend, running through two other opponents on his way to a 12-7 win over Jarrett Degen in the final. Thomsen’s season may be defined by his ability to get out from bottom, something he has no doubt worked on all off-season. He has also stumbled in some road duals in the past, so a win against a ranked Big Ten opponent would be big, even if it is very early in the year.

While there is only one “new” name to the starting lineup, Panther fans will recognize Michael Blockhus after a terrific showing at the Midlands last year, where he placed fourth after reaching the semifinals. Expectations are sky-high for the New Hampton native as he replaces Josh Alber in the lineup at 141 pounds.

The other hole to fill comes, almost unexpectedly, at 165 pounds, after last year’s All-American Bryce Steiert bumped up to 174 pounds after Taylor Lujan jumped up to 184 pounds. Pat Schoenfelder is scheduled to fill the void at 165, himself bumping up from 157 pounds, where he competed last season. The now-heavier Schoenfelder was winless in duals last season, and just 6-18 overall.

All the other faces stay about the same for UNI, with a few things to watch for. The first is Steiert’s battle with Tyler Morland, a NCAA qualifier from last season. Steiert won decisively against Iowa State’s Marcus Coleman at the Harold Nichols last Sunday but it will be interesting to see how he does in his second test. Morland is also bumping up from 165 pounds this season.

Lujan has a similar story at 184 pounds. He notched two falls and a championship victory in Ames last week, taking down Samuel Colbray in the finals 7-5, but how will he handle the first away dual of the season? While Jack Jessen is a notable opponent he did drop a 14-3 major decision against #6 Hunter Bolen of Virginia Tech last week. While Lujan should win the match it will be interesting to see if he keeps his foot on the gas the entire way through.

The last thing to keep an eye out for is whether or not Jacob Holschlag returns to the lineup. Head Coach Doug Schwab mentioned his name in the lineup during Monday’s press conference, but said that if Holschlag couldn’t wrestle, Noah Glaser would go in his place. Either way it will be a big early test, as whomever UNI puts out there will be taking on #10 Lucas Davison.

The dual starts off this Sunday evening at 5 from Welsh-Ryan in Evanston and can be streamed on BTN+ and Flowrestling. We’ll be there live throughout the dual and will be providing updates on Twitter and a full recap, so be sure to check back on Sunday.