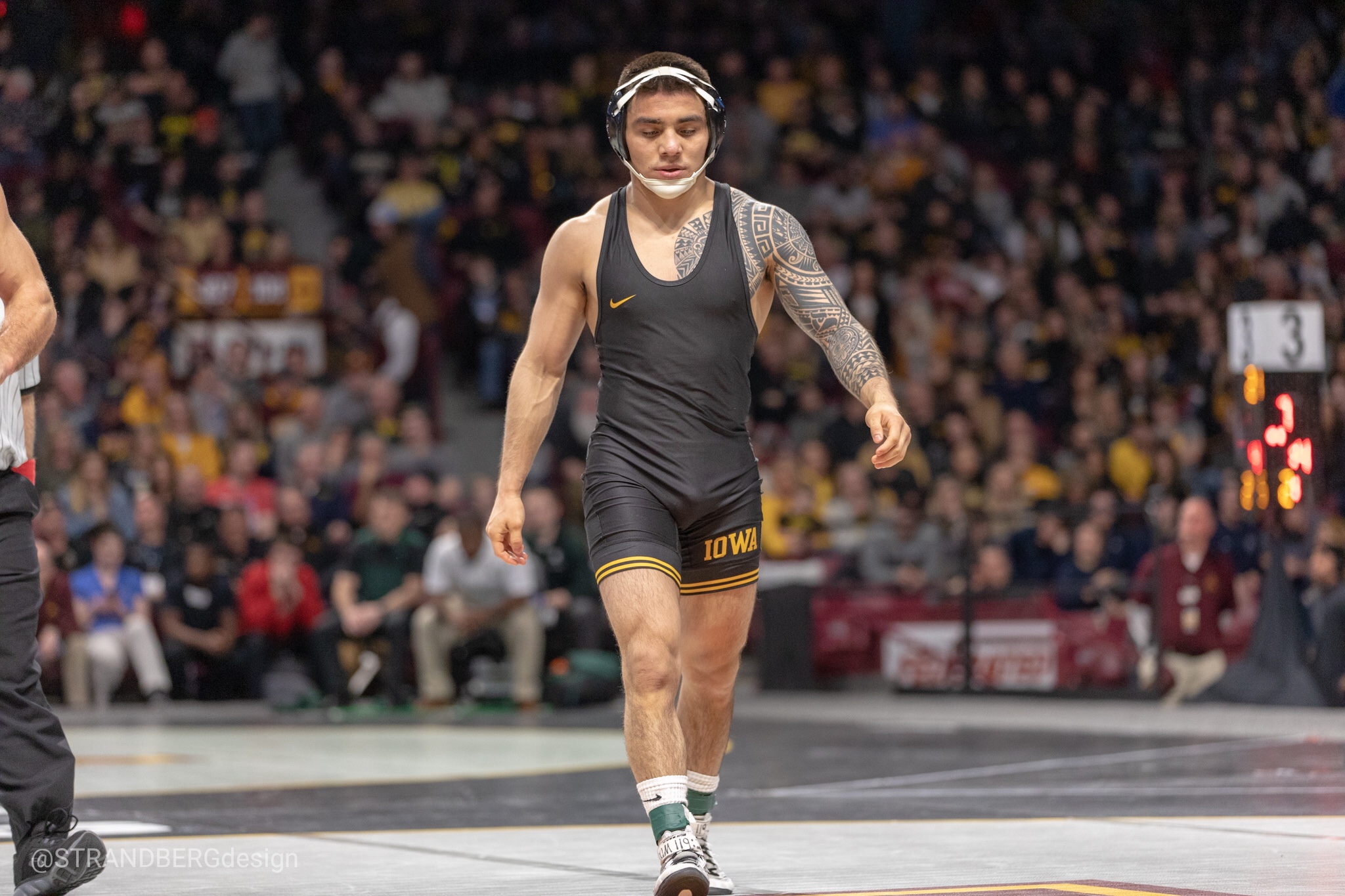 The Hawkeyes season opener is finally upon us as they welcome in SoCon opponent Tennessee-Chattanooga on Sunday. This will be the fourth all-time meeting between the two teams with Iowa leading the series 3-0. The most recent meeting a 44-3 victory for the Hawks back in 2015.

The team’s connection is much deeper than just on the mat. Iowa’s Associate Head Coach Terry Brands was the Moc’s head coach from 2002 to 2005. In his last season as head coach Brands led the team to a SoCon conference title. There are still Iowa ties to the current Chattanooga staff. Current assistant coach Mike Hatcher was a 1996 graduate of the University of Iowa. Hatcher’s time at Iowa would have overlapped with the Brands brothers competitive careers at Iowa (Tom and Terry graduated in 1992) and the duo then joined the Hawks coaching staff after graduating.

Let’s get right into the nitty gritty of the wrestling expected to take place this weekend. The University of Iowa is expected to challenge for the NCAA title this season, but that doesn’t mean that there aren’t a few questions remaining as we head into what could be a big season for the Hawkeyes.

The biggest question looming is what will turn out at 133 and 141 pounds for Iowa and so far Brands has done little to provide a clear picture of what to expect. In his preseason press conference the head Hawkeye made references to returning All-American Austin DeSanto needing to improve on bottom if he is going to be able to contend with the preseason favorite, Seth Gross. He then ended by telling the media to look forward to seeing recent transfer Gavin Teasdale on the mat on November 17th.

All of that leaves us with the question on where Teasdale and DeSanto will fall in the lineup. During the team’s intrasquad matches last week Teasdale competed against former 133 starter Paul Glynn, while DeSano wrestled Aaron Meyer who is a 141-pound wrestler on the roster. Given Brands’s comments to look forward to seeing Teasdale on November 17th it seems most likely he will be starting against Chattanooga, but whether or not that means DeSanto moving up is still a mystery.

Furthering that mystery last year’s 141 starter Max Murin did not compete in the intrasquad matches. Iowa has plenty of depth at this weight with former four-time state champion Carter Happel an option. Iowa’s match notes did not list Murin as a probable starter.

Earlier this fall we explored what Spencer Lee’s schedule may look like as the former Junior World champion looks to balance his NCAA and Olympic schedule this season. As expected Lee is not registered for the Bill Farrell in New York, which points to him almost definitely going to the Olympic Trials qualifier in Texas in mid-December. This isn’t a dual Iowa is expected to best tested in, so Lee isn’t vital to a potential win. That could mean the Carver-Hawkeye debut for freshman Aaron Cashman against Fabian Gutierrez.

The middle of the lineup isn’t expected to have any surprises. Returning All-Americans Pat Lugo, Kaleb Young, and Alex Mairinelli all looked good in their intrasquad matches last week and all three will be big favorites in their matchups against Chattanooga.

This dual could also mark the return of Michael Kemerer, though the former All-American was a light scratch from the intrasquad dual lineup last Thursday so its possible he could be held out of this dual if he is not feeling 100%. If not Kemerer than we could see another potential Hawkeye debut, this time for Nelson Brands. Kemerer was the only wrestler listed on Iowa’s probables.

Upperweights Cash Wilcke and Jacob Warner should be ready to go at 184 and 197 respectively.

One Hawkeye that is almost assuredly going to make his Carver debut this weekend is heavyweight Tony Cassioppi, who won his intrasquad against Aaron Costello last week. As a high school prep Cassioppi was just one of two wrestlers to win USA Wrestling’s Junior Triple Crown at heavyweight, joining the likes of Michigan’s Adam Coon. It will interesting to see if Cassioppi is able to translate his high school dominance to the college level.