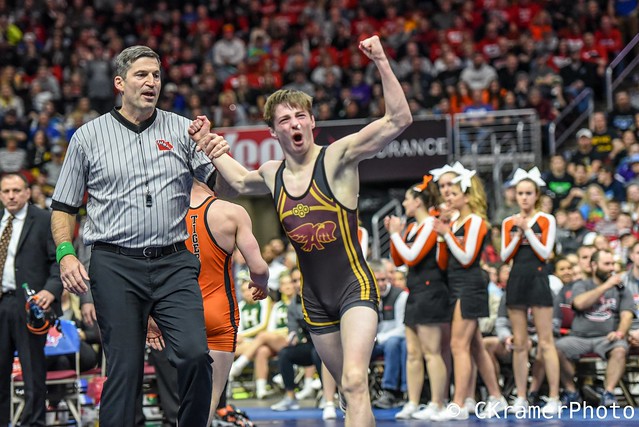 The Hawkeye wrestling program continues to grow their 2021 recruiting class as today one of the nation’s top juniors, Caleb Rathjen has announced he will be staying in state to attend the University of Iowa. The Ankeny standout is considered a top 25 wrestler in the class of 2021 and projects as a 149-pound recruit.

While Iowa was definitely viewed as one of, if not the front runner for Rathjen the junior standout ultimately selected the Hawkeyes over the likes of Iowa State, Purdue, North Carolina, South Dakota State, and Northern Iowa.

Joining Rathjen in the class of 2021 is Missouri standout Wyatt Henson, who was on the same official visit as Rathjen back in mid-October. Middle weight Cam Lucero of Colorado rounds out Iowa’s 2021 class.

Right now Rathjen is targeted as a 149-pound recruit, but that weight is certainly not set in stone as the Ankeny prep continues to grow. In all likelihood he could end up at 157 pounds in the future and 165 remains an option further down the road.

With two seasons to go Hawkeye fans will have plenty of time to watch Rathjen as he continues to develop. A two-time state finalist and Fargo national runner-up, many still believe his best wresting is still ahead of him, which is certainly saying something.