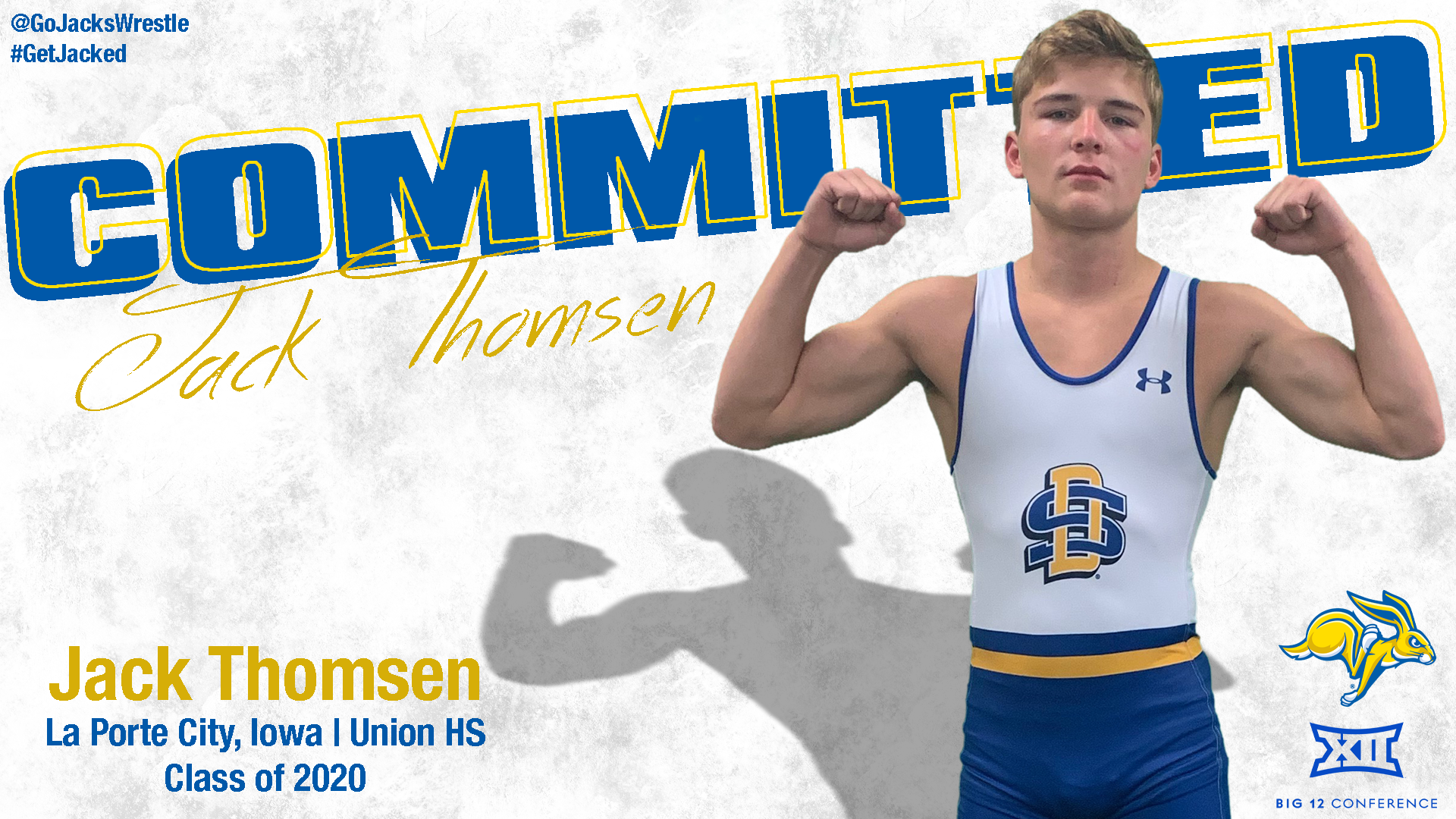 The top available senior in the state of Iowa is off the board as Jack Thomsen of Union, LaPorte City has committed to wrestle at South Dakota State University. Thomsen is a three-time state place winner (7th, 3rd, 1st) and 2019 Iowa State Champion. He was recently ranked the 10th best wrestler overall in the state of Iowa in the IAwrestle Fab50. Thomsen chose SDSU over Northern Iowa.

Thomsen told IAwrestle “I chose SDSU because I know that’s where I can reach my max potential in my wrestling and academic goals.” He added “More importantly they believe in me and I believe in them.”

Thomsen plans to wrestle at 145 pounds during his senior season of high school and projects at 141/149 pounds at the next level.

Thomsen told us that “I want to thank the SDSU coaches for giving me this great opportunity and for reaching out to me.”

One thought on “Jack Thomsen makes his college decision”