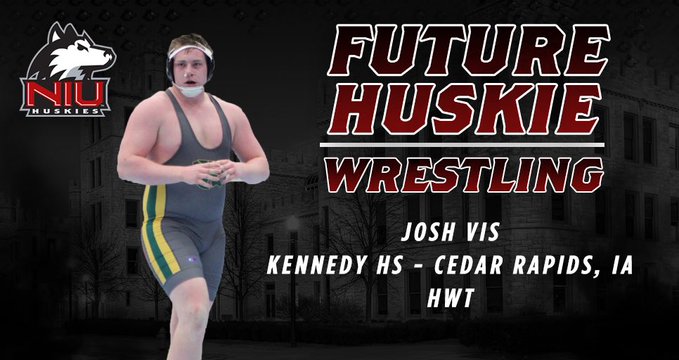 Another member of the Fab 50 has come off the board. Cedar Rapids Kennedy standout Josh Vis announced tonight on his personal social media account that he will be heading east for his future wrestling, committing to Northern Illinois University.

I am excited to announce that I have decided to continue my academic and athletic career at Northern Illinois University. I want to thank everyone who has been a part of this amazing process. Can’t wait to be a huskie!! @NIUWrestling pic.twitter.com/B0OHP79DIh

Ranked #47 in the latest Fab 50, Vis is a two-time state medalist in class 3A taking home seventh as a sophomore and third this past season. As a junior his only loss was to Bettendorf’s Griffin Liddle who has established himself as a top prospect in both wrestling and football.