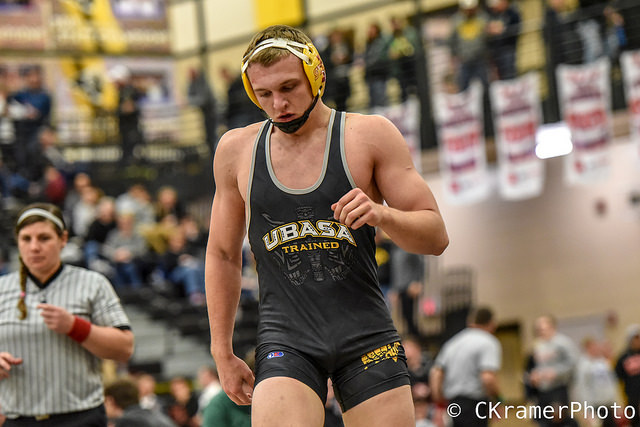 The Iowa State Cyclones have started updating their website by putting out their team roster for the 2019-2020 season. First match for the Cyclones isn’t scheduled to take place for about three months, and this is just an online roster, so we entirely acknowledge that things can change there were a couple interesting takeaways.

The Cyclones experienced a significant turnaround when comparing their 2018 results to those of last year and that was mainly driven by the fact that the lineup was refreshed with several wrestlers coming off redshirt and a pair of transfers.

One of those transfers was Alex Mackall who stepped into the lineup at 125 pounds and finished the season as top 20 wrestler in the country. Coming into the 2019 NCAA tournament, Mackall had earned the #19 seed where he would finish with a 2-2 record.

Enter Todd Small, who came to Iowa State as a JUCO transfer a year ago after winning a pair of NJCAA titles at Iowa Central. Small won his first NJCAA title at 125 pounds, but moved to 133 the following year. Now entering his final season of eligibility the Cyclone roster lists Small back at 125, where he is expected to push Mackall for the starting spot.

Not too surprisingly the roster also lists incoming freshman David Carr at 157 pounds. Pegged as one of the nation’s top rated incoming freshmen, Carr added to his buzz by winning a Junior World Title for USA earlier this month at 74 kg. While his World title weight is closer to the NCAA’s 165-pound weight class though Hager already confirmed via Takedown Radio that despite wrestling up for Team USA, Carr very much intends to compete this season at 157 pounds. This will displace the reigning 157-pound Big 12 champion Chase Straw from his usual spot, though he is now listed at 165 pounds.

David Carr is planning to go 157 for @CycloneWR and says Shapiro is up over 200lbs 👀@theopenmat's Takedown Radio interview starts at 45 min mark.https://t.co/m2EJ3hlEjB

While on the subject of the above tweet, Hager also confirmed on Takedown Radio that form Valley-West Des Moines standout Joel Shapiro is making his move up from 184 pounds to 197 pounds this season. Shapiro is reflected at 197 in the online roster, and will be in contention to replace the since graduated (and now team graduate assistant coach) Willie Miklus.

The final observation centers around an omission from the roster, and that would be the fact that one of Iowa State’s top prospects in their 2019 class, Ryan Anderson is not present. IAwrestle reached out to confirm with the Pennsylvania native that he will not be attending ISU.

Earlier this summer national media website Flowrestling hailed Iowa State’s recruiting class as the sixth best class in the country. Anderson played a big role in the team’s ranking. At the time Flo considered him the #11 prospect in the class of 2019, with the other big name in the Cyclones class being Albia product Aden Reeves.