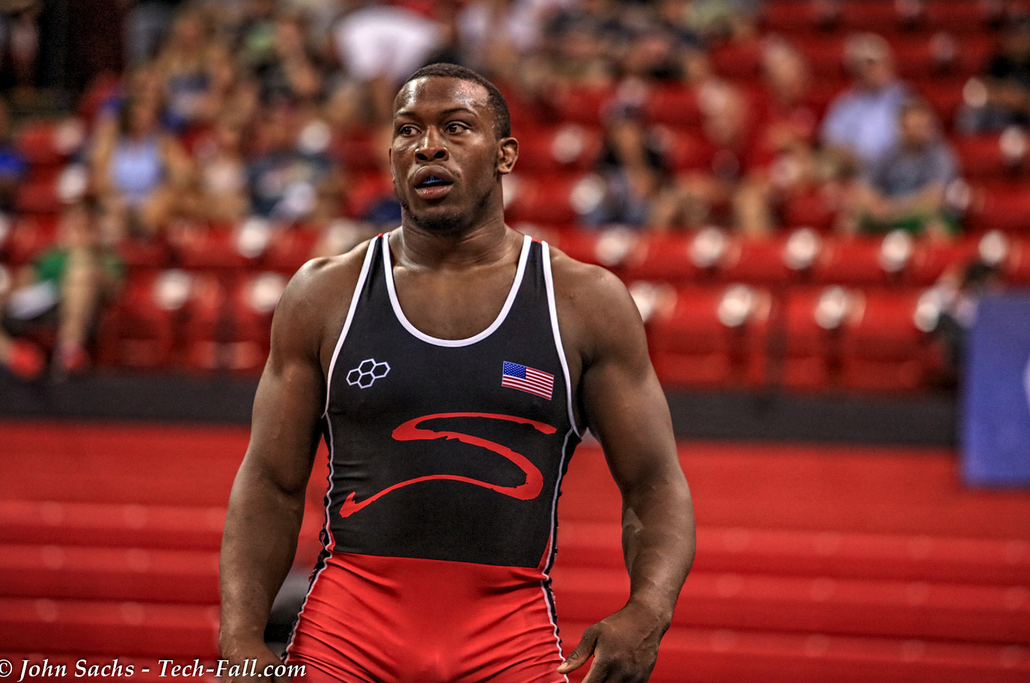 It was a banner finish for Iowa State alums at yesterday’s Men’s Freestyle finals at the US Open in Las Vegas, Nevada. Cyclone-Regional Training Center’s Kyven Gadson was led the session off by winning the 97 kg title, and he was joined at the top of the podium by fellow Iowa State alum Pat Downey (86 kg).

This was a repeat performance for Gadson winning the 97 kg crown, this time taking out Benjamin Honis, 5-0. Gadson will now advance to a best-of-three finals at the World Team Trials. Likewise Pat Downey will also advance to the best-of-three finals for his weight after he defeated former Ohio State All-American Nicholas Heflin 10-4 in his finals bout.

One of the last wrestlers to take the mat for the Senior Men’s portion was two-time World Team member Gilman, who faced Oklahoma State’s Daton Fix in his US Open final. This was a rematch from last year’s Final X, but unlike their last meeting the Cowboy managed a late takedown to win the match late, 6-4.

Five wrestlers other with an Iowa tie have qualified for next month’s World Team Trials in Men’s freestyle. Three wrestlers from Iowa City’s Hawkeye Wrestling Club, one and two former All-Americans that wrestled in the state of Iowa placed seventh or better at USA Wrestling’s Senior US Open, which automatically qualifies them for next month’s Trials held in North Carolina.