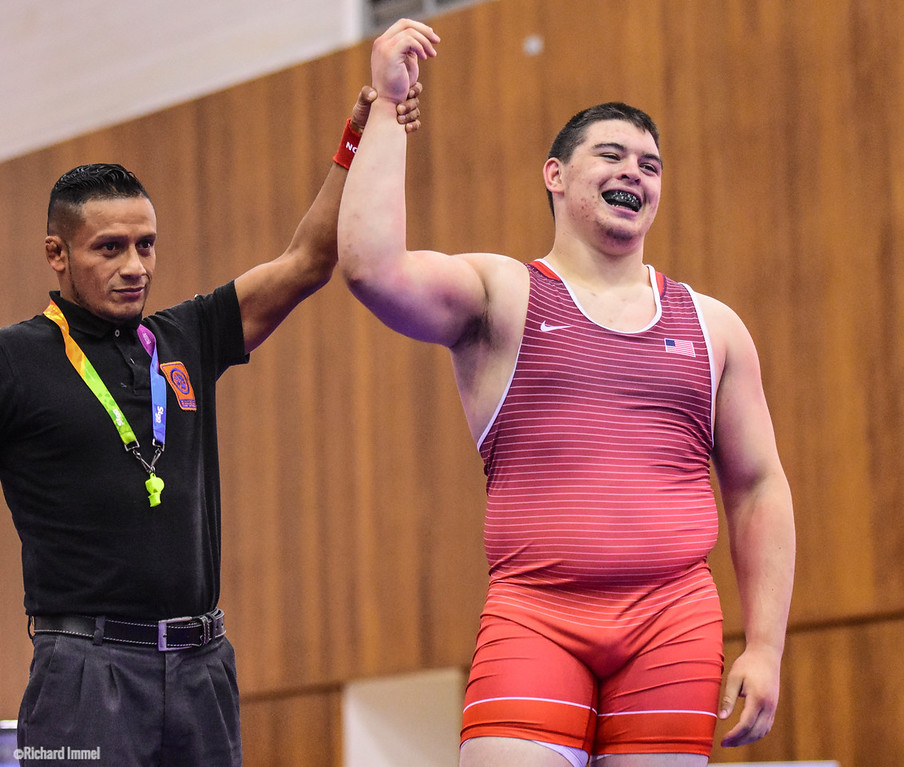 The Hawkeyes are sending four of their freshman to Las Vegas to compete in the Junior U.S. Open in freestyle. This tournament is first leg in qualifying for the Junior World Team, with the team Trials held next month in North Carolina. The winner of the U.S. Open receives an automatic berth to a best-of-three finals at the Trials.

The biggest name on the list is heavyweight and 125 kg competitor Tony Cassioppi, who will be one of the chief contenders for the Junior World Team spot. As a high school wrestler Cassioppi was just the second wrestler to ever win the Junior Triple Crown twice, joining former Michigan standout Adam Coon.

The Triple Crown means Cassioppi won national titles in all three competitive styles – folkstyle, freestyle, and Greco-Roman. While Cassioppi has not competed on a age level World Team, he did compete for Team USA’s Junior team at the Pan American Championships last season where he was a gold medalist.

The other wrestler with Team USA experience is lightweight Aaron Cashman, who will be competing at 57 kg at the Open. In 2016 Cashman represented USA at the Cadet World Championships and he was fourth in the Junior Team qualification process last summer.

The other two names headed to Vegas are Nelson Brands (74 kg) and Connor Corbin (92 kg). Brands is coming off a standout redshirt season and was a Cadet National Team member back in 2016. Corbin is the only wrestler of the group that was not a redshirt this past season and he competed at 197 and 285 for the Hawkeyes.