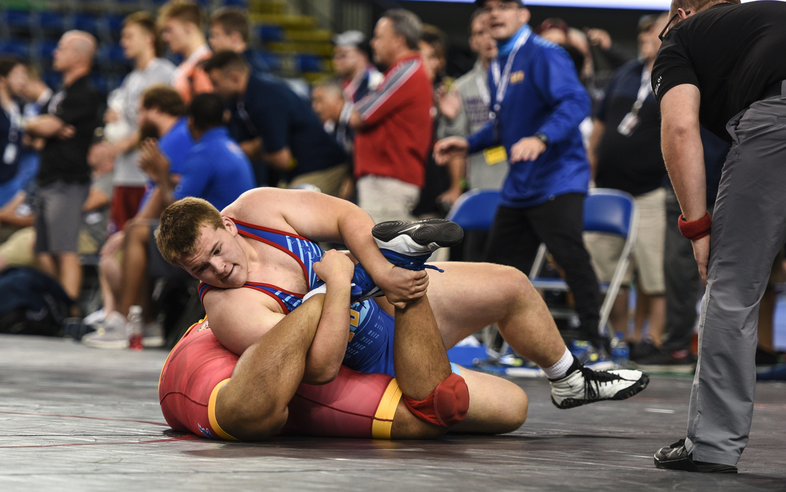 Six wrestlers from the University of Northern Iowa are registered to compete in Las Vegas at USA Wrestling’s U.S. Open’s Junior freestyle division next weekend. All six wrestlers recently competed their true freshman campaign for the Panthers and all but one of those wrestlers spent the season in redshirt.

This is first leg in qualifying for the Junior World Team, with the team Trials held next month in North Carolina. The winner of the U.S. Open receives an automatic berth to a best-of-three finals at the Trials.

Gordon made his presence known to the Panther faithful this past season when he stepped into the lineup at 197 pounds, filling in for the injured Jacob Holschlag. Gordon was able to start a majority of the season at 197 and is expected to be factor in lineup battles for the rest of his career at UNI. We will also see Gordon compete in the Greco-Roman Junior U.S. Open at 87 kg, and he will compete at 92 kg in freestyle.

Other wrestlers who have the potential to make their way into next year’s lineup include Biscoglia, who is competing at 57 kg, and Cayd Lara who will compete at 70 kg. Both wrestlers were named in our Redshirt Impact report published last month.

The remaining Panthers, Gable Fox (65 kg), Esmoil (97 kg), and McConkey (125 kg) will also be in contention for a U.S. Open titles. McConkey has the opportunity to make it two in a row for Iowa natives at his weight, as last year’s U.S. Open champion was Dubuque product Gannon Gremmel.