Joe Colon to Compete at Beat the Streets 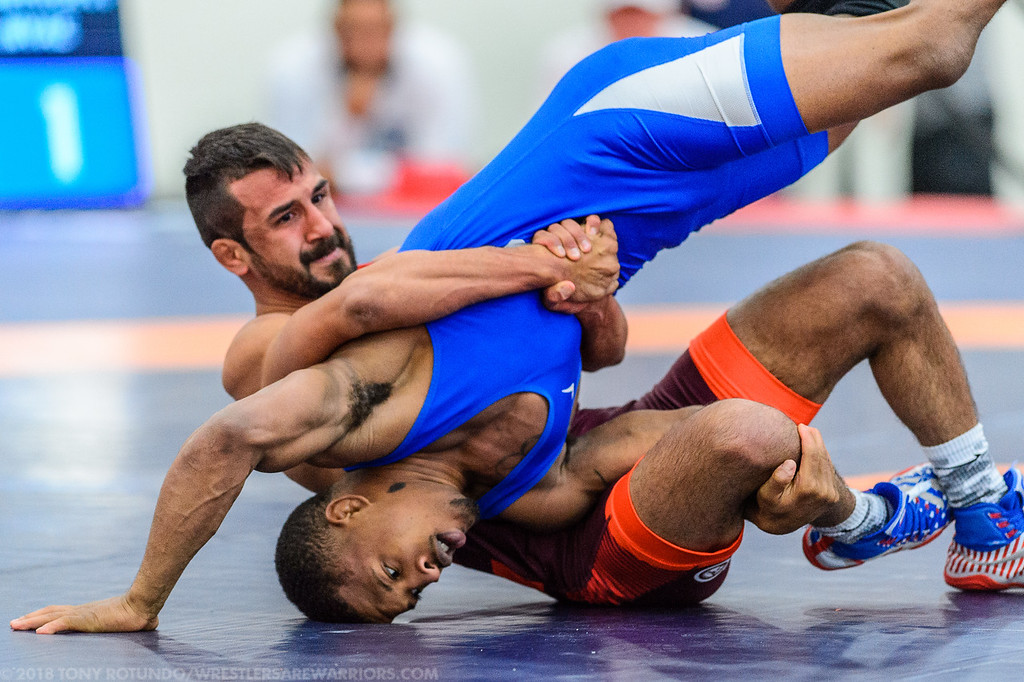 The bout is part of what is shaping up be a historic night of wrestling on May 6 at Hulu Theater at Madison Square Garden.

Suriano was Rutgers’ first national wrestling champion (45 minutes before his teammate, Anthony Ashnault, who will also wrestle at BTS, did the same), taking the 133-lb. division in overtime last month over rival Daton Fix of Oklahoma State. The win capped the junior’s second straight appearance in the finals in a season which included a Big Ten championship, 29-3 record and second straight All-America honors.

Colon, an injury replacement at the 2018 World championships at 61kg, defied the odds and won bronze in Budapest. As a senior at UNI in 2013-14, Colon finished 35-2 after a 27-4 campaign as a redshirt sophomore. His postcollegiate career has included a second place finish at the US World Team Trials in 2015 and a 2018 U.S. Open title. He currently trains in Fresno, Calif., where he also serves as volunteer assistant coach at Fresno State University.

The matchup will be part of an already standout slate that includes featured bouts between 2012 Gold Medalist Jordan Burroughs and 2008 Olympian Ben Askren; an all-New Jersey match between James Green (Willingboro) and Anthony Ashnault (South Plainfield); and a battle of local State Champions in Jo Jo Aragona (Pope John XXIII HS/New Jersey) vs. Adam Busiello (Eastport-South Manor HS/New York).
“Grapple at the Garden” supports Beat the Streets, the largest grassroots inner city wrestling program in the United States, serving as both a fundraiser for the organization and to celebrate its athletes as they compete on the biggest stage in the center of the world.

Tickets for the evening’s action are available now via TicketMaster, priced starting at $30 at .

A variety of donation packages which include “Grapple in the Garden” tickets are also available at https://www.btsny.org/bts-events or by emailing molalde@btsny.org, beginning at $1000. Doors open on May 6 at 5:30 p.m., with the main event starting at 6 p.m.

For the fifth straight year, FloSports will provide live and on-demand coverage on FloWrestling.com.

Beat the Streets Benefit competitions, which began in 2010, have since become a major showcase of the best of international wrestling. This unique and electrifying annual event has helped Beat the Streets raise millions of dollars to support local youth wrestling programs which empower young people in New York City.

The first Beat the Streets Benefit was held on the U.S.S. Intrepid, an aircraft carrier docked on the west side of Manhattan. Since then, the benefit has taken place at other notable New York City spots like Grand Central Station and Times Square. Team USA has faced off against teams from around the world including Japan, Cuba, Russia and Iran. Last year, the competition was hosted at the new Pier 17 in the Seaport District and included the highly anticipated Burroughs vs. Frank Chamizo match.

About Beat the Streets
The mission of Beat the Streets is to develop the full potential of the urban youth and to strengthen the culture of New York City wrestling. BTS works directly with the New York City Department of Education in a public-private partnership to bring the life changing sport of wrestling to over 3,000 New York City student-athletes to help them achieve their personal and athletic goals. Through the operation of wrestling programs in middle and high schools in the five boroughs, BTS and the DOE provide a safe, positive atmosphere in which disadvantaged and at-risk youth can learn the essential life lessons of grit, personal responsibility and teamwork, physical fitness and nutrition, and life-long learning. The goal of fostering strong, well-rounded student-athletes is delivered through coaching, after-school programs, life skills workshops, and summer camps. More information can be found at http://www.btsny.org.

About USA Wrestling
USA Wrestling is the National Governing Body for the Sport of Wrestling in the United States and, as such, is its representative to the United States Olympic Committee and United World Wrestling, the international wrestling federation. Simply, USA Wrestling is the central organization that coordinates amateur wrestling programs in the nation and works to create interest and participation in these programs. It has over 230,000 members across the nation, boys and girls, men and women of all ages, representing all levels of the sport. Its president is Bruce Baumgartner, and its Executive Director is Rich Bender. More information can be found at TheMat.com.