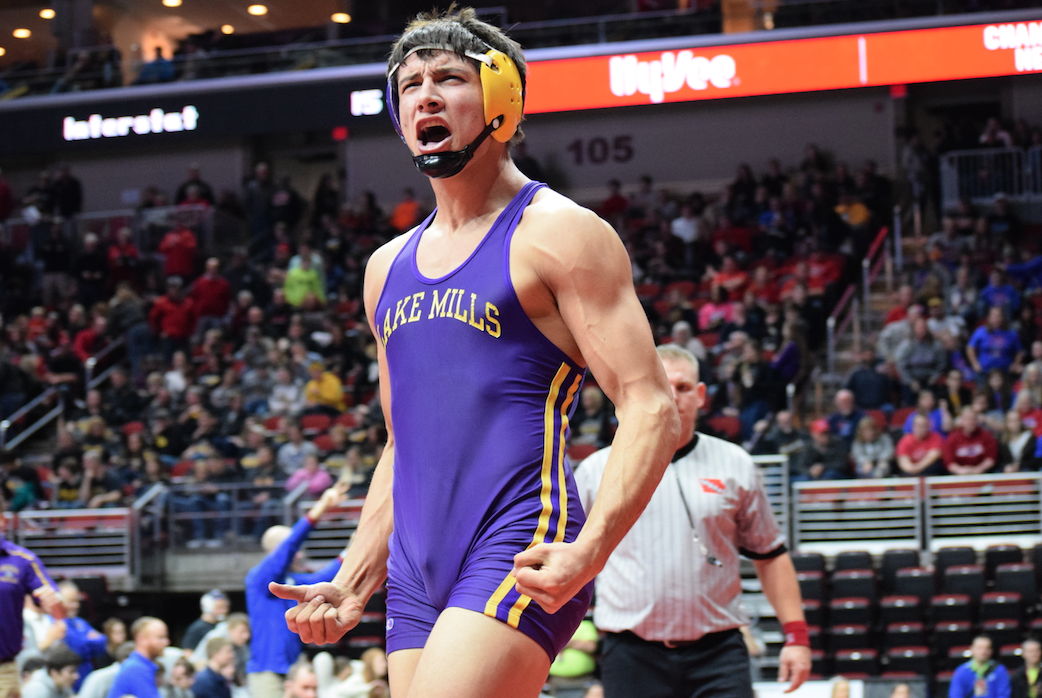 It’s been a busy week for the Loras wrestling team as they continue to expand their 2019 recruiting class. This past week alone the program has added three wrestlers via transfer, and a fourth verbal from an Iowa prep senior. Today, IAwrestle has learned of another 2019 senior prep announcing his verbal to the Duhawks, with that being Montana standout Issac Romero.

The Duhawks received early commitments from Iowa preps Baylor Crigger and Dakoda Powell, both verballed early in their senior seasons to the program. The school also received a verbal from Louisiana standout Peyton Bass. Where the recruiting steam has really picked up has been the past few weeks with the program adding Nolan Noonan (Cascade) and Shane Liegel (River Valley, Wisconsin) followed by this week’s haul which now totals five wrestlers.

Earlier this week we touched on the impact additions of NJCAA runner-up Travis Willers and former top 100 recruit Wyatt Wriedt joining the team from Iowa Central and Nebraska University respectively. Yesterday, a pair of wrestlers hailing from the Lake Mills program each announced their intention to join the Duhawks with one of those being former two-time state champion Slade Sifuentes and the other 2019 state medalist Caiden Jones. Sifuentes will be transferring form rival Division III program Wartburg.

“The main reason I chose Loras was because of the amazing coaches and the family environment they have made.” Sifuentes said, “These coaches genuinely care about you and there focus is to not only make us better wrestlers but better men in life! I am extremely excited to get to work and be a apart of my new family.”

The latest addition to the class is a two-time state champion in the state of Montana, Romero who will look to bolster the team’s lightweights. While Romero is from the western part of the country he does have an Iowa tie. The club he competes for, Big Game Wrestling Club, was started by Iowa native Dylan Carew. The club now has locations in both Montana and Iowa. Prior to returning to Iowa in 2017, Carew was Romero’s main club coach. Romero is also a two-time USA Wrestling Folkstyle All-American.

Romero mentioned that Carew’s instate connection helped build a relationship between himself and the Loras staff.

“I picked Loras because Coach (Trevor) Kittleson is a good friend of one of my coaches.” Romero told IAwrestle, “I just have a really good feeling about Loras College. Te environment and community feels good and comfortable to me.”

Being from Montana Romero is looking to take on a new challenge in the state of Iowa, but is happy to have him former coach close by. Romero mentioned that Carew played a big role in his development growing up.

“Carew is like a father figure to me. He’s a huge role model and mentor. I like him a lot and all the time and work I’ve spent with him is going to pay off. I am very excited about this new journey I’m about to go on.”

Romero also mentioned that he has enjoyed watching the success that another former Big Game Wrestler has had in the state of Iowa and that is his former clubmate Jarrett Degen. A redshirt sophomore at Iowa State University, Degen is coming off of a season where he was crowned as Kevin Dresser’s first All-American while head of the Cyclones. Romero has enjoyed watching the success Degen has accomplished this far in his career, and is hoping to emulate some of the same for himself.

“Jarrett has been a big mentor for me and ‘m excited to be competing almost like he is. Just different levels. I think it’s awesome what he has accomplished.”