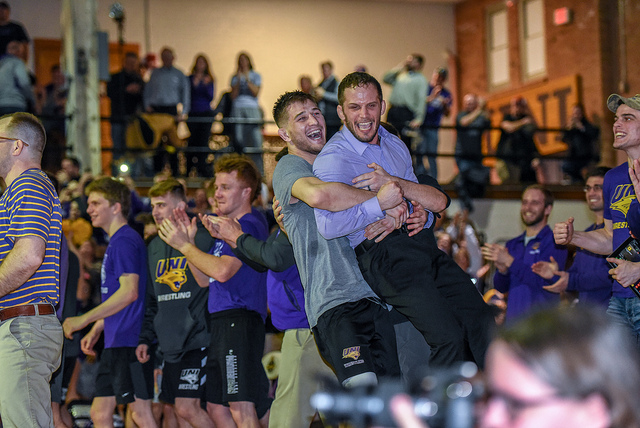 Talk about a year for the history books. UNI closed the 2019 season with the highest finish under Doug Schwab built primarily off the backs of two All-American performances. The headliner of course is Drew Foster who closes out his UNI career with several highs. Earlier this month he became the program’s first ever two-time Big 12 champion. Foster didn’t stop re-writing the UNI history books there as he went into Pittsburgh and won a national title at 184 pounds. It was the first time since 2005 that the program had an NCAA finalist (Sean Stender) and the first title won since 2000 (Tony Davis). He also joined Dylan Peters as Schwab’s second wrestler to earn two All-American honors.

The other wrestler making the podium was 165-pound standout Bryce Steiert, who placed eighth. After coming up just short of the podium as a freshman and sophomore it was great to see the Waverly-Shell Rock native break through and garner All-America status. Moving forward the Panthers now have three active wrestlers returning for the 2019-20 season that have made the podium and could close out their careers as two-time All-Americans. Max Thomsen was just short of the podium this season, and injuries withheld 2018 All-American Jacob Holschlag from competing this season.