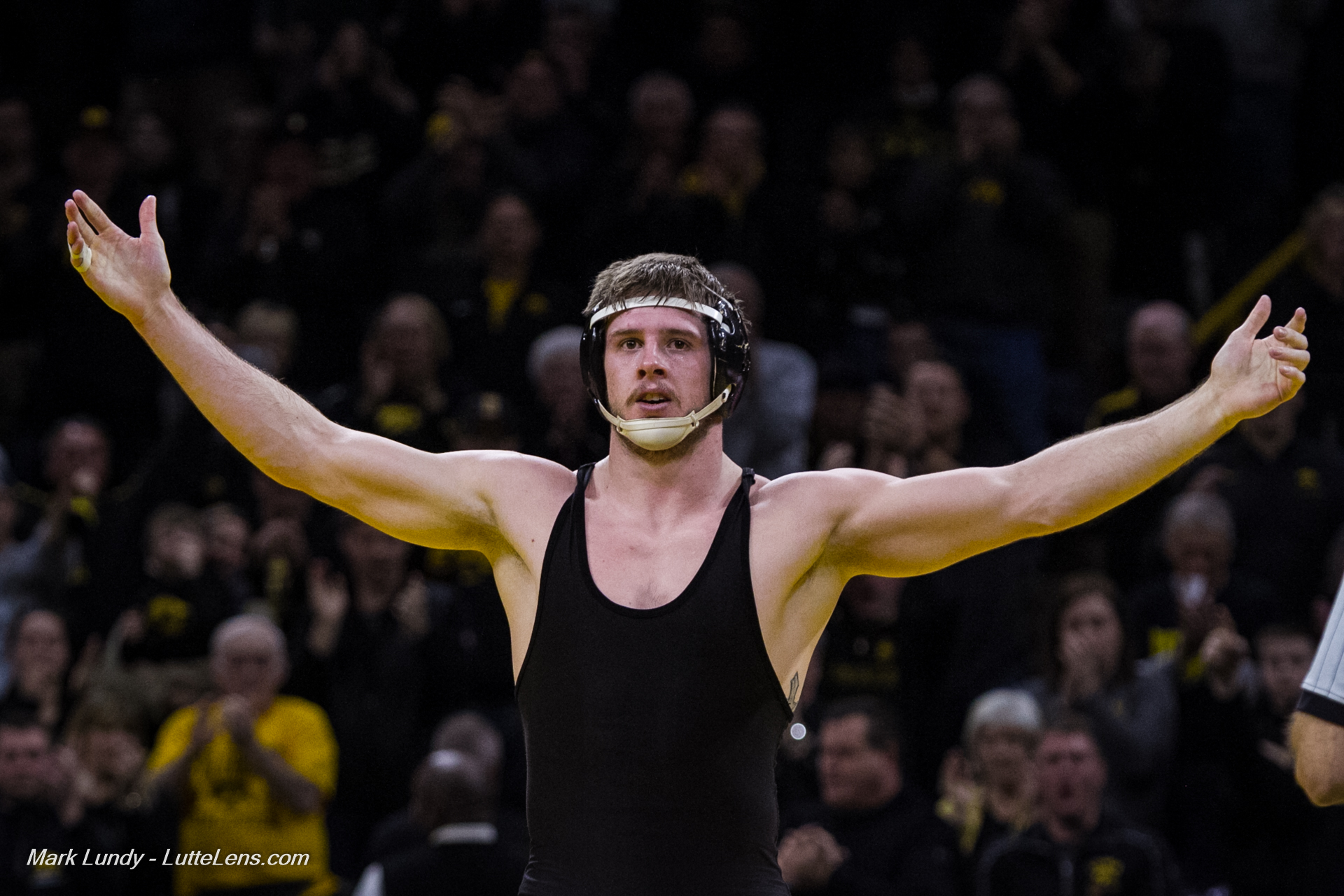 This weekend the Iowa Hawkeyes will be pulling double duty when they take on Indiana on Friday night at home, before hitting the road on Sunday for a meeting with Wisconsin. The Hawks are coming off of their 48-0 shellacking over Maryland that saw eight wrestlers finish with a bonus victory. The Hoosiers are coming off a big victory over their own that saw them knock off #25 ranked Stanford on their home mat.

The dual against Indiana will also be the Hawks’ final home contest of the season, which means it will also be senior night in Iowa City. The current lineup features a pair of seniors Mitch Bowman at 174 pounds and Sam Stoll at heavyweight. The other senior on the roster is 125-pound backup Perez Perez.

If it weren’t for some unfortunate injuries we might be talking about Stoll’s final season being a four-year starter and possibly even a candidate to become another four-time All-American for the program had things gone in a different direction. Stoll was injured near the end of his freshman season when at the time he was a unanimously top eight ranked wrestler. He missed significant time as a sophomore, including the postseason, due another injury. As a junior he was able to remain healthy enough to finally able to get on to the podium, but as evidenced by his late start to this season, injuries have still plagued the former blue chip recruit.

Throughout his time in the lineup Stoll has been a steady presence providing key wins, and overall he’s been considered a great leader for the team. The Hawkeyes have a couple of promising heavyweights looking to replace Stoll next season, and both have undoubtedly learned much from their elder teammate.

The other regular starter in the lineup is former North Scott standout Mitch Bowman, who got his first opportunity to start last season at 184 pounds. His first year in the lineup Bowman ended up a NCAA qualifier where he won two matches on a third place team. He started this season battling fellow Iowa native Cash Wilcke to retain his spot at 184, but when an injury closed the door on teammate Michael Kemerer’s season it opened a window for Bowman to descend to 174 pounds.

Bowman’s preseason certification at 174 proved to be critical for Iowa, especially when they lost redshirt freshman Myles Wilson to injury in a December dual against Iowa State. With the team lacking depth at the weight, Bowman’s presence has greatly increased Iowa’s chances at sending all ten wrestlers to the NCAA tournament next month.

Last is Perez, who didn’t make a starting appearance for Iowa until this season, but is a renowned teammate that has received heaps of praise throughout his career from the staff and fellow wrestlers.

Looking at the dual itself there are not a ton of matchups that jump out, as Indiana enters the dual without a single ranked wrestler. The more intriguing matchups will occur at 125, 157, and 165 pounds as those are the three weights that Indiana features a wrestler with NCAA experience. Though 149-pound starter Fernie Silva was a Division II NCAA All-American last season for Notre Dame.