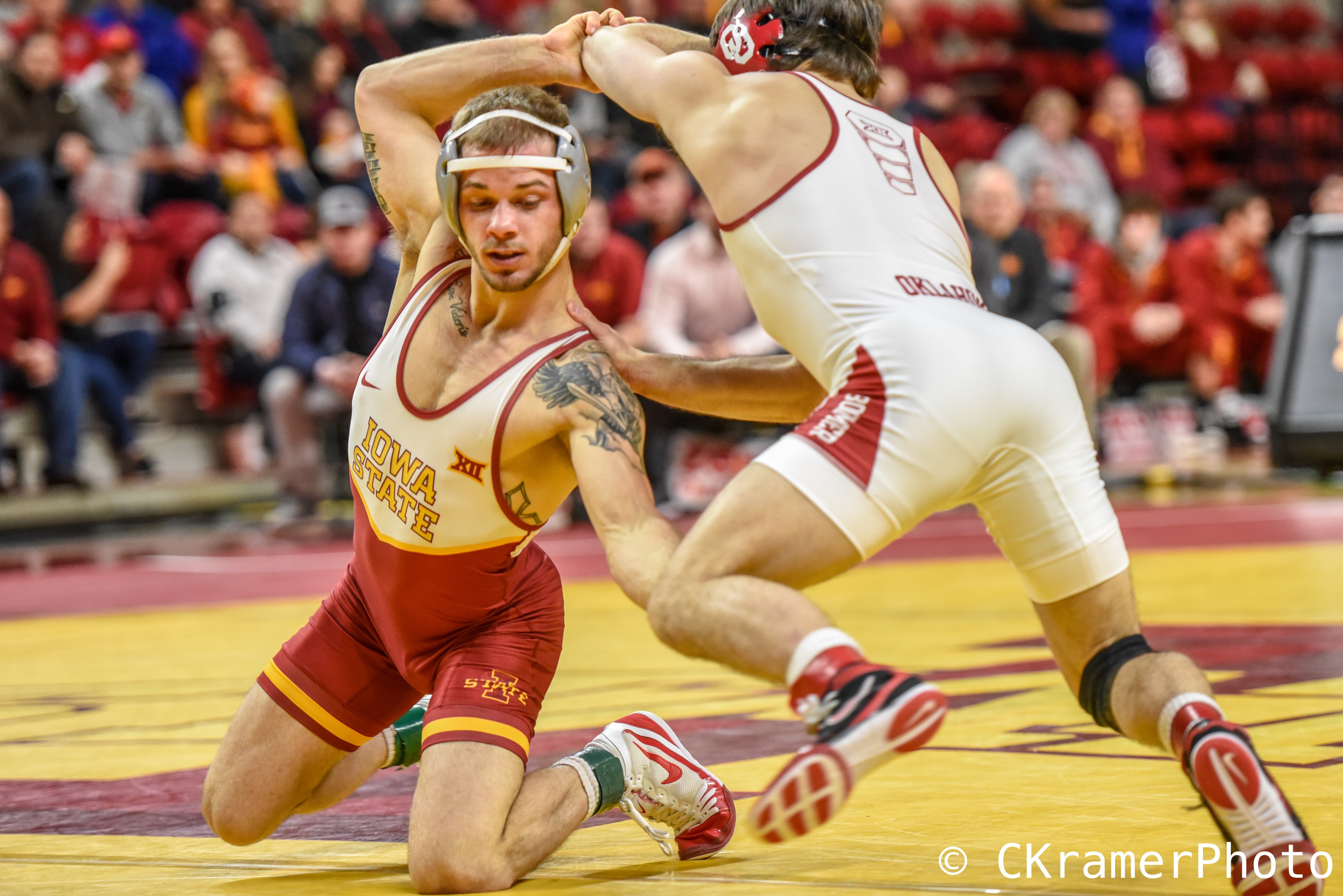 The Cyclones look to get back to their winning ways Friday against the Jackrabbits of South Dakota State. They suffered their first, and only conference loss this season to date, Sunday to Oklahoma State 22-15. This will be the first of two home duals this weekend.

Oklahoma State coach John Smith had this to say after the dual, “There’s no question, That’s the best team we’ve wrestled all year.”

To say that Iowa State is improved would be an egregious understatement! The term “iron sharpens iron” is used a lot in wrestling; well there was quite a bit of sharpening going on last Sunday.

The rematch between Gomez and Fix was everything wrestling fans had hoped for last Sunday. Austin closed the gap from a 6-3 defeat at the Southern Scuffle to 5-4 Sunday afternoon. The winning point coming on riding time.

Ian Parker looks to keep the momentum going against Aric Williams of South Dakota State Friday night. Ian was unanimously voted Big 12 wrestler of the week after wins over No. 15 Dom Demas, and No. 12 Kaid Brock last weekend.

Last weekend wasn’t up to Jarrett Degen’s standards. Although he did get the win at Oklahoma State, by injury default. Degen was down 9-6 after his takedown forty-four seconds into the third period, the stoppage came on that takedown. It was very clear right away that Lewallen would not continue. Former Johnston State Champion, Henry Pohlmeyer will be Degen’s opponent Friday night.

Zane Mulder, former Dallas Center-Grimes prep, will be making his dual debut Friday for Iowa State. Schumacher will be resting a knee, nothing serious, just rest in the midst of a busy second half.

No. 8 Willie Miklus notched two wins last weekend. The latter was a 9-6 win over No. 10 Dakota Geer. The first thing that comes to mind when someone says, Willie Miklus is humble competitor. No big surprise he’s mentioned coaching in his future. When Willie faces Martin Mueller Friday night, I suspect their may be a larger gathering at the tunnel!

I expect the Hilton throngs will grow even more against the Jackrabbits. Against the Sooners a week ago, Iowa State drew it’s biggest crowd since 2002. That happened to be Cael Sanderson’s Senior Day. Hilton Magic is back on the mat!