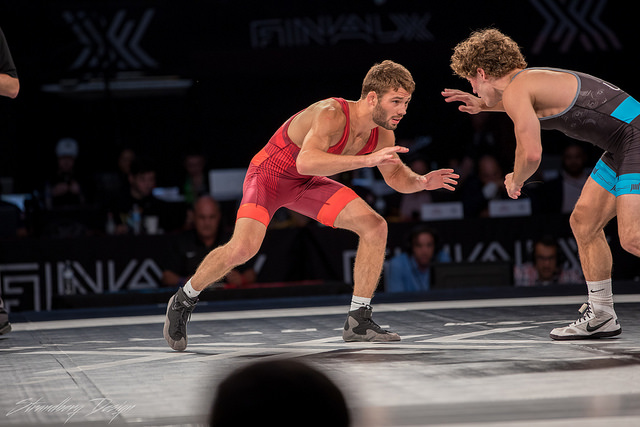 The HWC is coming home with hardware. It may not be the yellow medal that the crew originally set out for, but Thomas Gilman won a bronze medal at 57 kg for Team USA on Friday morning. Fellow HWC member Forrest Molinari was also in the bronze medal match at 65 kg, but she fell to Russia’s Yulia Prontsevitch by a score of 4-1 to take fifth at the prestigious tournament.

Things started off as well as they could for the Iowa group on day one at the Yariguin as Gilman, Molinari, and Iowa native Joe Colon all won big in their first round match. The downside to Colon’s victory was that it ended fellow American Cory Clark’s run early. In the second round of matches all three wrestlers went down to Russian foes.

Gilman was upended 9-0 by Junior World Champion Abasgadzhi Magomedov, but thanks to his run to the finals he pulled Gilman back into repechage. In his path back to the medal stand Gilman took out Turkey’s Ahmet Peker 9-0, which setup his showdown with Erdenebat for bronze. After an early Gilman takedown, Erdenebat responded with five straight points to take the lead. Gilman then mounted a strong comeback putting him up 13-8, adding his final point with a pushout in the closing seconds of the match. It’s considered a strong win for Gilman as Erdenebat is a two-time World bronze medalist and former Junior World champion.

On the women’s side Molinari went down to Mariia Kuznetsova, but was then pulled back into repechage to face Prontsevitch.

There is still one more HWC member yet to receive a draw at the Yariguin and that is 86 kg wrestler Sammy Brooks. His first round draw is expected to be announced today, with the opening round taking place on beginning Friday night at 10 PM CT.