A busy weekend for Iowa State starts at home against Oklahoma 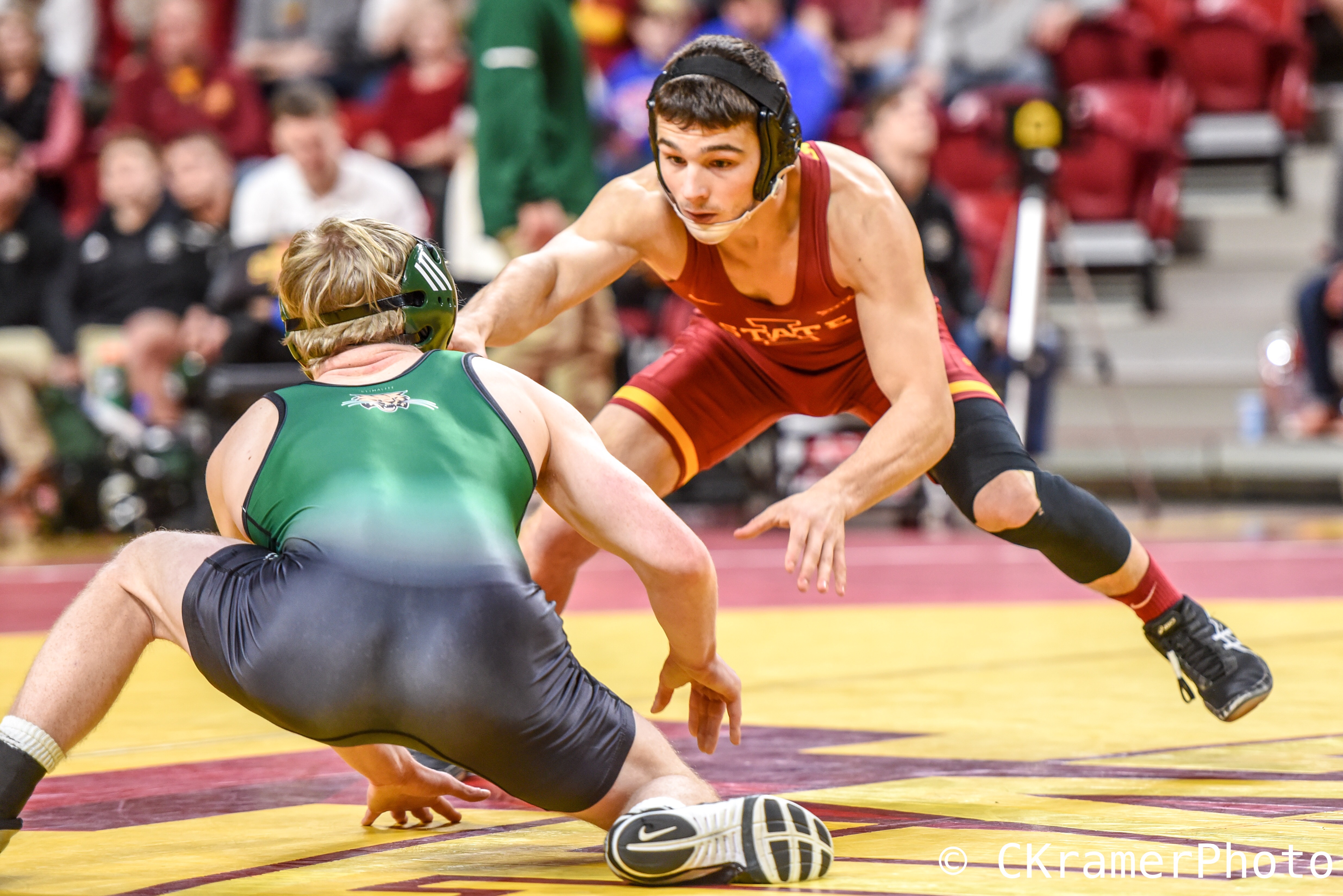 The Cyclones have two duals in less than forty-eight hours this weekend starting with the Sooners at Hilton Friday night. They take a five win dual win streak, and an undefeated Big 12 record into the weekend. Coach Dresser and company have little rest with a dual in Stillwater, Oklahoma on Sunday afternoon.

Bringing a three match win streak (two of which were falls) against Oklahoma is, Alex Mackall. He’s looked good in the month of January, and seems to be building as we approach March. Alex will likely face Christian Moody on Friday.

No. 10 Austin Gomez bounced back nicely against West Virginia. He took the decision over No. 11 Matt Schmitt 8-4 on Sunday. The 133 pound weight class is tremendously deep, but everyone is beating up on each other. Gomez is smack dab in the mix. You can never count out Austin; I believe he proved this at the Scuffle.

The only ranked matchup of the dual comes at 141 pounds. It pits, No. 10 Ian Parker versus No. 15 Dom Demas. Parker has looked like a man on a mission since…well, all year. He’s got eleven bonus point victories this season for the Cyclones.

You hear three words quite a bit around Iowa State wrestling: trust, consistency, and toughness. No. 9 Jarrett Degen exemplifies all three! Consistency, I’d say eighteen wins and upwards of forty takedowns fits the bill. Toughness, winning by major decision with an eye almost swollen shut. Trust, without it you don’t acquire the previous two examples.

Former Independence prep, Chase Straw is the wild card in Iowa State’s deck. He didn’t get a lot of mat time early in the season. He’ll get plenty of opportunity to find consistency in a packed schedule the rest of the way. Chase will take on Justin Thomas Friday night.

Logan Schumacher has cut down from 174 in the first half of the season to win the starting spot at 165 pounds. While not having the luxury of a red shirt year due to injuries; Logan has showed promise in his first few matches for the Cyclones.

Making The Open Mat rankings for the first time is Marcus Coleman. He checks in at No. 19 this week. Personally I think it’s a week or two late, but that’s what we do with rankings…we second guess. The pride of Ames High will face Anthony Mantanona when the Sooners come to town.

Checking in at No. 18 in this weeks rankings, Sammy Colbray. Sammy will be looking for his sixth win in a row, dating back to the Scuffle where he closed out his tournament with a fall for fifth place.

No. 8 Willie Miklus, I believe will to continue to gain steam as we push to the end of the season. Since a setback versus Fresno State, Miklus has earned an 11-4 decision and a fall in the second period against West Virginia.

Battling is something Gannon Gremmel has done all season for the Cyclones. A big win against Jake Boyd Friday night would have him going in the right direction going into Oklahoma State on Sunday.