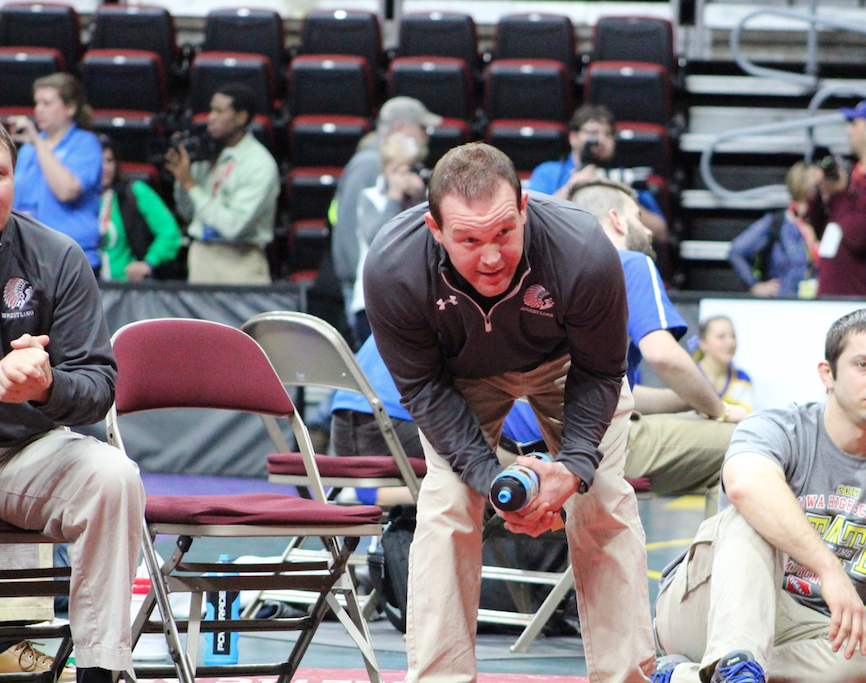 According to a report from New Hampton Tribune, Nick Hemann has been let go of his head coaching duties at New Hampton/Turkey Valley.

““The New Hampton Community School District is announcing that Mr. Nick Hemann will not be completing this wrestling season as the head wrestling coach with the district,” Superintendent Jay Jurrens wrote in the statement, but Jurrens did say Hemann will continue in his position with as a high school special education teacher with the district.

Jurrens said that assistant coaches Matt Paulus and Andy Geerts will serve as co-coaches and be assisted by the program’s volunteer coaches.

NH/TV recently received the No. 3 ranking by the IWCOA with five ranked wrestlers. NH/TV is the returning Class 2A dual team champions with a runner-up finish at the traditional state tournament.

“Unfortunately something where I thought I was simply helping and passing something on to someone. It was not communicated properly and I should have known better. There is nobody to blame but myself and I have accepted the responsibility all while trying to rationalize “the why” as I told family members who were also devastated. Most importantly my four children who were just as invested in Chickasaw Wrestling as I was. Obviously something that I was very passionate about is no longer with me and I need to somehow find the purpose that god had for this happening when it did. I will tell you this, NOBODY cared about the New Hampton Wrestling program and those wrestler more than myself. I never asked them to do anything I wasn’t willing to do myself and would give them the shirt off of my back. I appreciate the hundreds of people reaching out to me during this difficult time. Thank you”

IAwrestle is looking for more details. Stay up to date by following us twitter at @IAwrestle