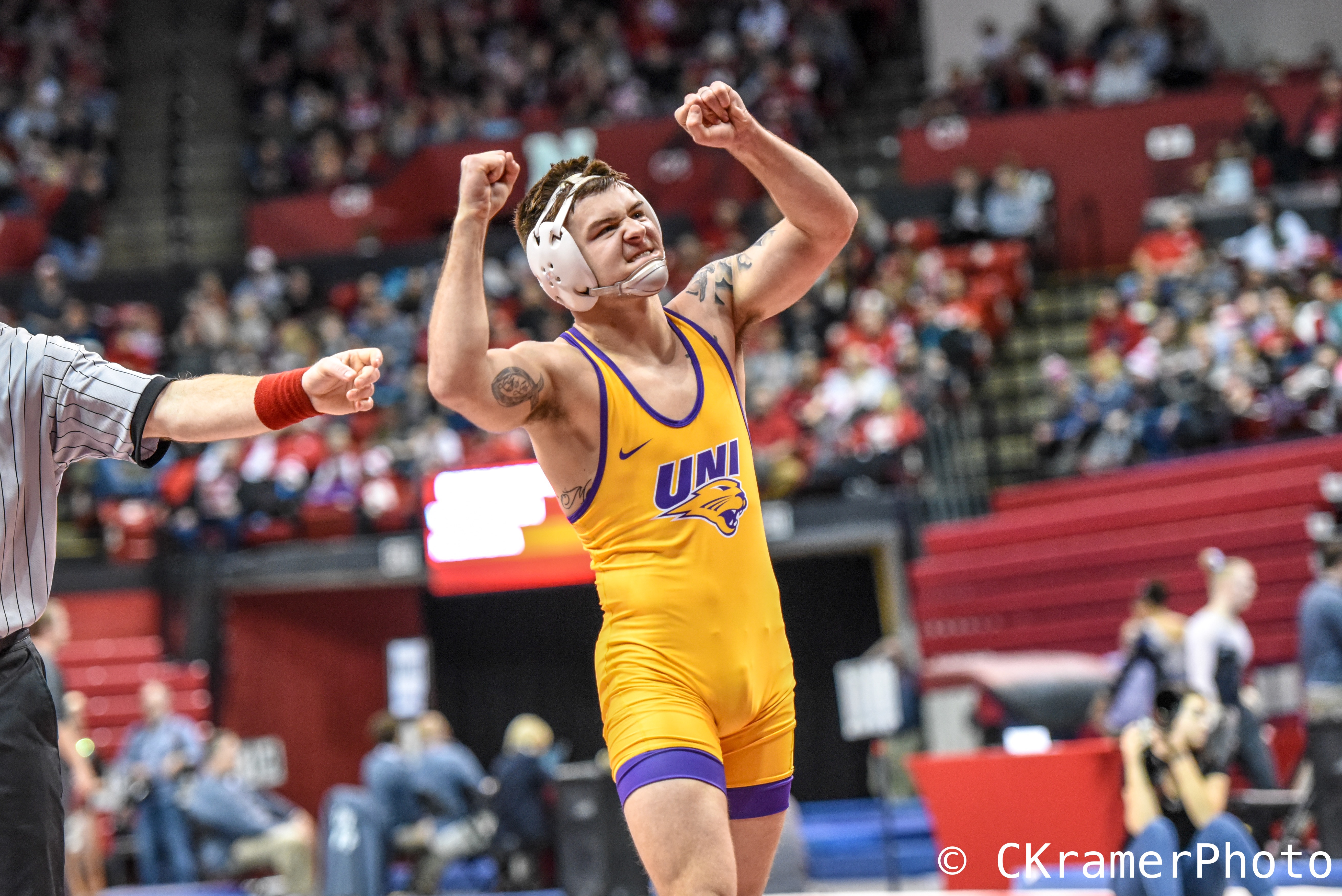 *Note: The dual was simulcast with Nebraska’s women’s gymnastics team’s meet with the University of Washington, so some details might be left out*

First, the good. Josh Alber got a solid win over returning all-american Chad Red 6-4. Alber led the entire way and never really looked in danger of giving anything up. Alber has found a different gear since his match with Yianni Diakomihalis last month, as he hasn’t dropped a match since.

Taylor Lujan also got a big win over #9 Mike Labriola, which is Lujan’s highest-ranked win over an opponent this year. Lujan scored a takedown in each period, then used three escapes and added a point for riding time to win 10-5.

In the marquee match of the night, Drew Foster dropped a close match with #5 Taylor Venz. Venz threw Foster for 4 in the opening seconds of the first period, but Foster fought all the way back to tie it at 5 going to the second. After giving up an escape and takedown in the second (and a rideout from Venz that featured him hanging onto Foster like a sloth and featured zero attempts to turn the Panther), Foster earned an escape point to cut Venz’ lead to two in the third. There was a little controversy at the end of the period, as Foster and UNI wanted a takedown scored as time was short, but the officials did not award one. They reviewed it and upheld their call, and so Foster lost 8-6.

Max Thomsen and Jack Skudlarczyk were the other two Panthers to secure victories for UNI. Skudlarczyk won 8-6 in sudden victory over true freshman Jevon Parrish. Nebraksa pulled the redshirt off of Parrish, who was 12-4 on the season before facing Skudlarczyk tonight. Parrish came out with a pair of takedowns and a two point nearfall in the first period to build a 6-1 lead, but wouldn’t score again for the rest of the match. Skudlarczyk earned a takedown in the second and third periods to force sudden victory, and didn’t waste a whole lot of time before getting the winning score.

Thomsen won a tough battle with Collin Purinton, 10-4. the Panther let Purinton kind of hang around for the first period and a half, leading 3-1 halfway through the second. Thomsen was able to pull away a little bit, scoring three takedowns after that, including two in the third period, but was unable to come away with bonus points.

A couple of unranked Panthers in Jay Schwarm and Tyrell Gordon were able to keep things close against ranked wrestlers but ultimately fell. Schwarm lost 5-2 to #13 Zeke Moisey in a match that didn’t feel as close as the score indicates; Moisey was ahead or in the top position for most of the match. Gordon kept things close as well but the freshman’s inability to score points in the first two periods was too much to overcome, he lost 6-3 to #6 Eric Schultz.

The Panthers are next in action this Thursday night, when they travel to Missouri. The Tigers are 11-0 on the year, and 5-0 in MAC wrestling.