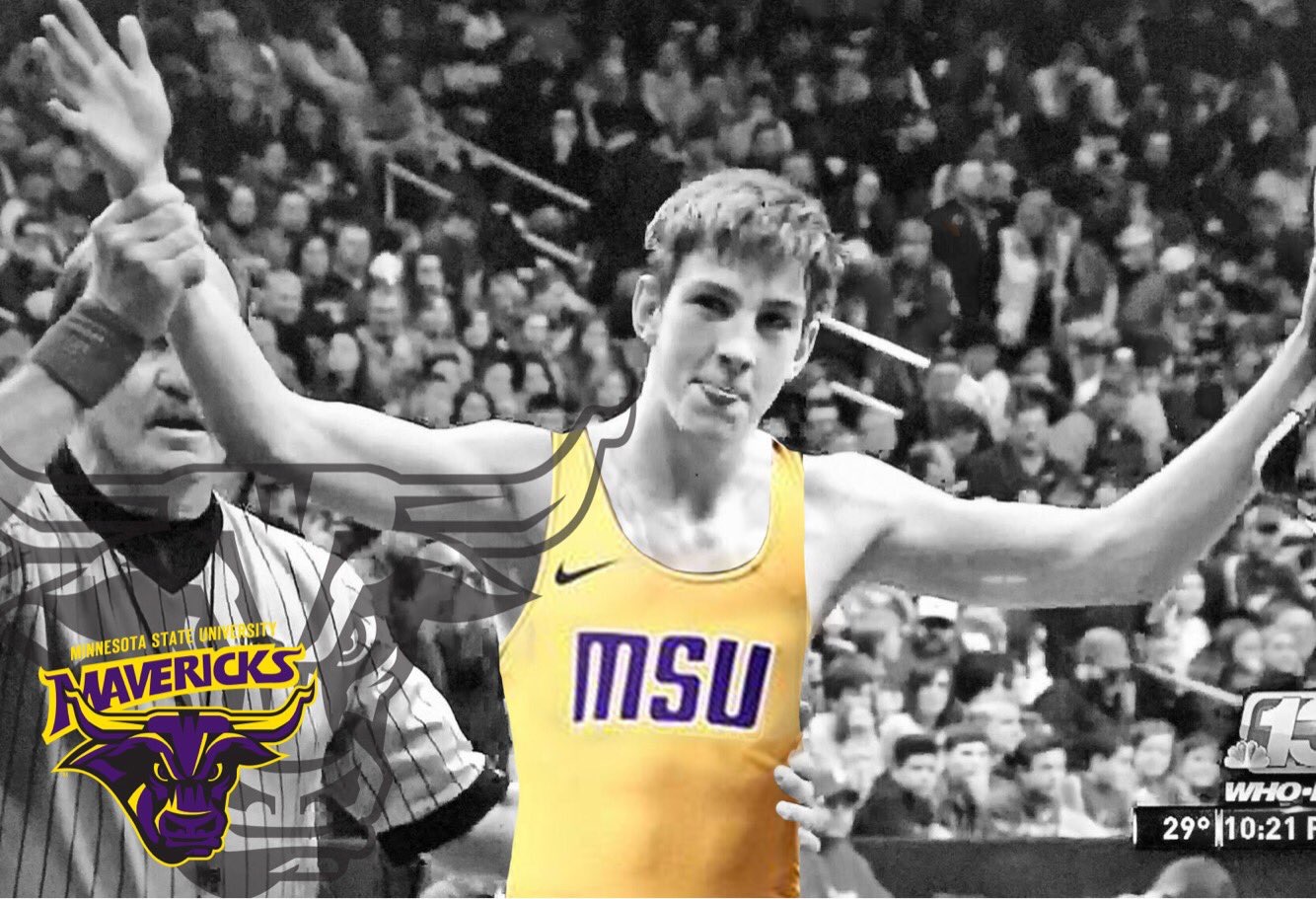 Andrew Flora of ADM has made continuous jumps in his wrestling throughout high school. He went 39-18 as a freshman and was a state qualifier, as a Sophomore he improved to 48-7 and a 4th place finish at the state tournament. He turned all of that into a great Junior season where he went 46-1 and won his first state title at 113 pounds. He is currently ranked #1 in class 2A at 126 pounds. Now he has turned all of that success into a chance to wrestler in college and has committed to Minnesota State University.

Flora chose the Mavericks over Grandview and Wartburg and also received some interest from Northern Iowa and South Dakota State. He plans to wrestle at 133 or 141 pounds at the next level.

“I loved everything about the school altogether.” Flora told IAwrestle “The coaches are phenomenal, they have a great wrestling program, and MSU felt like home to me. The guys on the team and very cool and welcoming and MSU is a great academic school as well and I liked that a lot. Also knowing that (former ADM wrestler) Zach Johnston was there helped a lot. Overall I knew I had the best chance to succeed as a wrestler individually and have success as a team.”

He added “I would like to thank my parents for all they have done for me. I wouldn’t be where I am today without them! I would also like to thank my coaches from youth on up to high school for all of the time they have put into making me a better wrestler and pushing me to be the best wrestler that I can be.”

He will join fellow Iowa natives Neil Clement of Crestwood, Zach Johnston of ADM, Logan Linderbaum of Solon, and Cooper Siebrecht of Lisbon on the MSU roster. Former Iowa Hawkeye All American wrestler Ty Eustice is also an assistant coach.