No. 5 Fort Dodge vs No. 6 Ankeny Centennial LIVE on IAwrestle 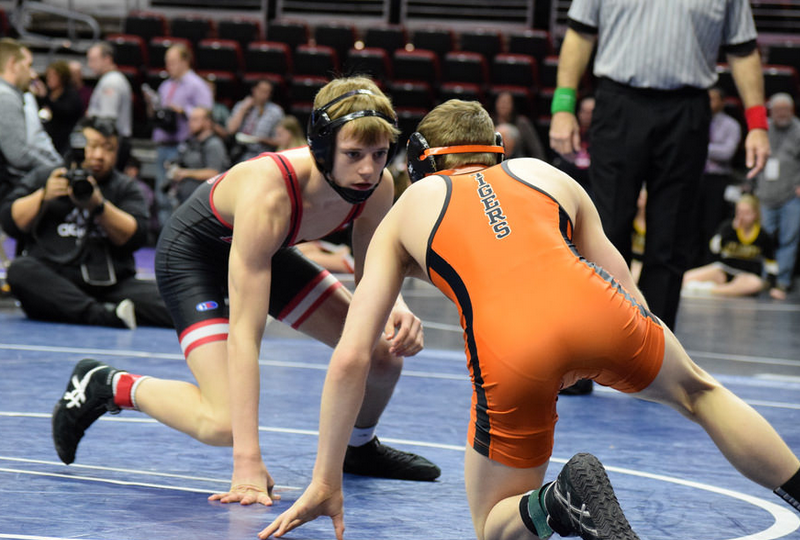 The Jaguars and defending State Champion Dodgers open their seasons in a ranked clash right out of the gate. Wrestling fans didn’t have to wait long to see a top ten battle, pitting the fifth ranked Dodgers against the sixth ranked Jaguars.

Drake Ayala is your early favorite to bring home a title at 113 pounds come February, and is ranked #1 by IAwrestle. Ayala finished second to Cullan Schriever at 106 pounds last year. He was a Fargo All-American in July. Drake kept the momentum going this fall when at Agony in Ames he beat, at the time ranked third nationally, Braxton Brown of Texas 9-5. The following weekend he was runner-up in the prestigious Super 32 tournament in North Carolina. This all equals a ranking of no. 2 nationally. Drake’s opponent looks to be Jackson Bresson of Ankeny Centennial.

At 126 pounds the Dodgers have ninth ranked Brooks Cowell going up against Joey Mayer of Centennial.

Ben Monroe enters the season as IAwrestle’s top ranked 132 pounder, however he’ll take on Kody Cook of Fort Dodge at 138 pounds to start the season. Monroe was the runner-up at 120 pounds at the State Tournament last February.

At 145 pounds is our second ranked matchup. Devon Ross of Fort Dodge will look to improve upon his sixth place finish last February at Wells Fargo Arena at 138 pounds, and begins the season ranked fifth by IAwrestle. His opponent, Eric Owens of Ankeny Centennial, just missed qualifying for the tournament last year at 132 pounds, finishing third at Districts. Owens is ninth in IAwrestle’s pre-season rankings.

Logan Neils of Centennial will face Kaden Smith of Fort Dodge in another ranked matchup at 170 pounds. Neils starts his season ranked third after finishing fourth in the state last year at 160 pounds. Smith is fifth in IAwrestle pre-season rankings; he was a state qualifier a year ago.

Triston Licht of Fort Dodge will begin his season ranked fifth by IAwrestle at 195 pounds. His opponent will be Ethan Frazier of Ankeny Centennial. Licht finished eighth at Wells Fargo Arena a season ago.

One thought on “No. 5 Fort Dodge vs No. 6 Ankeny Centennial LIVE on IAwrestle”