Watters, Miracle & Molinari set to compete Thursday at U23 Worlds 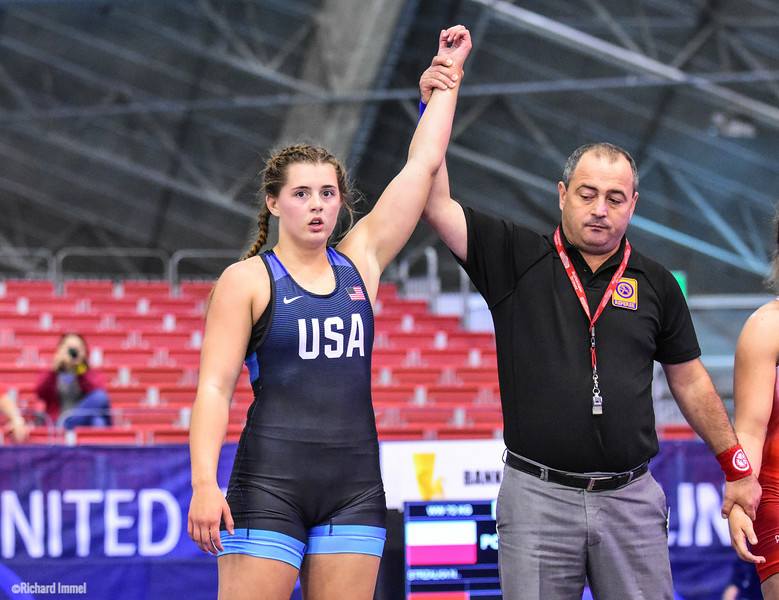 The U23 World Championships have been taking place this week in Bucharest, Romania. The men’s Greco-Roman team started things off and the women started on Wednesday. Thursday there will be three women with strong Iowa ties competing. Iowa native Rachel Watters, who attended Ballard high school, will compete at 72kg.

Also competing for team USA will be two current members of the Hawkeye Wrestling Club in Kayla Miracle at 62kg and Forrest Molinari at 65kg. All 3 women enter the tournament as very strong medal contenders.

Kayla Miracle comes in with a ton of accolades and experience. She was a 4 time national champion in college. Kayla was also a Cadet silver medalist and 2 time Junior bronze medalist. Miracle also won the senior US Open this year before a loss at Final X to Mallory Velte who become a world bronze medalist.

Miracle will open with 2018 U23 European bronze winner Kathrin Mathis of Austria in the first round.

Her stiffest competition should come from Yukako Kawai of Japan who was the 2018 Senior World silver medalist.

Forrest Molinari made the Senior level world team this year but came up 1 win short of medaling in Budapest. She will be competing on her second U23 World Team.

Perhaps her biggest challenge in this bracket could come from Ayana Gempei of Japan who was the 2018 Senior World bronze medalist as well as 2017 U23 World Champion.

Rachel Watters currently wrestled for Oklahoma City University and makes her return after being a member of the 2017 U23 team. Rachel made the Final X finals this year and came close to a spot on the Senior World Team before falling to veteran Erin Clodgo. Watters does being a lot of experience on the world stage having also been a part of 3 Junior World Championship teams.

Watters will face 2016 Cadet World bronze medalist Kamile Gaucaite from Lithuania in the opening round.

Naruha Matsuyuki of Japan also comes in as one of the favorites after winning the 2018 Junior World bronze medal and 2017 U23 World silver medal.

Competition will start at 2:30 AM Central time on Thursday and you can watch live on TrackWrestling.com.  Also make sure to follow USA wresting on twitter at @USAWrestling for live updates.