Lineups Set for AWL I 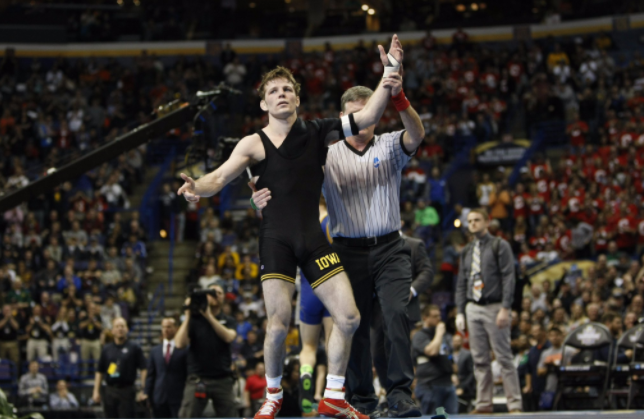 Lineups for AWL I are set and there are plenty of wrestlers with Iowa ties that will be competing in the event. One of the highlight bouts of the night will no doubt be the 61 kg meeting between Cory Clark and Tony Ramos who were teammates at Iowa.

Below is the press release written by Andy Hamilton of Trackwrestling.

David Taylor picked his team last week during the Amateur Wrestling League Draft and stuck with his primary choices.

Kyle Dake opted to shuffle a few pieces around with his squad.

The World champions, tasked with AWL captainship, submitted their lineups Saturday for the league’s inaugural event in Cedar Rapids. The Nov. 30 dual will feature the much-anticipated clash between Jordan Oliver and Zain Retherford, a showdown between Iowa alums Tony Ramos and Cory Clark and a few matchups that weren’t in the cards on draft day.

Dake elected to slide Isaiah Martinez up to 79 kilograms, where the two-time NCAA champion will tangle with Hodge Trophy winner and Team Taylor No. 1 draft pick Alex Dieringer. Moving Martinez up created an opening at 74 kilograms that Dake filled with U23 World champion Richie Lewis, who will match up with Tommy Gantt.

Dake is also going with Deron Winn as his starter at 92 kilograms and the newest member of his team at 57 kilograms. Dake and Taylor worked out a trade Friday that sent Frank Perrelli to Team Dake in exchange for Nick Simmons. Perrelli will take Nico Megaludis at 57 kilograms.

Each of the participants will collect $2,500 to wrestle in the event, which will be streamed live on Trackwrestling. The winners will pick up an additional $5,000.