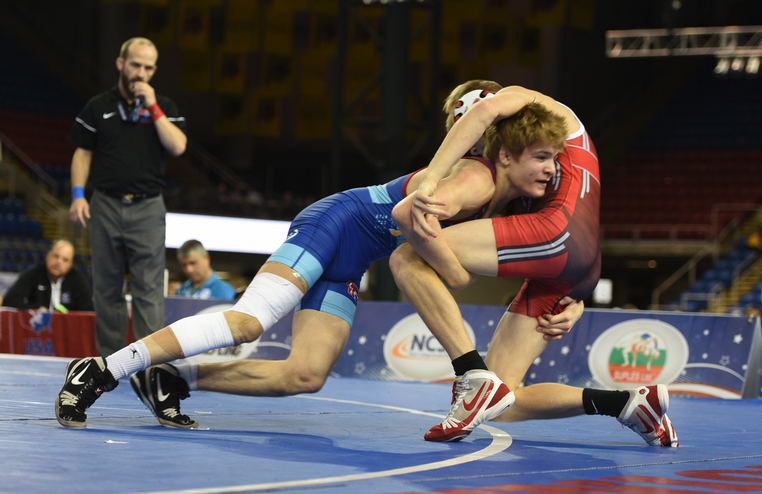 Last season Cullan Schriever became the first Iowan in history to win the high school division of the prestigious Super 32 tournament when he won the 106 pound bracket. Since then he has added a 2nd Iowa state title and a Fargo national championship. Now he is back to defend his crown up at 113.

Carter Fousek won a middle school title in 2016 and was 3rd in 2017 as an 8th grader. He was also a 2018 Fargo Cadet national finalist. Now he is in high school and up a little in weight so we will see how he fares against the nations best at 106.

Nick Oldham burst onto the national scene in the last year by winning the Conflict at Carver, falling just 1 win short of placing at the Super 32, and then winning an Iowa state title. Now the top available senior in Iowa will try to up his stock even more with another strong showing this weekend.

Another of the hottest wrestlers in Iowa is Fort Dodge’s Drake Ayala. He was a 2017 Fargo Cadet national champion and had an extremely strong freshman season for the Dodgers. He is now looking to add Super 32 place winner to his resume and I look for him to do just that.

A strong group of middle school wrestlers are headed to the Super 32 this weekend as well. The group will be headlined by returning champion Kale Petersen who won the 75 pound bracket last season and will be at 80 pounds this year.

Ryder Block won the Super 32 elementary tournament in 2016 and will now be looking for a middle school title.