Patton, Kelly Dropping Down to 157 This Season 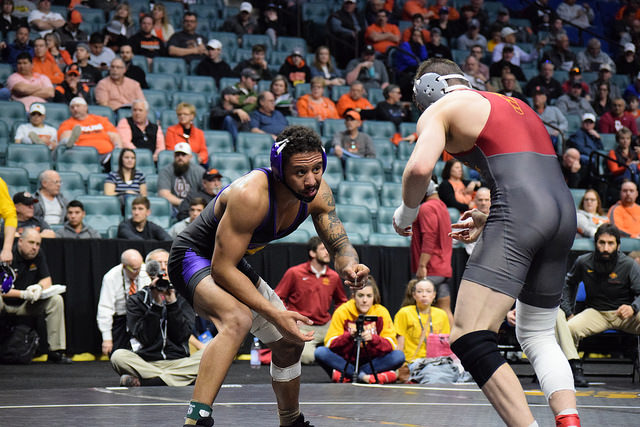 The competition may be heating up in Cedar Falls as IAwrestle has confirmed that Dan Kelly and Isaiah Patton will be making the cut down to 157 pounds. Both wrestlers are entering the junior year of eligibility at UNI and both wrestlers split time as the Panthers’ 165-pound starter last season.

After the surprise news came out that presumed starter Bryce Steiert would be redshirting during the 2017-18 campaign, the Panthers were suddenly in need of a starter in the heart of their lineup. The results were mixed as the Patton/Kelly duo combined for a 19-26 record. By year end Isaiah Patton won the postseason nod for UNI where he finished with a 1-3 record at the conference tournament.

The pair will now have to contend with Paden Moore and Logan Ryan, who had a similar lineup battle for the 157-pound spot last year. Ryan ended the season as the team’s postseason starter and he finished 3-2 at the Big 12 tournament.

Heading into this season, UNI is poised to have their biggest year yet under head coach Doug Schwab, with the previous standard being set in 2017 when the team qualified seven wrestlers for the NCAAs and crowned a pair of All-Americans. With both Kelly and Patton moving down to 157 it should only boost the depth and production from that weight as competition breeds excellence.