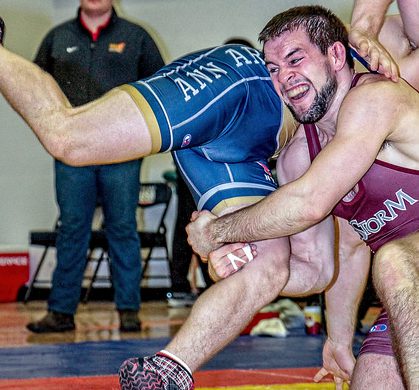 Chris Dardanes will be leaving Iowa City and the Hawkeye Wrestling Club to become a volunteer assistant coach at South Dakota State University.

Chris, along with his brother Nick, have been members of the Hawkeye Wrestling Club for the past two seasons. Prior to coming to Iowa City they wrestled for the Univeristy of Minnesota. Chris was a three-time All-American and a Big Ten champion for the Gophers before graduating in 2015.

The move leaves the HWC with 10 active wrestlers: