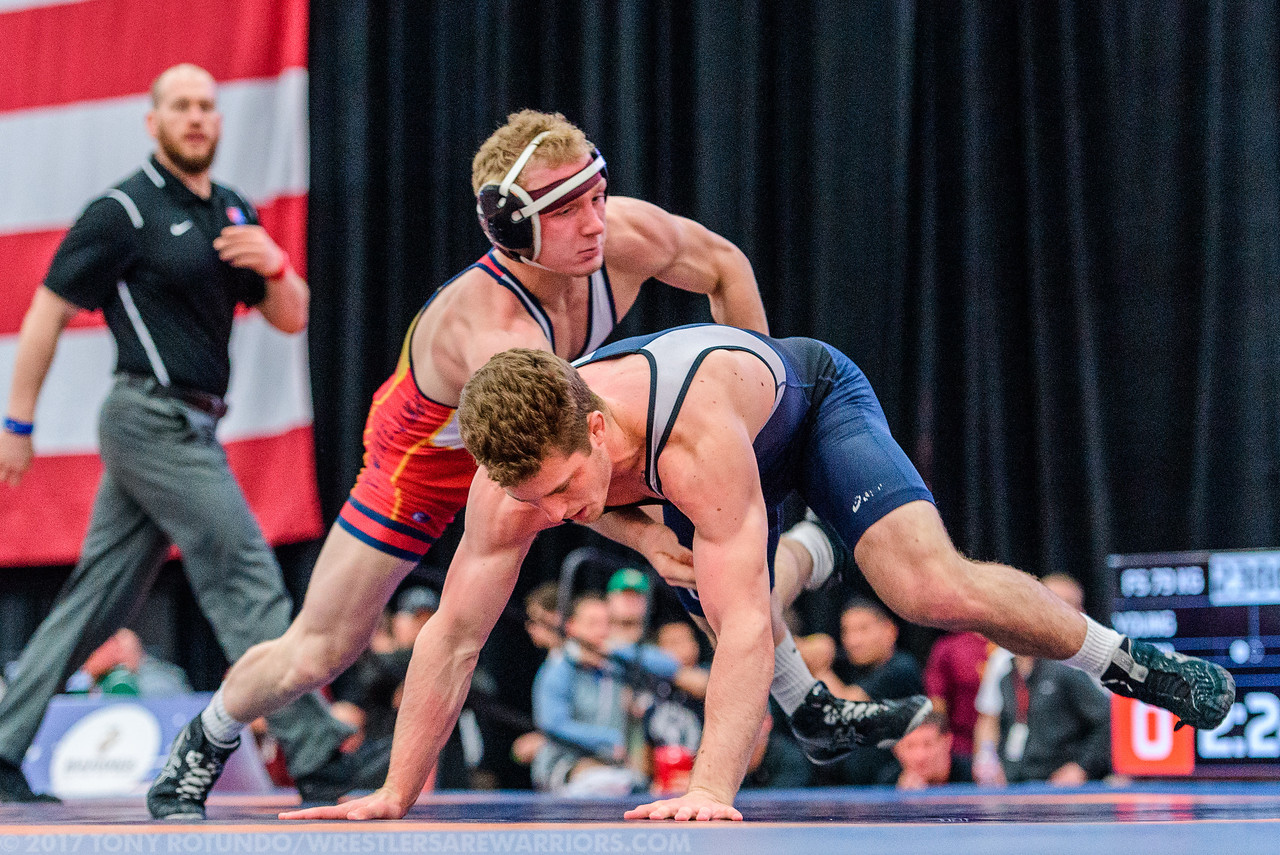 The University of Iowa has registered 13 of their wrestlers for this weekend UWW U23 World Team Trials, which takes place in Akron, Ohio. The event starts on Friday June 1st with Greco-Roman competition before switching to freestyle the final two days. With the winners of each weight making a World Team for the United States wrestlers that reach the finals of their respective brackets will compete in a best-of-three showdown. The Trials champion will then get the opportunity to wrestle at the World Championships in Bucharest, Romania in November.

After beginning the 2017-18 season as the Hawkeyes’ 125 pound starter, Stickley moved to the backup role after head coach Tom Brands made the decision to pull Spencer Lee’s redshirt. Now the second year wrestler will be competing at roughly two weights higher than his college weight at 143 pounds. With Lee coming off a NCAA title at 125 and Iowa adding Drexel transfer Austin DeSanto and top 50 recruit Aaron Cashman at 133 pounds – Stickley’s decision to pack on weight may bode well for him and the team.

With rumors circulating that sophomore Michael Kemerer may not be returning to 157 pounds, there has been a lot of offseason chatter on which wrestler on the team will step into the lineup if the two-time All-American does end up changing weight classes. One of those wrestlers mentioned is redshirt freshman Kaleb Young, who will be competing at what equates to 165 pounds this weekend. Young has primarily competed at 165 pounds during his college career, but he did make a late season run at the 174-pound spot in the lineup. Last summer Young competed at 79 kg in the UWW Junior division, so seeing Young at 74 kg may signal he is working his way down.

Also apparently working his way down is two year starter Cash Wilcke who is registered this weekend at 86 kg. After starting the last two seasons at 197 pounds, it looks like Wilcke will be dropping down to 184 for his junior season – which is the weight Wilcke competed at as a true freshman. This weekend could provide a good litmus test as to where Wilcke and incumbent 184-pound starter Mitch Bowman stack up.

Absent from the entry list is the Hakwyes’ notable Junior eligible wrestlers Spencer Lee, Max Murin, Alex Marinelli, and Jacob Warner. Lee has already announced his summer training schedule which did not include competing for any World Team spots, while Warner is already qualified for the Junior World Championships. After already competing for the Junior World Team it may be an instance with Murin and Marinelli getting a break from the competition grind.