Harrington Moving on from Iowa State 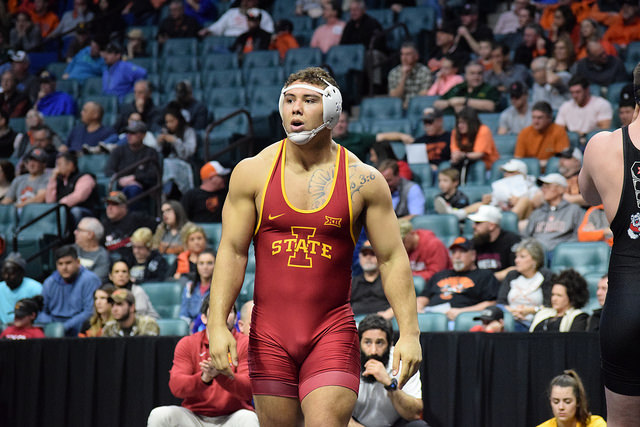 Another wrestler is moving on from Iowa State as Cody Goodwin is reporting that Marcus Harrington is leaving the team. A two year starter for the Cyclones, the loss of Harrington will be a big blow to the team’s heavyweight depth. The news comes weeks after it was first discussed on the Potentially Dangerous podcast.

Listen to Ross and Tony breakdown the Harrington news on PD114:

“I just thought it was time,” Harrington told the Register. “I could just tell by the way the last couple of years have went, and my motivation has just been elsewhere. Just haven’t had the same spark that I used to about the sport.”

Harrington wrapped up his junior campaign with a 22-13 record and 37-34 record overall. He was a NCAA qualifier as a sophomore at 197 pounds. Unlike other departures we have seen in the past 12 months from this program it sounds as though Harrington’s decision comes from a place of the athlete wanting to put his  days as a competitor behind him. Instead Harrington has graduated and will look to put his degree to use.

Replacement options for Harrington include redshirt freshman Gannon Gremmel, who compiled a 20-8 record this past season. The freshman also recently captured a Junior national title last month in Las Vegas. The Cyclones will also be adding Francis Duggan, a state champion for Iowa City West. We will also see if this news leads the Cyclones to increase their interest in Dubuque Wahlert prep Boone McDermott who visited the university last month.

2 thoughts on “Harrington Moving on from Iowa State”