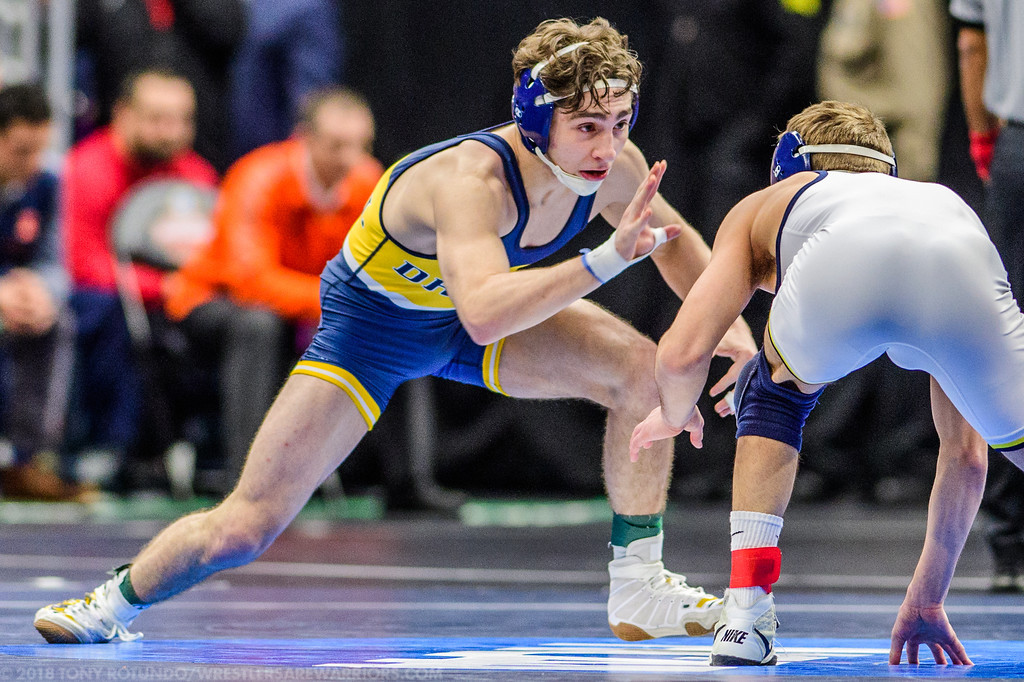 The Hawkeyes picked up a big transfer addition, as Trackwrestling’s Andy Hamilton is reporting that Austin DeSanto will transfer to Iowa City to complete his eligibility. Granted a full release from Drexel, DeSanto will have four years to compete in three seasons as a Hawkeye with his redshirt still available for use. The full release from Drexel will grant DeSanto the ability to compete right away for the Hawkeyes.

DeSanto was visited by members of the Iowa coaching staff shortly after receiving his release and he also famously visited Iowa City during the World Cup earlier this month. He reportedly also considered offers from Penn State, Nebraska, and Rutgers before picking Iowa. Additional rumors circulated that DeSanto was looking to compete at 141, but according to IAwrestle sources DeSanto is expected to be at 133 this season.

Only a true freshman, DeSanto compiled a 28-7 record at 133 pounds in his first season with notable wins over 2017 All-American Jack Muller (Virginia), 2018 eighth place finisher Montorie Bridges (Wyoming), and NCAA runner-up Stevan Micic (Michigan). DeSanto himself fell one win short of All-American status this season, losing 8-6 SV in the bloodround.

This past season the Hawkeyes qualified nine wrestlers for the NCAA championships, with 133 being the only weight not represented. The 2018 starter, and DeSanto’s competition for the spot, sophomore Paul Glynn compiled a 7-11 record.

If DeSanto is able to crack the starting lineup this year he could be one of two transfers starting for the Hawkeyes. Last summer the Hawkeyes gained the addition of Edinboro transfer Pat Lugo.