Simmons and Breitenbach No Longer at Iowa State 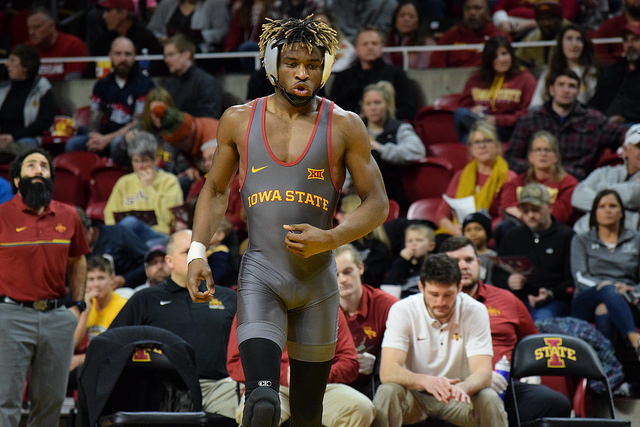 In a developing story out of the Iowa State wrestling room, IAwrestle has learned that sophomore Markus Simmons and junior Logan Breitenbach are no longer  members of the wrestling team.

“We can confirm that they are no longer on the roster.” A university spokesperson informed IAwrestle, “We wish them the best going forward, and they’ve been given a full release to transfer.”

Expected to battle for the 133-pound spot next season, Simmons compiled a 37-23 record over the last two seasons split across three different weights. As a freshman Simmons cut down to 125 pounds before having to abandon the weight midway through the season. In his sophomore season he competed exclusively at 133 pounds, ending the season as the postseason starter where he went 0-2 in his first Big 12 tournament.

Despite being the incumbent starter at 133, many expected Simmons to move into a backup role next season once freshman Austin Gomez hit the scene. As things stood, Gomez owned a 6-4 victory over Simmons that came at the Willie Myers Open in January.

A soon to be senior, Breitenbach departure will lessen the depth of experience for the Cyclones at 165 pounds. A postseason starter as a freshman and sophomore, Breitenbach lost his spot this season to Skyler St. John after St. John won a pair of February wrestle offs to claim the spot. Breitenbach projected to open the 2018-19 campaign third on the depth chart behind St. John and sophomore Brady Jennings, who made a late season push for the spot.

2 thoughts on “Simmons and Breitenbach No Longer at Iowa State”