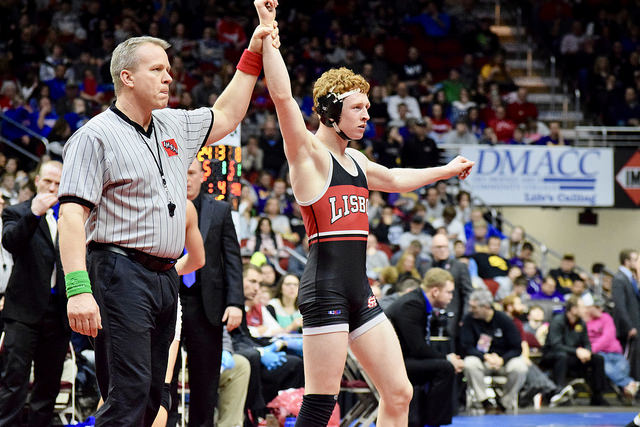 Two more matches have been set for our War at West Gym event as four 2018 state champions, including one from out of state will do battle in Cedar Falls.

The first matchup is a battle of the classes as 1A state champion Cooper Siebrecht of Lisbon will take on 2A title winner Ryan Steffen of Crestwood. A four-time state medalist, Siebrecht reached was able to reach the top of the podium in his final season. Similarly Steffen’s fourth state medal was the sweetest as he came home with the top prize in 2A.

The final matchup announced pits rising senior Boone McDermott of Dubuque Wahlert against Platte County, Missouri’s Sage Smart. Ranked #20 in the country, McDermott made a big statement this season when he defeated Iowa City West’s Francis Duggan in a dual meet, and then doubled down a few days later by pinning Duggan at their conference tournament. He will look to try and continue that positive momentum against Missouri state champion Smart who also has third place finishes at the Cheesehead and Kansas City Stampede most recently.